Timothee Chalamet’s Oscar-nominated performance as Elio Perlman in Luca Guadagnino’s “Call Me By Your Name” (CMBYN) — the film adaptation of the eponymous 2007 Andre Aciman novel — has captivated the collective imagination. His commitment to artistic craft, outspoken love for hip hop and thoughtful political behavior during this awards season have all garnered public admiration. While his appeal is understandable, it is important to deconstruct how Chalamet’s dreaminess is contributing to his popularity. Intermittently caring about social change when powerful people advocate for it is perilous because it implies that justice is as essential as our entertainment. That is a problem.

CMBYN has been appropriately lauded for avoiding a hypersexualization of its same-sex romance, having a conclusion void of the macabre reaper which so frequently stalks LGBTQ characters and for depicting a support system for a young protagonist engaging in his own sexuality. Chalamet’s response to CMBYN’s nearly universal acclaim and political backlash alike exemplifies what some problematically find most endearing — his palatability. In an interview with Peter Travers, a film critic for Rolling Stone, Chalamet said, “This story is so important for right now. It is an unabashed celebration of love at a time that is so cynical and sinister — everything is falling apart it seems.”

Chalamet shared similarly thoughtful remarks on the reaffirming presence of stories like CMBYN in President Donald J. Trump’s America throughout the film’s promotional tour and in acceptance speeches for the 20-plus performance based awards he’s earned. This, in addition to his receptivity to criticism regarding CMBYN’s Elio and Oliver’s seven-year age gap and Guadanino’s decision to evade the anxiety of the impending AIDS epidemic and Reagan’s America, has engendered an adoration for Chalamet’s political awareness.

To be clear, Chalamet is not the problem. He is aptly using his platform to draw attention to important socio-political and artistic phenomena that demand our attention. The problem is the audience’s choice to be attentive simply because legitimate commentary is coming from the mouth of a beautiful young white boy.

We live in an era where interpersonal abuse and social apathy are so commonplace that thoughtfulness appears remarkable when it should be the standard. It is careless to characterize Chalamet’s interest in LGBTQ rights as quirky and laudable. By doing so, we assert that justice for the marginalized is less important than our approval of individuals who moderate conversations about oppression. My point is exemplified by the praise Chalamet received after publicly addressing his verbal affirmation of romantic adult love and his subsequent decision to work with filmmaker Woody Allen, an alleged child molester.

Allen is known for his cinematic preoccupation with neuroses and for allegedly sexually assaulting both his biological daughter, Dylan Farrow, and his previous partner’s adopted daughter, Soon-Yi Previn, whom he later married. After months of dodging questions regarding his participation in Allen’s project due to “contractual obligations,” Chalamet commented via Instagram, saying, “a good role isn’t the only criteria for accepting a job — that has become clearer to me in the past few months, having witnessed the birth of a powerful movement intent on ending injustice, inequality and above all, silence.”

Chalamet also stated that he contractually still could not comment on his decision to work with Allen and would donate his entire salary to Times Up, RAINN and the LGBT Center in New York. This contractual obligation assertion was disproven in a HuffPost article but Chalamet was applauded nonetheless for his actions and his nod to the #MeToo Movement.

Working with Allen was a misguided decision which prioritized a strategic career move above the social implication of Chamalet’s choice. It is unlikely that Chalamet was ignorant of the sexual assault allegations made against Allen when signing on to work with him. It is more likely that Chalamet was indifferent until the #MeToo movement emphasized the value of not supporting alleged sexual predators. While it is reassuring to see a young man admit accountability — especially at a time where powerful men are being outed for their exploitive and abusive behavior — we shouldn’t worship people for being decent. When we do, we suggest that the purpose of personal growth is the merit we receive for it, not the compassion we can give with it.

Choosing to be concerned about the political freedoms of LGBTQ people and holistic autonomy for women when it feels most comfortable is irresponsible. We should challenge ourselves to constantly evaluate our prejudice and listen to political commentary, especially when marginalized groups speak out for themselves.

Adesola Thomas is a College sophomore from Hampton, Ga. 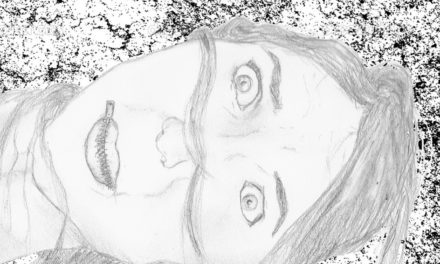 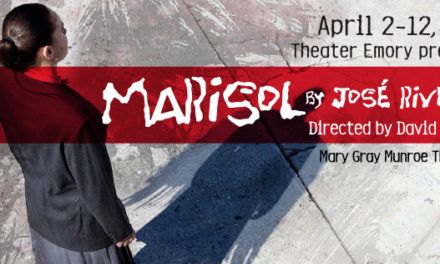 Perspectives From Inside: “Marisol” Lead Natalia Via