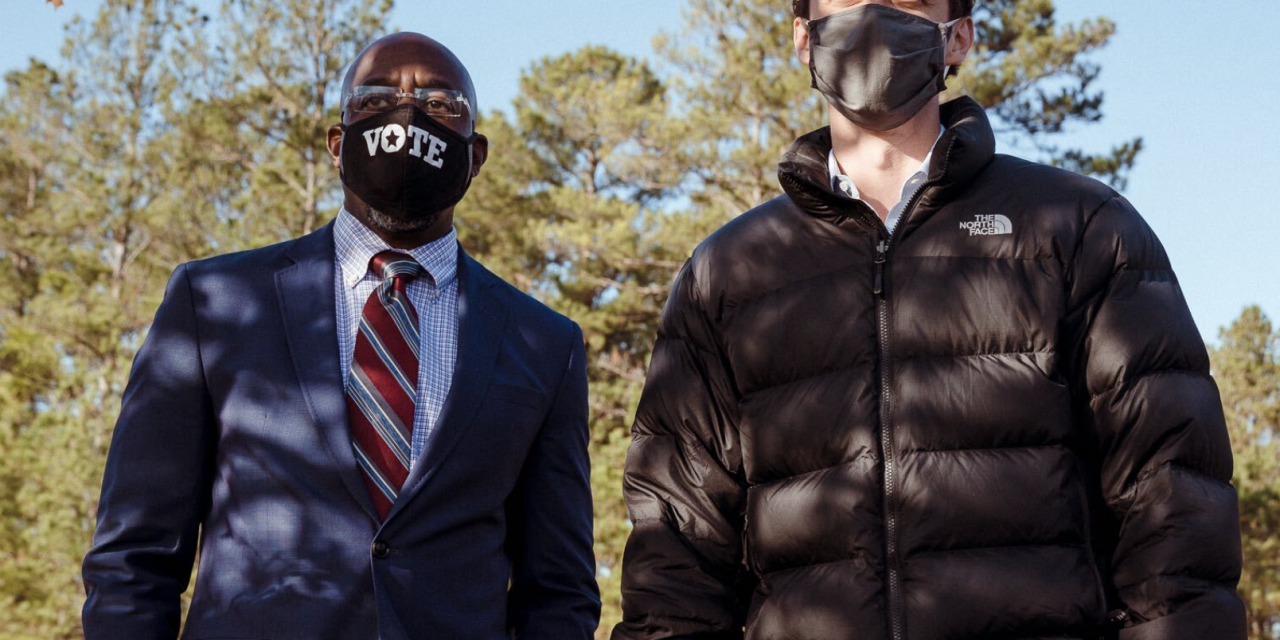 “Unfortunately we came up slightly short in the runoff election,” Loeffler remarked in a Thursday evening video. “Earlier today I called Reverend Warnock to congratulate him and to wish him well in serving this great state.”

Perdue stated, “I want to congratulate the Democratic Party and my opponent for this runoff win.”

Warnock will become the first Black U.S. senator from Georgia and the first Democratic Black senator from the South. The last Black senator sworn into office was Vice President-elect Kamala Harris in 2017. Warnock is also the pastor of the Ebenezer Baptist Church, where Martin Luther King, Jr. preached.

Alben W. Barkley Professor of Political Science Alan Abramowitz explained that African American voters occupied a larger share of the electorate in the runoffs than in the general election, resulting in a larger Democratic vote share.

“The story that we are hearing a lot is that the Republicans didn’t turn out maybe because of Trump’s claims about voter fraud,” Abramowitz said. “The real story to me is … about the way Democrats really got their people out and the minority vote largely coming from the metro Atlanta area.”

“My estimates based on the early vote … and the Election Day vote trends is that about 1.35 million African Americans turned out in the runoff election,” Fraga said. “That’s about 92% to 93% of the total turnout for African Americans in the November election in Georgia.”

Fraga said Warnock’s victory displayed that Black candidates can win with the support of white Democrats and white suburban voters, which hasn’t always been the case.

“Democrats have been hesitant to put Black candidates at the top of the ticket for fears that whites voters and white Democrats would reject those candidates,” Fraga explained. “The election of Rev. Warnock demonstrates that those fears are unfounded.”

“It shows that we’re kind of in a different era of in American politics,” Abramowitz said. “Even in swing states and closely contested races, the emphasis is more on … registering and turning out your own supporters versus trying to appeal to swing voters.”

More voters participated in this runoff election than any previous statewide runoff and turned out at levels comparable to general elections. With close to 4.5 million total votes, overall turnout reached nearly 90% of November. More Georgians voted in this runoff than in the 2016 presidential election, with just over 4.1 million votes were cast.

“Typically turnout in these runoff elections is maybe two-thirds of the vote in the previous election, if that,” Abramowitz added. “In 2008, when there was a Senate runoff election in Georgia, turnout fell from 3.7 million down to 2.1 [million] I believe, so it was only about 56%.”

Although Republican voter turnout came close to their target numbers, Republicans didn’t accurately anticipate the immense voter mobilization these efforts facilitated both during early voting and Election Day, he said.

“We were expecting a drop off of as much as 40% or 20%, but instead it was more like 10%,” Fraga said. “That’s a testament to groups that historically show low turnout in runoffs, like young people and people of color, turning out at higher rates than anyone could have expected.”

Young Democrats of Emory Political Director Kate Flicker (22C) praised “the determined efforts of organizers and volunteers who worked tirelessly to register, educate and turn out voters” and noted the Emory community’s integral role in the election.

The Democratic victories indicate a shift in Georgia’s political composition. Within the last 20 years, no Democrat has won a Georgia Senate seat, and President Donald Trump became the first Republican to lose a Georgia presidential race since 1992.

“Both of them winning sends a message that Georgia is clearly not a red state, [but] a purple state,” Abramowitz said. “Maybe down the road … it’ll become the next Virginia because the demographic trends are pointing in that direction, but at least for now I think we can expect very competitive races.”