Georgia Gov. Brian Kemp proposed budget cuts to several state higher education programs on Jan. 25, according to the Atlanta Journal-Constitution (AJC). The proposed cuts include $4.1 million from the budget of the federal Cooperative Extension Service, which provides resources for agriculture, family and consumer sciences. Other proposed cuts include $3.5 million from the Agricultural Experiment Station, which oversees competitiveness of Georgia’s agricultural industry, and $1 million from the Technical College System of Georgia, which runs Georgia’s adult education program.

Administrators for the University System of Georgia and the Technical College System did not publicly condemn the cuts, instead saying they would not affect the education of Georgia’s students. On net, however, the budget for the University System will increase by $85 million and by $2 million for the Technical College System due to increases in enrollment.

The cost of rent in Atlanta declined by 0.4 percent this past month, breaking a trend of rent increases for the past year. The increase was reported by the AJC using data from a national rent report by Apartment List.

Rent in Atlanta, while higher than the national average of $1,192 per month, decreased in January, while comparable cities like Charlotte, North Carolina, Austin, Texas, and Dallas saw increases. The cost of a two-bedroom apartment in Atlanta is currently $1,200 per month.

Harvard Professor Arrested for Lying About Work With China

Charles Lieber, chair and professor of the Department of Chemistry and Chemical Biology at Harvard University (Mass.), was arrested for not disclosing his ties to a program known as the Thousand Talents Plan and a deal with Wuhan University of Technology in China, according to NPR. The Thousand Talents Plan is a program run by the Chinese government to recruit foreign researchers.

The Chinese government paid Lieber $50,000 and gave his lab in Wuhan $1.5 million. During this time, he also worked with the U.S. Department of Defense and the National Institutes of Health, which required him to disclose his contracts with China. Lieber, however, stated that he had never been asked to join the Thousand Talents Plan.

In June 2019, Emory fired two professors in the School of Medicine for failing to disclose grants they received from institutions in China.

The U.S. Environmental Protection Agency (EPA) has begun efforts to clear a lead-contaminated lot in west Atlanta near Mercedes-Benz Stadium, according to the AJC. The lead levels in the soil were found to be over 2,000 parts per million by an Emory University group in 2018. The levels were well above the standard for an unsafe level of lead set by the EPA. The EPA currently has a budget of $1.8 million to clean the soil and yards of the surrounding community.

The lead may have moved from the lot and into surrounding communities. Old houses in the area that were built on top of slag may exacerbate the lead levels, according to the Emory team. The EPA will test surrounding areas and focusing first on households with young children. 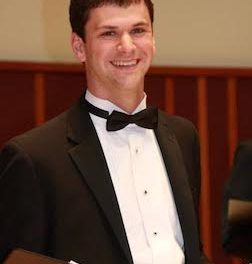