On February 28, 2015, Emory’s Black Student Alliance (BSA) held a Black History Month Gala at which College freshman Raianna Brown performed an original dance routine. The performance was called “I Can’t Breathe,” in response to the killings of Michael Brown and Eric Garner by police officers.

“I see an epidemic of racial injustices in our country and I wanted to say something about it,” Brown wrote in an email promoting her routine. According to Brown, dance is a language in itself and a way of expressing concepts. It was for this reason that Brown chose to express her thoughts on racial injustice by choreographing and performing in the “I Can’t Breathe” routine.

When Brown reached out to the artistic community, she found an abundance of other artists who wanted to make their voices heard. A total of 13 Emory students were involved in the performance. College sophomore Justin Moore, who also participated in the dance, revealed that the experience was moving for the dancers because they all cared about the issue of racial injustice.

“Their bodies became the vessels for which I would set my work,” Brown explained at the Black History Month Gala about the other dancers. “Tonight you will witness a collection of voices making our voices heard through our movement.”

Moore agreed that Brown’s goal of making the dancers’ voices heard was achieved. “Raianna really wanted it to be a group of passionate people coming together to dance a piece instead of a group of dancers coming together to mimic each other. So there was a lot of freedom to incorporate your own style and technique,” Moore said.

Brown grew up in Stone Mountain, Ga., but went to high school in downtown Atlanta. She is studying both industrial engineering at the Georgia Institute of Technology (Georgia Tech) and dance at Emory.

“At first, I did have apprehensions about going to a technology school. Dance has always been a large passion of mine so I wanted to continue to study it professionally in college,” Brown explained her decision to study at two universities.

Brown has been practicing dance for 15 years. In her first year of college at Georgia Tech, she maintained her dancing at a local studio. She has been able to study dance at Emory while attending Georgia Tech as her home institution since the fall of 2014, due to the Atlanta Regional Council for Higher Education (ARCHE) cross-registration program. ARCHE is an organization that strives to provide students with opportunities to study in more than one of Atlanta’s numerous colleges.

“Both of my schools are so willing to work with me to help me achieve my goals in both engineering and dance,” Brown said.

Despite the support from the two universities, Brown is still concerned about the scarcity of black students in her environment.

[quote_box name=””]I can’t help but notice when I walk into a room or around a campus and see no one that looks like me… It’s my inspiration to make the presence of people like me more prominent in these institutions.[/quote_box]

It is racial inequality that prompted Brown to express herself through dance at the Black History Month Gala. According to Brown, her anger and frustration caused by the inconsideration for black lives was translated into dance movements. Brown transferred those dance movements from her mind to the bodies of dancers so that her thoughts could be witnessed.

Moore recalls one of the most memorable parts of the performance was when all the dancers shouted the names of those killed by police officers.

“It was as if in that moment, we were fighting for our lives as well as those who have lost theirs,” Moore recounted.

The dancers seemed to be pleased with the outcome of their performance. “The response to the piece moved me,” Brown said.

“People told me the piece moved them and made them eerily uncomfortable because it made them really think about what this atmosphere can do to the African-American youth.

When asked about the role of dance in pushing social justice forward, Brown wholeheartedly agreed that dance could have an important role. According to Brown, “resolutions to social justice issues begin with honest and unfiltered conversation, and on stage that’s what we had with each other and with our audience.”

Brown also stated that black students at predominantly white institutions should continue to assume positions of power that will help push forth progress.

“Black lives do matter, not only to us as black citizens, but to this country as a whole,” Brown said. “And until that comes to fruition, we are only doing an injustice by silencing ourselves. Until then, we can’t breathe.” 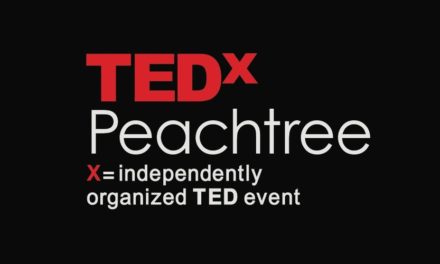