Active Minds (AM) in Emory is a chapter of Active Minds’ national organization that is dedicated to changing the conversation of mental health on college campuses and aims to dispel many of the myths and stigmas that surround mental disorders, as well as encourage people to seek out help with difficulties pertaining to mental health and mental illness.

Active Minds has made its presence known on Emory’s campus through its many outreach programs and awareness campaigns. At the end of each semester, Active Minds carries out a Stressless Week during which it pass out care packages of candy and other sweets for those overwhelmed by finals. From Sept. 10 to Oct. 4, 2015, they will host a Suicide Prevention Week during which they will hold student-led discussions regarding depression and anxiety, as well as how to overcome those obstacles through positivity and outreach. 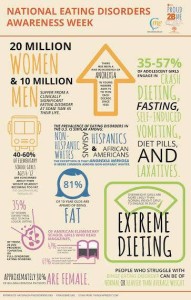 For Eating Disorders Awareness Week, which this year occurred from Feb. 22-28, they sponsored the play “What’s Eating Katie?” which is going to become an annual tradition.

The main event Active Minds hosts is the Speak-Out. Every semester they conduct a speak-out for mental health, where people can anonymously or publicly share their experiences with mental health, depression and anxiety.

“Many people find this to be empowering and cathartic,” Active Minds’ co-president and College sophomore Ethan Alwaise said in an interview with the Wheel. “It was a really cool experience hearing other people’s experiences, and how they overcame or are overcoming their struggles.”

Alwaise has had personal experience with mental illness, specifically depression, in high school. When he came to college and heard about Active Minds, he immediately joined.

“It’s been a rewarding experience. I think it’s something that is overlooked and not talked about, and working with a group of people who want to bring awareness to it is awesome,” Alwaise said.

Students can even find connections between Active Minds and psychology classes at Emory in terms of learning about the brain.

“I became interested in Active Minds because I have watched some good friends suffer and struggle with mental illness,” College sophomore Emma Burgin said. “Active Minds wants to help start the conversation about mental health and to reduce stigma that surrounds it. I am also a psychology major, and have learned a lot about how the brain works, and how complicated it is.”

Personally knowing those who suffer from or personal experience with mental health problems can be a major motivator for people to join Active Minds. College junior Felicia Lombardi become involved in Active Minds after seeing family members suffer from mental illness.

“I was drawn to Active Minds because I wanted to make a difference in how mental illness is perceived in our society, not as a weakness but as a true illness,” Lombardi said. “More personally I became interested in it because two of my close family members have suffered from mental illnesses and I have seen how difficult and devastating it can be to both them and their friends and family.”

Lombardi found a welcoming and genuine community among the members of Active Minds.

“I continued to become more involved because I met people not only with similar goals, but also people that genuinely cared about other people’s well-being,” Lombardi said.

Active Minds is a relatively-small organization that aims to increase the amount of panels, discussions and awareness campaigns during each semester in order to spread the word about mental health.

“We reach a broader range of students through promoting ways to improve mental health, which can translate to improvements in academics,” Lombardi said.

Active Minds also tries to communicate the point that the organization is not just for those who have or have struggled with mental health disorders.

“This is something we like to tell people when they ask about why what we do matters,” Alwaise said. “Everyone doesn’t have a mental disorder, but everyone has mental health. It’s important to be aware of that and take care of yourself.”

Burgin believes that Active Minds has an important role in the Emory community that can translate to larger implications in society’s future.

“Our work is important on the college campus, due to the huge changes college students have to go through,” Burgin said.

[quote_colored name=”” icon_quote=”yes”]They need to realize if they are having issues or going through something, they aren’t the only ones who feel that way, and they can get support and help.[/quote_colored]

Burgin believes that we can make an impact on society through a better understanding of mental health, he said.

“We are a new generation, and therefore we can start to change how society views mental health.” Burgin said.