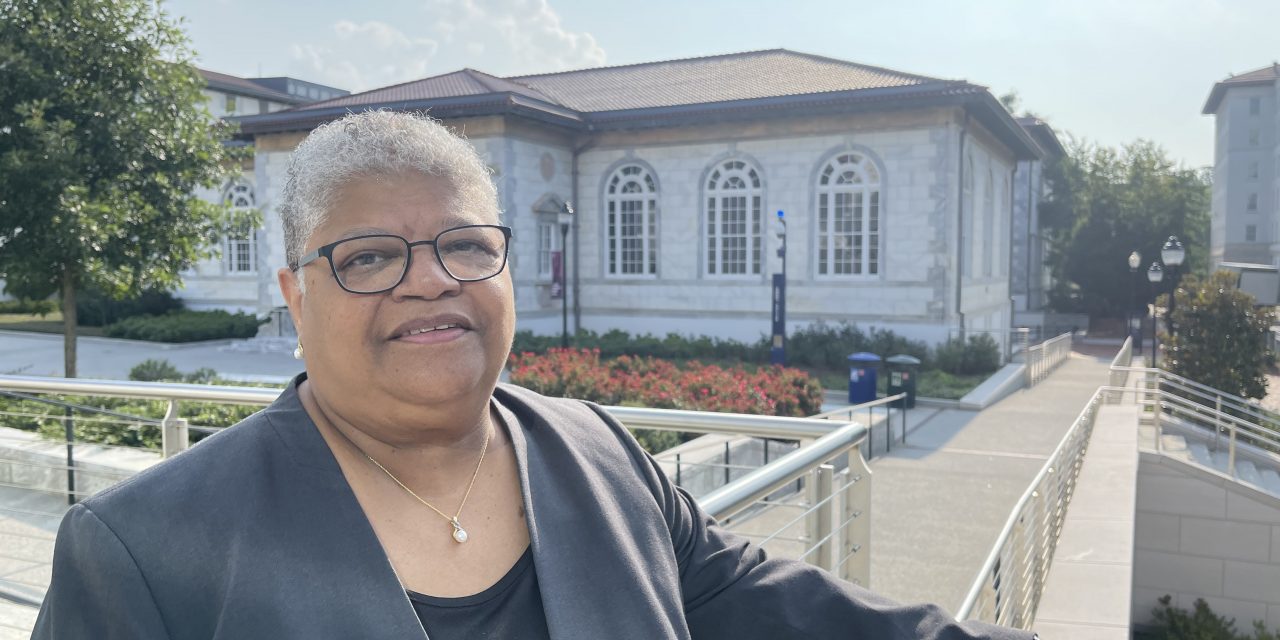 A member of Emory Police Department (EPD) for 23 years, EPD Chief Cheryl Elliott has long committed to Emory University law enforcement. Even after her retirement from deputy chief in 2017, Elliott took on a consulting role from 2017-2019, during which she developed EPD’s Policy Manual.

Elliott told the Wheel in a Jan. 20 interview that she didn’t have hesitations about assuming chief of police, having spent 33 total years in higher education policing.

“There wasn’t much that they needed to do to convince me to come back as much as it was wanting to make sure they needed somebody like me,” Elliott said. “I took the job thinking [it was] kind of an interim position, but it never got there. By the time I got to the last interview, they asked me to take the job.”

One of Elliott’s commitments to the University community when she accepted her position in August 2021 was to increase communication between the police department and students, faculty and staff. While stunted by COVID-19 gathering restrictions, Elliott said a partnership with Justice & Sustainability Associates (JSA) has helped Elliott jumpstart these conversations.

Acknowledging her position as a Black woman in law enforcement, Elliott has addressed the historic oppression of Black people by the police.

“As a native of Atlanta, Georgia, I have personal experiences of being followed in retail establishments and on public transportation,” Elliott wrote in her public appointment announcement on Aug. 31, 2021. “I have lived through legalized segregation and have had guns fired at me in the 1970s when trying to use a public bathroom outside of Dublin, Georgia, due to the color of my skin. These experiences have shaped my life and have reinforced my commitment to redefining public safety.”

Following the resurgence of the Black Lives Matter movement in the summer of 2020, the Coalition of Black Organizations and Clubs released a list of university demands in June 2020. One of the demands called to disarm and defund EPD. The group indicated that funds could be reallocated to “better equipped crises-prepared professionals.”

While Elliott was not involved in EPD in a formal capacity during the nationwide calls to defund police in the summer of 2020, she said she was still impacted by the philosophy of the movement.

“Do I believe in the process of Black Lives Matter? Of course I do,” Elliot said. “I come from a granddaughter of slaves. It’s not pleasant to understand racism..”

Elliot’s own son participated in a Black Lives Matter march in New York. The chief said that she was an early supporter of the civil rights movement and Martin Luther King Jr.’s method of nonviolent protest and previously marched in protests at Indiana University.

“We must respect that space, allow people to be in that space and to be able to be heard,” Elliot said. “It’s important that you have a way to express yourself on campus and to let you know, as a group, to get that group identity and it makes you stronger.”

While Elliott has acknowledged calls to defund the police, she raised skepticism about the potential impact of this request.

“Training requires dollars; we have to have a well trained police department,” Elliott said. “So, to defund me for cutting some particular program that you want, we have to sit down and discuss what program is it that needs to come out of the budgets of the entire University, not just the police.”

After the coalition drafted their demands, EPD commissioned JSA to provide feedback on the department’s policing standards. JSA found that EPD could clarify a few of its policies, Elliott said. These policies included EPD not using chokeholds, having a mediation process and not shooting moving vehicles.

“There can’t be a situation where you say never, but that’s not our policy,” Elliott said. “We don’t shoot in vehicles that are moving away, but the language of our prior policy left some questions as to whether or not that was possible.” 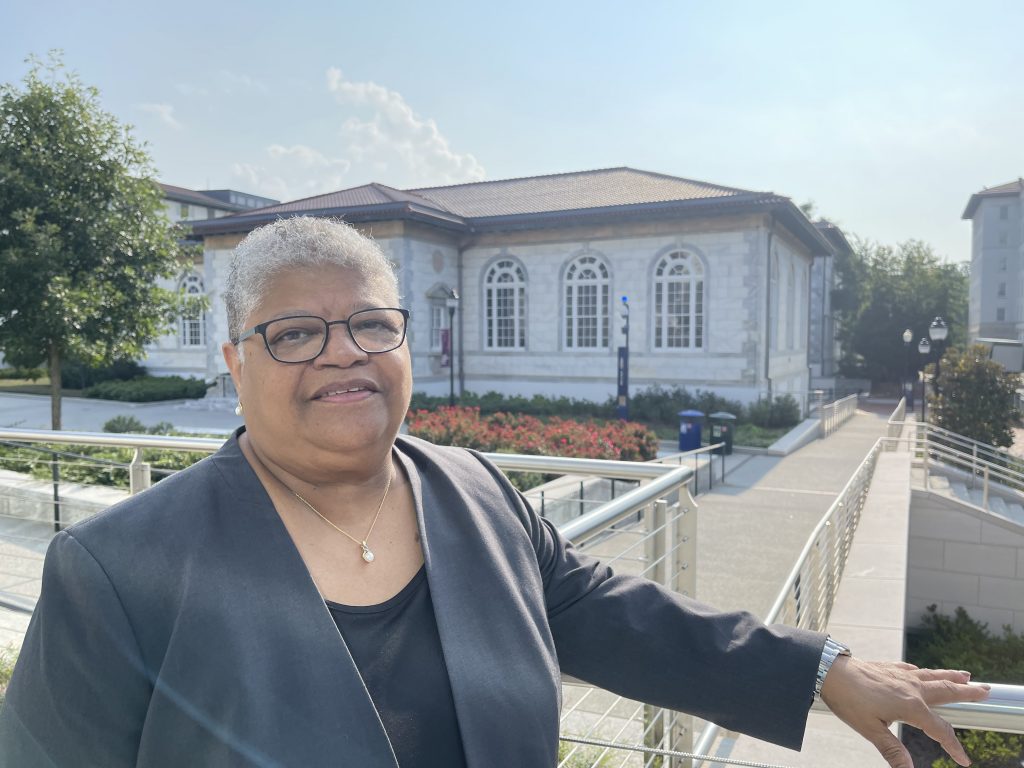 Since 2016, EPD reported 35 uses of force by an Emory police officer.  Use of force includes a firearm being fired or drawn; a taser being fired, pressed or pointed; pepper spray being sprayed or pointed; a baton being used to strike or brandished; and several physical restraining methods. In 2021, there was one incident of a brandished firearm, one “takedown” and one restraint using hands.

With help from EPD Communications Director Morieka Johnson (94C), Elliott emphasized the importance of an accessible and genuine mediation process that goes beyond sending an apology letter to a constituent.

Mediation works by having a person with a concern meet with the officer or an EPD policy representative with the goal of both parties reaching a state of agreement, Elliott explained, crediting JSA for the idea. Johnson acts as a mediator in these instances, and Elliott said a few mediations have taken place since she became chief.

EPD is also currently working with JSA to establish the Citizens Advisory Board for the chief of police, which Elliott expects will roll out within the next 90 days. Additionally, EPD will send a sergeant to a Criminology and Data Management course at the University of North Carolina to get information on how the department can improve its practices.

Elliott said she is optimistic about these changes, as she found some policies needed clarification when she developed Emory’s police manual in her former position. Manuals should be a “living document that is constantly being refined so that it can reflect best practices,” Elliott stated.

She also stated that she has worked toward greater campus communication and transparency by being active with the Office of Diversity, Equity and Inclusion as well as faculty and staff. While she has not engaged with the Black Student Union yet, although they are “on a list” of student groups to interact with, Elliott said she has conversed with members of historically Black Greek organizations on campus.

While EPD had reformed their policing standards over the past couple of years, Elliott noted that the department has tended to be progressive, especially when compared to other police departments.

“The emphasis here is that we do evidence-based policing,” Elliott said. “Probably 20% of an officer’s time is spent reactively. … The rest of the time is spent in some form of patrol or follow up. I’m looking to take some of that time and make certain that we’re addressing problems so that we become problem-oriented in our approach.”