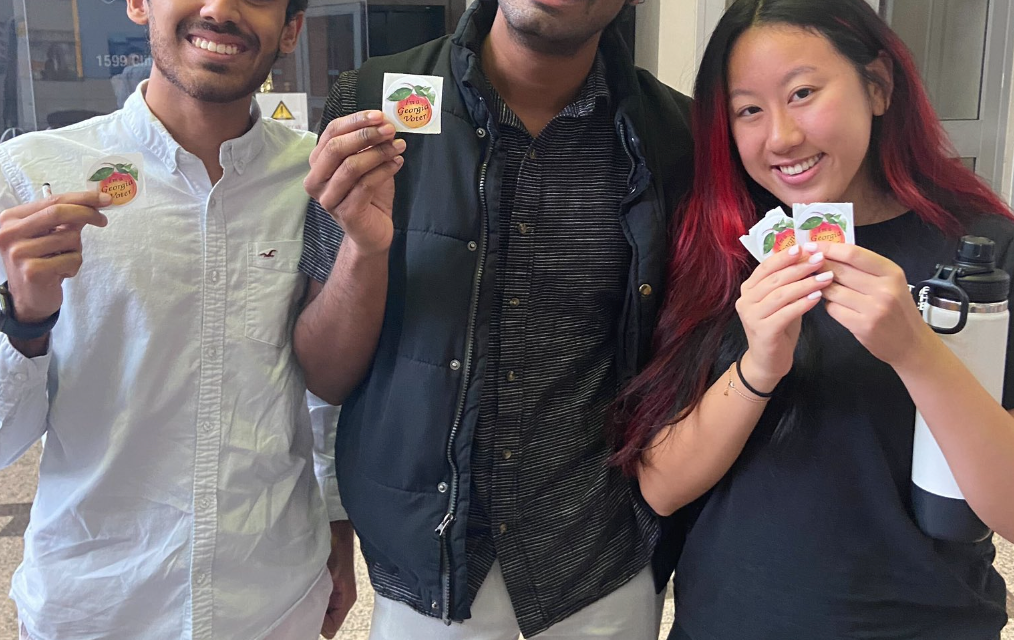 There was no line when Emory University’s 1599 Clifton Road polling station opened on Election Day at 7 a.m. Michelle Tucker (25C), who voted for the first time in the midterm election, was the first to enter the polls.

“I’m really excited,” Tucker said. “I think I made some good choices.”

The 1599 building only recently started being used as a polling center, beginning operation for the primary election on May 2. While managed by DeKalb County, Emory’s Office of Government and Community Affairs collaborated with Emory Votes Initiative (EVI) to provide volunteers to oversee the site. 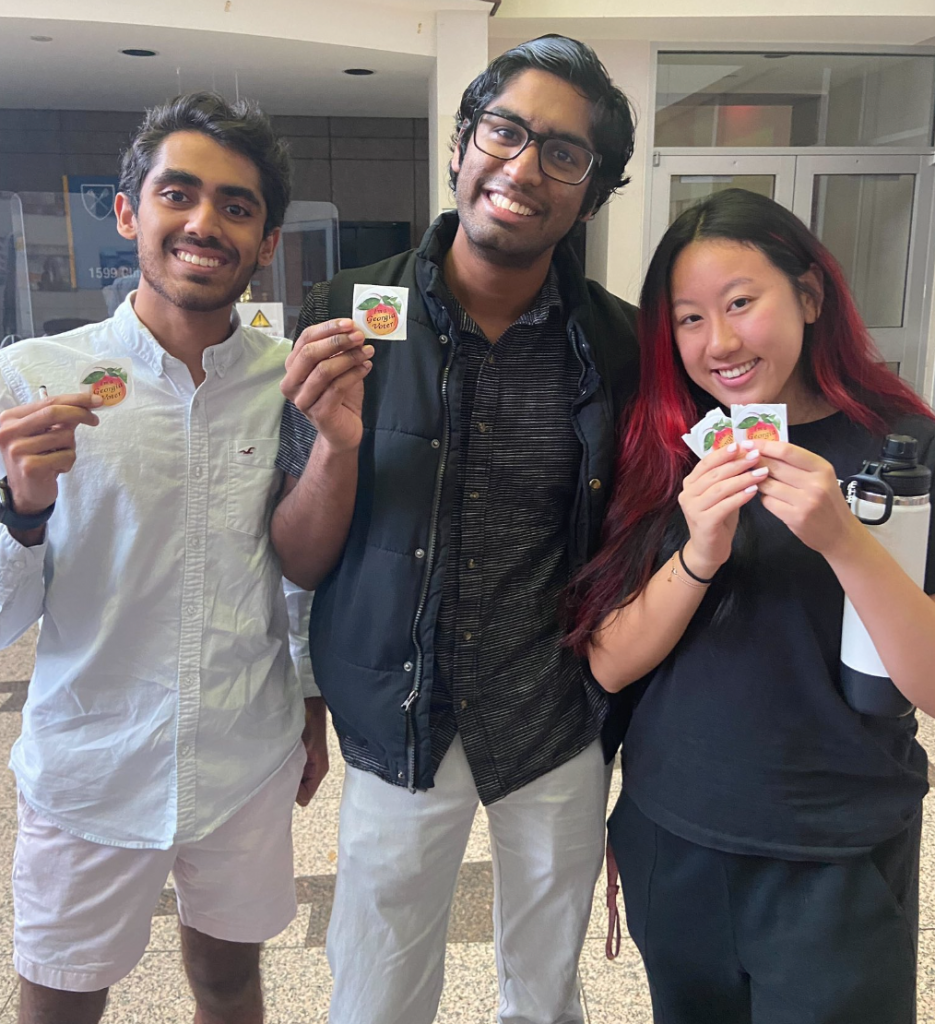 Anish Nashine (24B), Ash Shankar (23B) and Christine Zhu (23B) hold up their stickers after voting at the 1599 Clifton Road polling station. (Sarah Davis/Managing Editor)

More than 14,000 people voted at the polling site during the early voting period, according to Assistant Vice President of University Communications and Marketing Laura Diamond. EVI Program Coordinator Hannah Joy Gebresilassie said the volunteers stepped in when the line went out the door during the last day of early voting on Nov. 4.

“Their job with operations is to make sure that there’s a line structure and format,” Gebresilassie said. “We correspond with the poll workers to make sure everything’s running smoothly and then we get students involved.”

On Election Day, however, voters had little to no wait times to enter the polls. Within the last hour of voting, turnout was sparse, with only about 20 people coming in and out of the precinct to cast their vote. This surprised Fiona Chen (25C), who visited the polling station around 8:30 a.m.

“I came really early because I thought there was going to be a long line, but there isn’t,” Chen said. “I don’t know if it’s because it’s the morning and no one’s awake, but it was really easy.”

Joyce Korir (23B), who works in Emory’s Center for Civic and Community Engagement, said “the voting went fast” and gave a shout out to Gebresilassie for her work overseeing the polling center.

Voters praised the polling station for its easy-to-follow instructions and said the connected parking deck, which was free during voting hours, made the site more accessible.

“They made it really idiot-proof, in a sense,” Christine Zhu (23B) said. “All the directions were there, and it was really easy to follow … I’m hoping it stays that way for this election day.”

This election, many students voted for the first time in Georgia. Kaleb Branch (24C), who is originally from Arkansas, changed his registration to Georgia for the midterm election. He said that the states’ elections were “important for me, especially being a minority in both.”

Branch, who voted on Nov. 8, said he received a warm reception at the polls and reported that the “process was pretty simple.”

“I did a little research before I got here, and then they just kind of guided me on what to do,” Branch said.

On Election Day, students, poll workers and staff at the 1599 Clifton Road precinct worked together one last time to finish out this election cycle.

“It’s so powerful to see everybody working together,” Gebresilassie said on Tuesday morning. “It’s kind of emotional: you’re seeing a multi-generational, inter-generational mobilization movement, and I’m excited to see what happens tonight and tomorrow.” 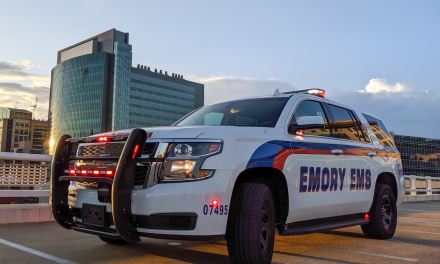 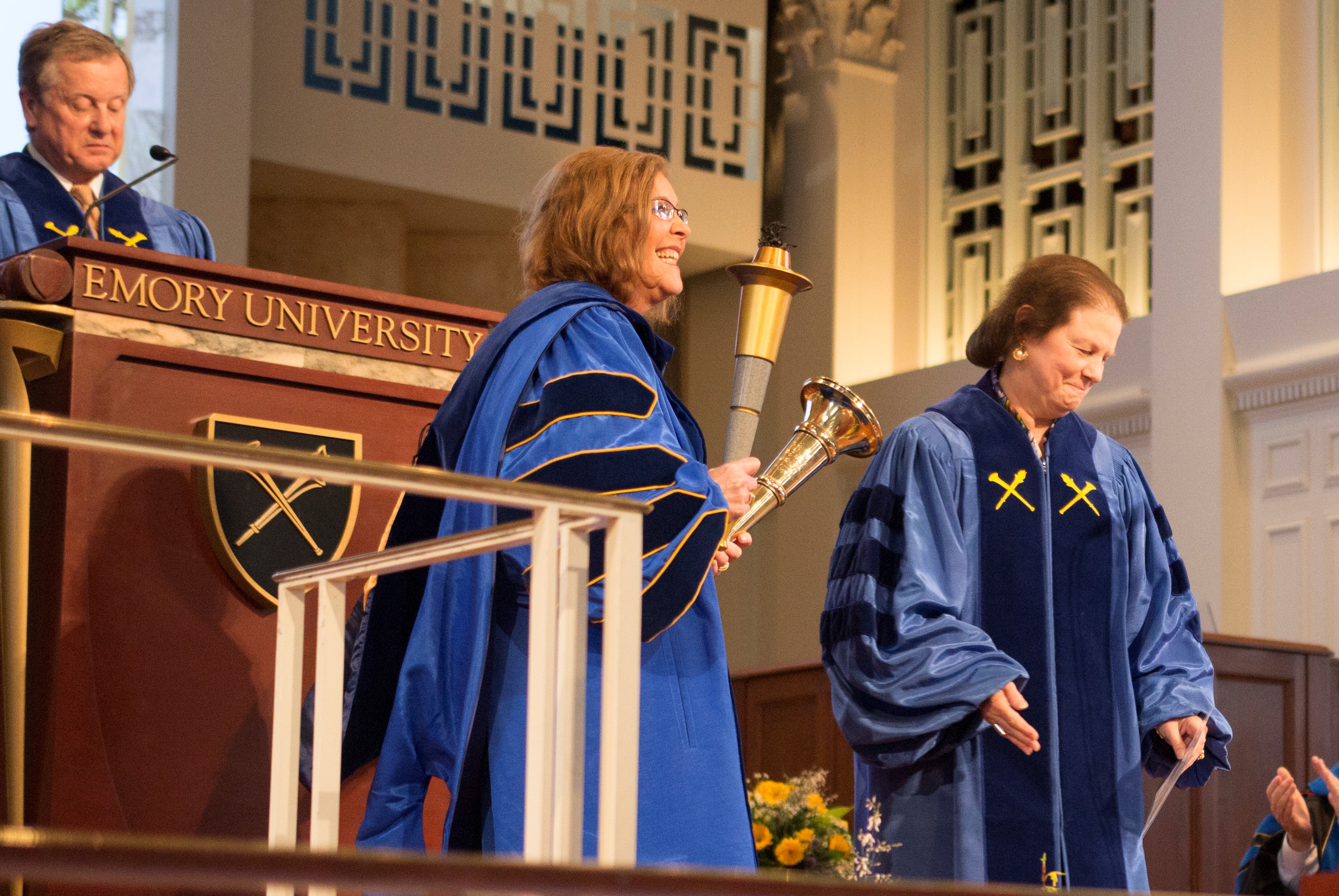