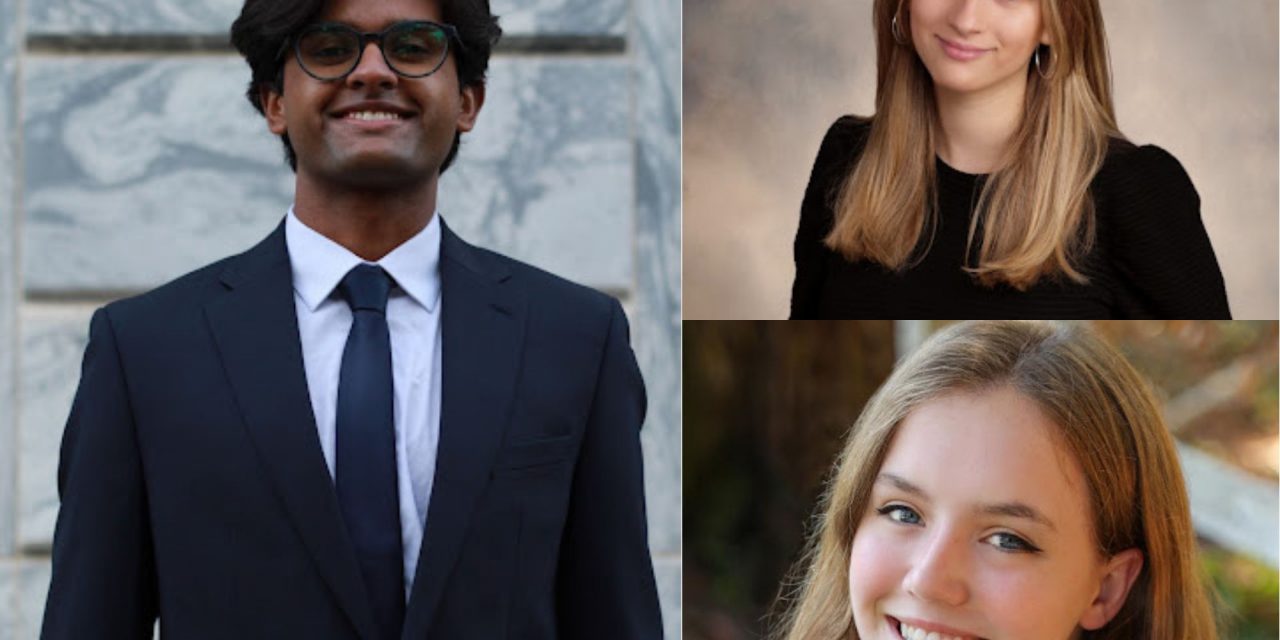 As an eager first-time voter in the Georgia midterm elections, Kate Richardson (26C) did her research.

She went about her voting preparation “academically,” researching all of the candidates and issues on the ballot for this election from various websites to inform her vote.

Abby Charack (26C) did the same. Charack said she reads the news every day to stay up to date on candidates’ campaigns.

“The biggest thing I do is I kind of just pay attention,” Charack said. “I didn’t do anything super crazy before the election because I just kind of stay in touch on a regular basis.”

However, Charack did note that she was not as well versed on the amendments to the Georgia constitution on the ballot. To prepare to make informed decisions on these issues, she used Ballotpedia, which provided a summary of the “smaller” things on the ballot.

“It really allowed me to be sure on the way I wanted to vote on those issues because they’re a lot smaller in terms of political scale, but they’re just as important,” Charack said. “Local stuff like that is very important and affects people so it’s important to stay educated.” 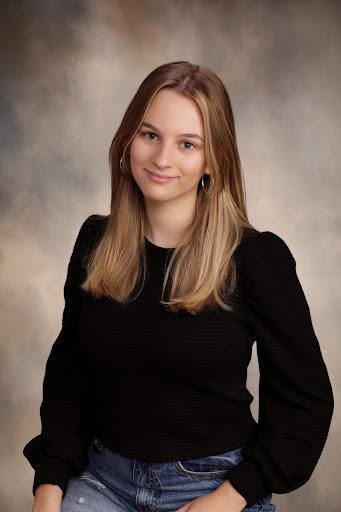 For Pranay Mamileti (26C), who has been actively engaged with politics for years and is the current Communications Chair of Fair Fight U, his first time being able to vote was long anticipated.

“I spent a lot of time in high school working on elections and working in politics, and I think it hit me when I was selecting a certain candidate from the poll that for the first time I could put my money where my mouth was, for lack of a better term,” Mamileti said. “I was actually able to vote for the people that I had been working so hard to get elected and actually do my civic duty in that way, and that was a very powerful experience.”

After hearing the “horror stories about the lines on election day,” Charack voted early at the 1599 Clifton Road polling site.

“It was very exciting to not have to just be like a spectator of politics anymore,” Charack said. “If I had to use one word, I’d say gratifying, to be able to be a participant for the first time instead of having to spectate and go to the polling place with my parents.”

Charack said she voted for Raphael Warnock and Stacey Abrams because their campaigns resonated with her political ideology and she said she appreciated their concrete plans to combat issues like voter suppression and abortion.

“With her own organization, Fair Fight, [Abrams has] been doing so much work trying to get Georgians involved in politics and making sure they’re able to vote and registered to vote,” Charack said. “I think that all that work is super important.”

Mamileti also considered local and state issues that his vote could impact in Georgia.

“Making sure we access all the funds we are entitled to as Georgia residents that the Georgia state government does have access to so that we can actually help Georgia residents — that’s a big reason why I voted for Stacey Abrams,” Mamileti said. 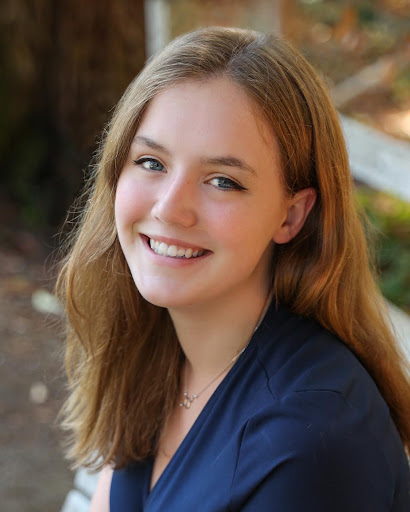 College is a very formative time in student’s lives, and often marks a lot of firsts—arguably one of the most memorable experiences is students’ first time exercising their right to vote.  Some Emory students, such as Richardson, changed their registration from their home state to Georgia, where they felt their vote would make a greater impact.

“Compared to California, Georgia is much more of a swing state, and with the recent changes like Roe v. Wade being overturned in the South, I see a general regression in a lot of political precedents that we’ve set forward,” Richardson said. “I thought my vote would be really powerful, compared to if I was voting in California, which doesn’t tend to flip as much.”

Registered Georgia voters had the opportunity to vote early between Oct. 28 and Nov. 4. It was the first year for Emory’s own designated polling place, which many students took advantage of out of convenience.

“I literally just walked over from my dorm to the voting site, I filled out a form and it took me five minutes altogether to vote,” Charack said.

“Since this was my first time voting, I was a little nervous about the process, so I thought that voting early would give me the best chance of really being able to ease into the process and not get too stressed out,” Richardson said. 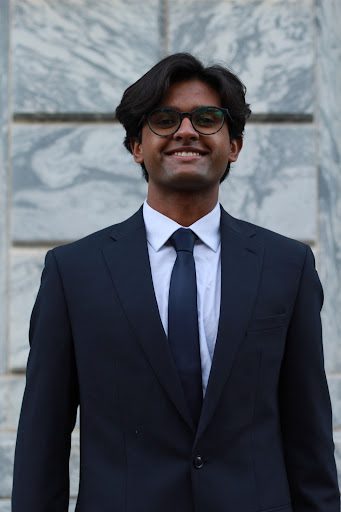 After years involved in politics, Pranay Mamileti (26C) casted his first ballot during the ‘Party to the Polls’ event.

Mamileti voted on Oct. 28 alongside a group of Emory students who marched to 1599 Clifton Road for the “Party to the Polls” event, which was hosted by four student advocacy organizations — Fair Fight U, Asian American Pacific Islander Desi American Activists,NAACP and Emory Votes Initiative —  in an effort to mobilize the campus vote.

Mamileti said that the event was “great.”

“That’s exactly the type of stuff that Emory’s campus should be doing in order to turn people out [to vote],” Mamileti said.

He also recommended that more students utilize the resources provided by student organizations that put a lot of effort into providing “ballot breakdowns,” which contain information about all of the candidates from a non-partisan view.

Mamileti is passionate about issues of voter suppression, something he kept in mind when selecting candidates on the ballot.

“There have been a lot of policies that have not made much of an attempt to hide that their sole purpose has been to make it harder for minorities to turn out and vote,” Mamileti said. “In a healthy democracy, everyone should have equal opportunity to vote and that should be the very baseline.” 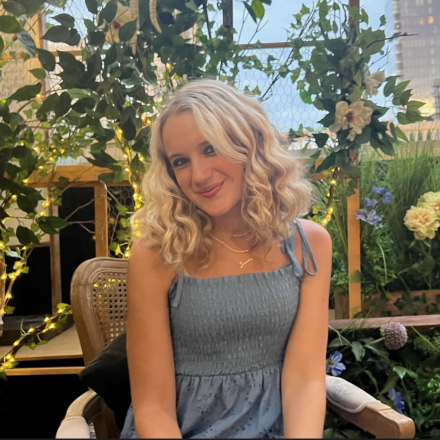 Jordyn Libow (she/her) (25C) is from Greenwich, Connecticut, and is double majoring in English and Psychology & Linguistics. Outside of The Wheel, she is the public relations chair of Emory's chapter of Liberation Through Education, and enjoys writing poetry, going on walks, and drinking copious amounts of coffee.

Emory to Accept up to 32 Displaced Puerto Rican Students 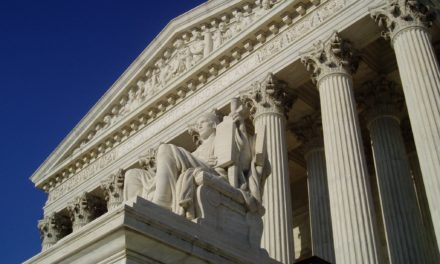 Scrambling After Scalia: Why Trump’s Policy on Judicial Nominees is Terribly Misguided