Classic Books You Should Read: Julio Cortázar’s ‘Letter to a Young Lady in Paris’

Recently I decided that I won’t be returning to campus for the spring semester. It’s a pragmatic decision, one which took into account those morbid calculations we’ve grown so accustomed to during the COVID-19 pandemic. Pragmatism aside, what I’m left with is another six months stuck, and relatively alone, in the same apartment. These pernicious feelings of claustrophobia and dejection are what prompted me to revisit one of my all-time favorite short stories — Julio Cortázar’s “Letter to a Young Lady in Paris” (“Carta a una señorita en París,” 1951).

Written in the form of a letter from the narrator to the owner (Andrée) of a posh Buenos Aires apartment, “Letter to a Young Lady in Paris” is about mounting anxiety in a small space. The plot is relatively simple. As soon as the protagonist arrives, he pukes out a bunny. Since he can’t bring himself to dispose of the critter, he decides to store it in a lockable wardrobe. A day passes and the incident repeats itself, another bunny goes in the closet. They sleep during the day, but at night, he is forced to let them roam free in the apartment. The number of rabbits grows progressively, and so does the resulting mess. Once the 11th bunny is born, the protagonist is forced to take action.

On my first reading of “Letter to a Young Lady in Paris,” I focused on the more obvious themes of the text. For example, the narrator’s power to bring these creatures to life, yet inability to control them, has deeply religious and existential connotations. He even seems to recognize his own position in the narrative: “I’d like to see them being quiet, see them at my feet and being quiet — somewhat the dream of any god, Andrée, a dream the gods never see fulfilled.”

After rereading the story during the pandemic, I find myself focusing on a different theme. What draws my attention now is how much I relate to the narrator. Like him, I feel trapped and helpless. The protagonist’s anxiety, like my own, is driven by the feeling that he is no longer fully in control of his life. As he says at one point: “I don’t know how I resist Andrée, you remember that I came to your place for some rest. It’s not my fault I vomit a bunny from time to time.” Rest is one of those funny contradictions of the pandemic, isn’t it? So is productivity, which the protagonist also can’t seem to reconcile.

Cortázar doesn’t allude to anything in particular with the rabbits. Rather, he’s giving us a glimpse into a universe where a man really can disgorge such creatures. Whether or not such a situation is believable is irrelevant. What’s important is that the anxiety and despair that derive from this preliminary irreality are, in fact, real.

Cortázar’s tone is riddled with guilt and claustrophobia, but it’s a particular form of guilt. The elegance of the apartment, coupled with the protagonist’s responsibility to maintain it, is oppressive. His discomfort is such that he comes to feel he is there against his will. All of the protagonist’s actions  disturb the equilibrium of the place. Because he knows the natural order is slowly degrading, he feels unwelcome in Andrée’s apartment. I can’t help feeling a similar kind of melancholy about the home which, with the introduction of work and stress, I’ve come to devalue during these months of quarantine.

Though six more months of social distancing has admittedly dimmed my outlook, I don’t want to give off the impression that “Letter to a Young Lady in Paris” has only reaffirmed my foreboding outlook on the coming semester — quite the opposite. In some sense, reading this story has been therapeutic. It is a cautionary tale. Rabbits and ruined furniture aside, the protagonist’s undoing is his own obsessiveness with what he perceives to be an unforgivable offense. The young lady is never given the opportunity to forgive. We all need someone to vent to sometimes, if only to get away from ourselves.

Breitman’s article is part of an ongoing column featuring reviews of classic books that one should read. Read the other articles here. 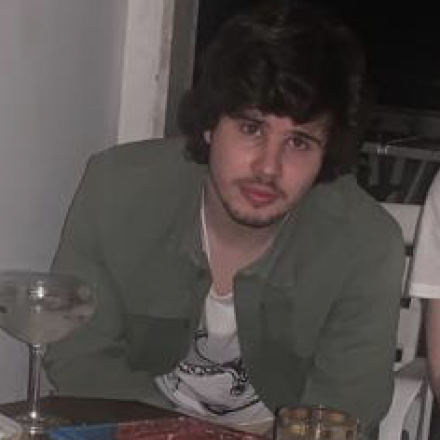