Following a lackluster 9-10 record in non-conference competition, the Eagles needed a strong start to UAA play to keep themselves in the running for a bid to the NCAA Division III World Series.

Emory started the four-game set at Case Western with a 5-2 win on March 30. Sophomore starting pitcher Richard Brereton asserted his dominance on the mound and pitched all nine innings. Brereton struck out six batters and allowed only two runs on six hits and two walks.

Heach Coach Mike Twardoski said Brereton is a consistent pitcher, who is able to keep his composure in difficult situations.

“He fights out there and guys love to play behind him,” Twardoski said. “He threw 130 pitches and was able to maintain his stamina in a gutsy performance.”

On March 31, Emory dropped both games in an afternoon double-header against the Spartans, losing 12-6 and 4-3, respectively.

In the first game of the double-header, Emory stole a 3-0 lead after the first three innings. Headed to the bottom of the fourth, Case Western claimed its first lead of the game with a four-run inning. The Spartans added eight more runs to take the game easily from Emory.

Emory’s second game of the day ended in a nail-biter. Case Western claimed an early lead, posting three runs in the bottom of the second inning. The Eagles answered quickly, posting two of their own in the top of the third.

The game remained squared at 3-2 until Case Western added one more run in the bottom of the seventh. Emory sophomore starting pitcher James Robertson pitched a solid game, striking out seven and allowing four runs on five hits and four walks.

Aside from allowing three runs in the first, Robertson said he regained his composure and finished with a strong outing.

“As the game went along I got into a groove and hit my stride,” Robertson said. “I honed in my command and recovered from the first inning.”

With their backs against the wall headed to the top of the ninth, Emory nearly tied the game in the final inning. Chambers knocked a one-out single into left field that brought home Edelman and put Emory behind by only one run with runners at first and second. Brereton and senior first-baseman Bubby Terp failed to bring home the runner on second base, and the Eagles dropped their second straight.

Proceeding to the last game of the series on April 1, the Emory bats went silent as Case Western topped the Eagles 4-0. Although the Eagles out-hit the Spartans 6-5, Emory was unable to put runs on the scoreboard.

Freshman pitcher Christian Bradley started the game and allowed four runs on five hits and a walk — all in three innings. Senior Rhett Stuart pitched the remainder of the game and posted five perfect innings, keeping the Spartans hitless while also striking out four batters.

Twardoski recapped the series and noted that the talent on both teams were pretty equal, but one sequence each game was the difference between winning and losing.

“One play a game, if we didn’t get a hit or [Case Western] got a hit, made the difference in the series,” Twardoski said. “Case Western didn’t really outplay us, but we have to learn how to win and hit in the crucial situations.”

Emory will host Washington University in St. Louis (Mo.) in a four-game set to be played out on April 6-8.

Editor’s Note: Brian Taggett (19C), an associate editor of the Wheel, plays for Emory’s baseball team. He was not involved in the composition of or editing of this article. 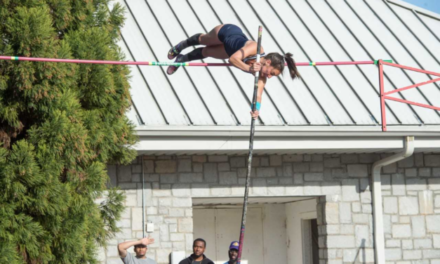 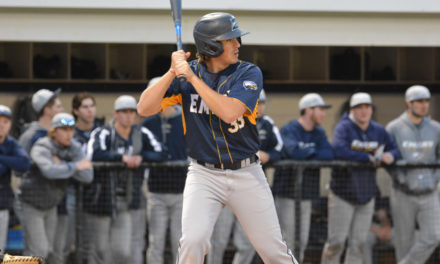