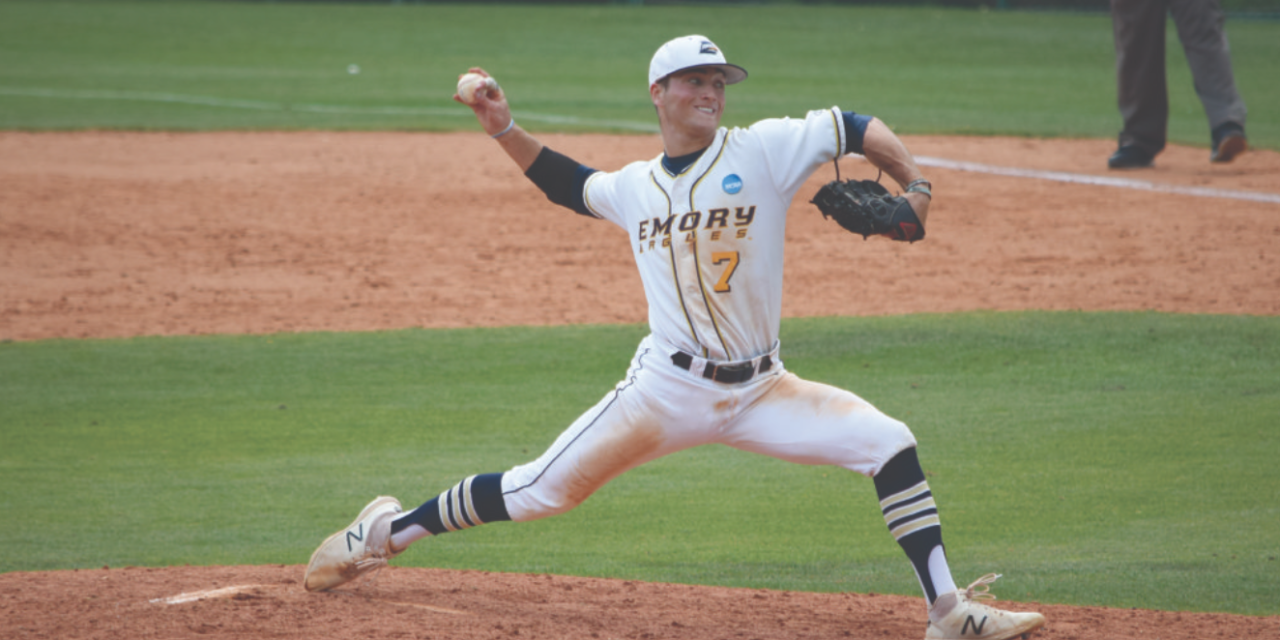 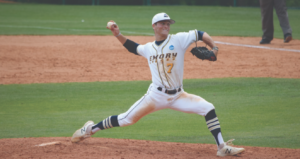 Emory’s baseball team faltered in a two-game set against the Huntingdon College (Ala.) Hawks on April 20 and 21. After dropping the weekend series, the Eagles fell to a 17-17 overall record.

The Hawks shut the Eagles out, earning a 4-0 victory in the first game of the series, on the Hawks’ home turf on April 20.

Despite Friday’s loss, Pitching Coach Ryan Mossman praised Brereton for his leadership and the elite work ethic he displayed throughout the season.

“[Brereton] has been the catalyst for our team, playing at elite level pitching and hitting,” Mossman said. “He is one of the best leaders that I have been around, and he sets the bar high for others to follow.”

Mossman commended Freeman’s strong repertoire of pitches and his ability to keep Emory off the scoreboard.

“Offensively we struggled, but [Freeman] kept us off balance with a good slider and fastball,” Mossman said. “He was one of the better pitchers that our team has faced this year.”

Mossman said his pitching staff did not have the best control of their pitches and, as a result, put themselves into too many stressful situations.

“Between walking eight batters and giving up 11 hits, we put on too many baserunners,” Mossman said. “On the mound, we could not keep them off base by either committing errors or throwing bad pitches.”

Emory went into the ninth inning of the game down 7-3, after yielding two runs in the top of the inning. Despite a late two-run charge, the Eagles ultimately fell short and failed to retaliate.

“Defensively, we could not quite get a stop towards the end,” senior first baseman Bubby Terp said. “We had a couple of guys that were also thrown out of the basepaths, which in a close game is really hard to overcome.”

The Eagles and Hawks were scheduled to play a third game on April 22, but the game was canceled due to inclement weather.

Emory will play in its final series of the regular season at New York University on April 27-29 for a chance to boost their University Athletic Association (UAA) record.