A panel of university professors, including Emory Distinguished Professor Salman Rushdie, discussed the human rights of those with disabilities at a panel on Tuesday afternoon (Feb. 24).

The planning for this event has been ongoing since early fall in order to occur during the week-long visit of Kittay, according to Garland-Thomson. However, when she and colleague Reiss realized that Kittay’s stay would compete with Rushdie’s final visit as University Distinguished Professor at Emory, they recognized the opportunity for “expanded dialogue.”

This event was co-sponsored by Emory’s New Leaders/New Thinkers Fund, the Hightower Fund, the Center for Ethics, the Nell Hodgson Woodruff School of Nursing and the Women’s, Gender and Sexuality Studies department.

At the start of the conversation, Reiss noted the timely nature of the discussion, since this year marks the 25th anniversary of the Americans with Disabilities Act, which was signed into law in 1990. The Act prohibits discrimination and guarantees that people with disabilities have equal opportunities as all other Americans.

Reiss began the discussion by asking panelists what “human” means in the context of disability rights.

“I want to focus on the first part of that word, [human rights],” Reiss said. “Because people with certain kinds of disability have been considered not fully human and thus not covered by human rights.”

Rushdie responded to this emphasizing that “if there are such rights, they must derive from human nature.”

“That’s true whether one is disabled or not,” Rushdie said.
Kittay expressed her desire for a concept of humanity that is more inclusive.

“As soon as you start giving a definition of the human in terms of a set of capacities, you wind up excluding some who don’t have those capacities,” Kittay said, citing her daughter, who has cognitive disabilities as an example. “I don’t know if she has the ability to reason, but she is certainly human.”

Reiss then shifted the discussion to language used in the United Nations’ Convention on the Rights of Persons with Disabilities, noting use of the term “autonomy” in the Convention. He also cited Rushdie’s lecture, “The Liberty Instinct,” at Emory last Sunday where Rushdie said, “We are autonomous individuals, and we want to practice our autonomy.”

Reiss asked the panelists what the term autonomy means to them.

Rushdie responded, citing the way autonomy is dealt with in literature.

In order to write any kind of story you have to have an understanding of the characters as distinct cells, Rushdie said. “Without self-consciousness, it is very difficult for a writer to make anyone alive on the page.” Garland-Thomson, who also teaches courses in bioethics, brought up the difficulty of autonomy in many medical decisions.

“Autonomy imagines a capacity to express one’s will, desire, wishes,” she said. “This is complicated because often times the subjects who are involved, whose autonomy is sought in medical decision-making, are disabled.”

Kittay called autonomy a “demanding term,” saying that although autonomy implies self-rule, “most of us, even in our best moments have trouble with self-rule.” She expressed her wish for a shift in language, displacing autonomy with “agency.” She cited self-determination and self-sufficiency as integral parts of the definition of autonomy.

“Self-sufficiency is a myth,” she said, adding that whether one is disabled or not, we all have people in our lives that we are dependent on. Kittay said that her hope is that in the future, we can understand dependencies not in such a negative sense.

Garland-Thomson expanded on the idea of dependency stating that all human beings are dependent and have the need for a supportive environment.

“The main difference between people with disabilities and what we might call able-bodied people is that the able-bodied live in an environment that is built to support them,” Garland-Thomson said.

First-year English Ph.D. student Amy Li, who attended the lecture, said she thought the conversation on autonomy and agency was an interesting topic, “considering what those two words mean and in conjunction with the label of what it means to be human.”

College sophomore Zachary Issenberg said that at the beginning of the lecture, Rushdie’s presence seemed somewhat forced but that, “in the end, [Rushdie’s] input provided a literary and social context to some of the more abstract concepts articulated.” 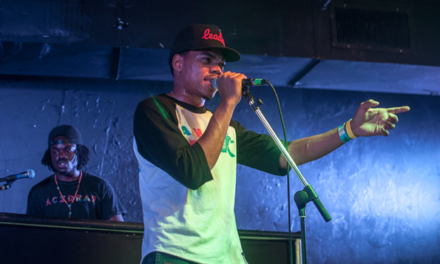