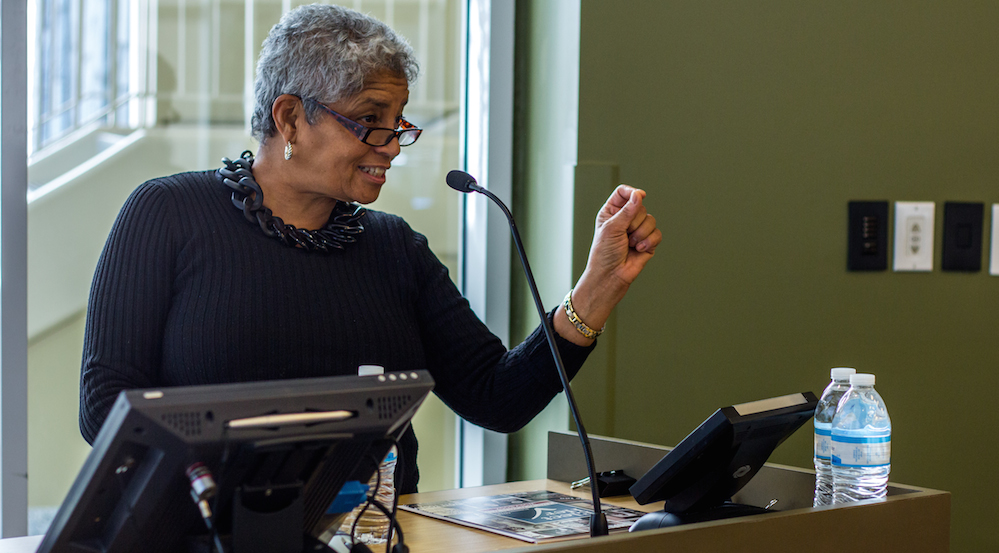 Women must be asked to run for office an average of seven times before considering doing so.

For the 28 women who attended Elect Her: Emory Women Win — a training that prepared participants to run for office — on Saturday, Feb. 7, student government office is one step closer.

The training was part of Elect Her: Campus Women Win, a national program that encourages women to run for student government positions as well as political office. The initiative is the product of collaboration between the American Association of University Women (AAUW) and Running Start, both of which seek to empower women in education and politics.

On Saturday, participants explored research about women in politics, practiced delivering elevator speeches and developing campaign strategies and listened to a number of speakers, including Shirley Franklin, who served as Atlanta’s first African American female mayor from 2002 to 2009, according to Head Coordinator of Elect Her at Emory and College senior Jovonna Jones.

The training concluded with an elevator speech competition among participants. Students also had a chance to speak with one another and members for the AAUW Georgia chapter during a networking reception, according to Jones.

Jones applied to bring the program to Emory as part of her position as a student intern at the Center for Women.

In order to complete the application, Jones compiled statistics on the number of women in student government positions at Emory​, discovering that only six percent of the Student Government Association (SGA) is comprised of women, with no women on the executive board.

She then received a grant for the program, most of which was funded by the AAUW.

The program also received funding from the Office of Student Leadership and Service (OSLS), SGA and the Center for Women, Jones said.

According to College senior and Communications Chair Erica Sterling, Elect Her initially accepted nominations for participants in the training — who ranged in age from freshmen to seniors to graduate students — from professors, offices on campus or students.

However, to encourage more students to attend, they ended up openly registration to all women who were interested.

Sterling said she has noticed a lack of representation of women in SGA and CC while at Emory.

“Looking back at my time at Emory, you don’t see women in the more visible positions,” she said. “It’s a mirror image of our political system.”

According to Jones, women bring an invaluable perspective — that is often not taken into consideration — to student government.

“We’re still living in that legacy of inequity,” she said. “Emory is not separate no matter how progressive and liberal we think we are.”

Additionally, Jones said that in comparison to other schools, she felt that Emory students had more access to administrators. Consequently, students may not find it necessary to work through student government positions to reach important faculty members.

However, she added that student government officers still have significant influence, even if many students don’t recognize it.

Sterling agreed, encouraging students who are interested in affecting change to get involved with Elect Her.

“If they have any interest in politics or change they want to see implemented at Emory University, they should definitely look to get involved with it,” Sterling said. “Even if they had never considered it before, if they see themselves wanting to impact change in some way, student government can be a good way to achieve that end.”

In the future, Jones forsees Elect Her having a greater presence in the Center for Women, including annual attendance by women interested in politics and leadership as well as consistent meetings throughout the year.

She also expects women to have greater access to AAUW resources, such as scholarships, fellowships and job opportunities.

Ultimately, Jones said she thought the event was “wildly successful” this year due to the interest participants demonstrated in campus leadership as well as the enthusiasm they showed in voicing their opinions.

“You don’t know the type of confidence you’re missing until you’re in a space when you get it,” she said. “Not only do I know my voice matters, but I’m not fearful of trying to make other people see why it matters.”