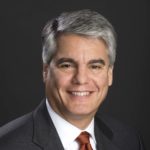 “The Emory University Board of Trustees convened via teleconference this morning in a specially called meeting to elect, by unanimous vote, Gregory L. Fenves as the 21st president of Emory,” Goddard wrote in a University-wide email. “This appointment comes after a unanimous vote by the Presidential Selection Committee to present Greg to the board as its nominee.”

The Board’s announcement came after various Austin newspapers reported his departure from UT Austin to “accept a similar position at Emory.”

Fenves, who has been president of UT Austin since 2015, previously served as executive vice president and provost, and as the dean of the Cockrell School of Engineering. A civil engineer by training, Fenves earned his bachelor’s degree from Cornell University (N.Y.) in 1979 and his doctorate from the University of California, Berkeley in 1984.

“Our universities face extraordinary challenges. In Atlanta and Austin, as well as across the country, courageous health professionals and brilliant scientists are caring for the stricken and searching for a vaccine, while our faculty are educating students at a distance,” Fenves wrote in the announcement. “I stand with them, and we must continue with the immediate job at hand. Accordingly, for the next few months, I will devote my time and energy to leading UT Austin through this crisis. My wife, Carmel, and I look forward to the day when we can begin the next phase of our lives at Emory.”

University President Claire E. Sterk announced on Nov. 13, 2019, that she would retire in August 2020, three and half years into her tenure. The Board of Trustees announced the formation of a Presidential Selection Committee composed of trustees, deans and faculty on Dec. 19, 2019, and the committee released a presidential prospectus on Feb. 19.

“I believe Greg Fenves will make an excellent President at Emory University. While I love Emory dearly, our institution has experienced a void in leadership, and struggled with communication to the student body. President-elect Fenves at the University of Texas showed that he was quick to take action, honest about mistakes, and clear to the student body,” Palmer wrote in an April 7 email to the Wheel. “I was thrilled to learn that President-elect Fenves had monthly meetings with student leaders at his previous school. This kind of access is a necessary and welcome change; it will be critical step in providing students with a level of  agency that we currently do not have, but very much should.”

In 2018, Fenves helped create the Texas Advance Commitment to increase access to UT schools by low income students. In 2019, University of Texas System Board of Regents voted to increase funding for the program and, beginning in fall 2020, students whose family incomes are less than $65,000 will have free tuition.

In 2015, Fenves and his administration defended a UT Austin admissions program before the U.S. Supreme Court in Fisher v. University of Texas at Austin, in which the court upheld the university’s practice of considering race as a factor in the admissions process.

On March 13, Fenves announced in a letter addressed to the UT community that his wife, Carmel Fenves, had tested positive for coronavirus. He later tested negative and has been self-isolating.

Emory Vice President of Academic Communications Nancy Seideman and Senior Director of Public Affairs Elaine Justice did not respond to the Wheel request for comment by press time.