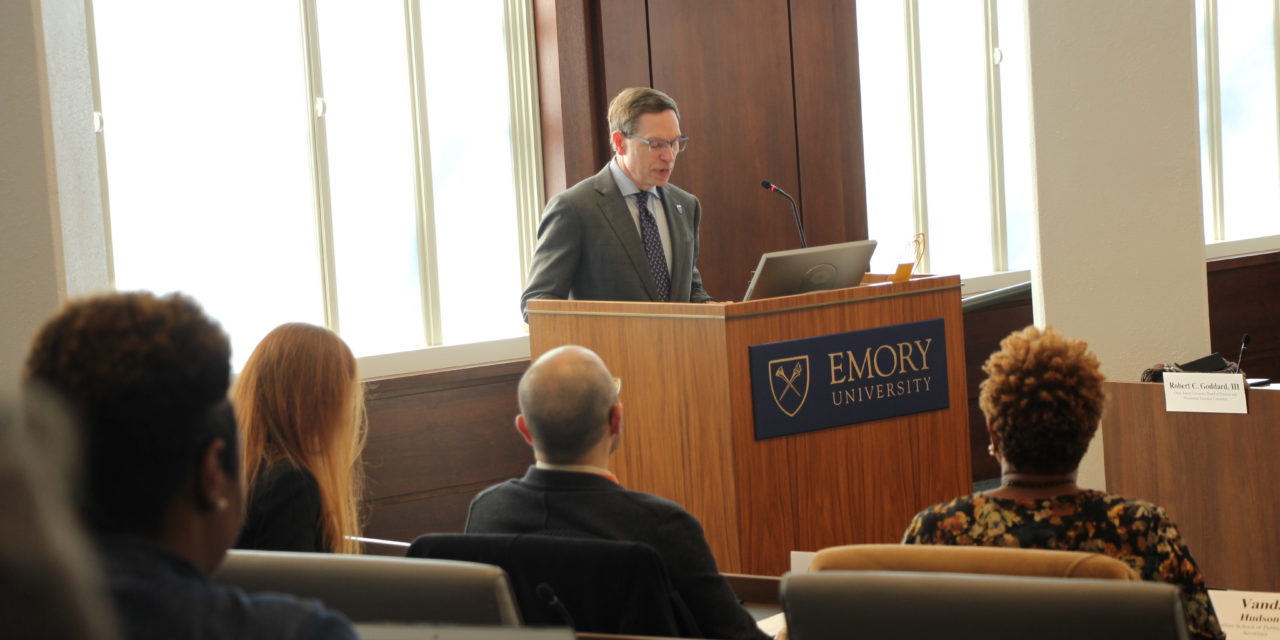 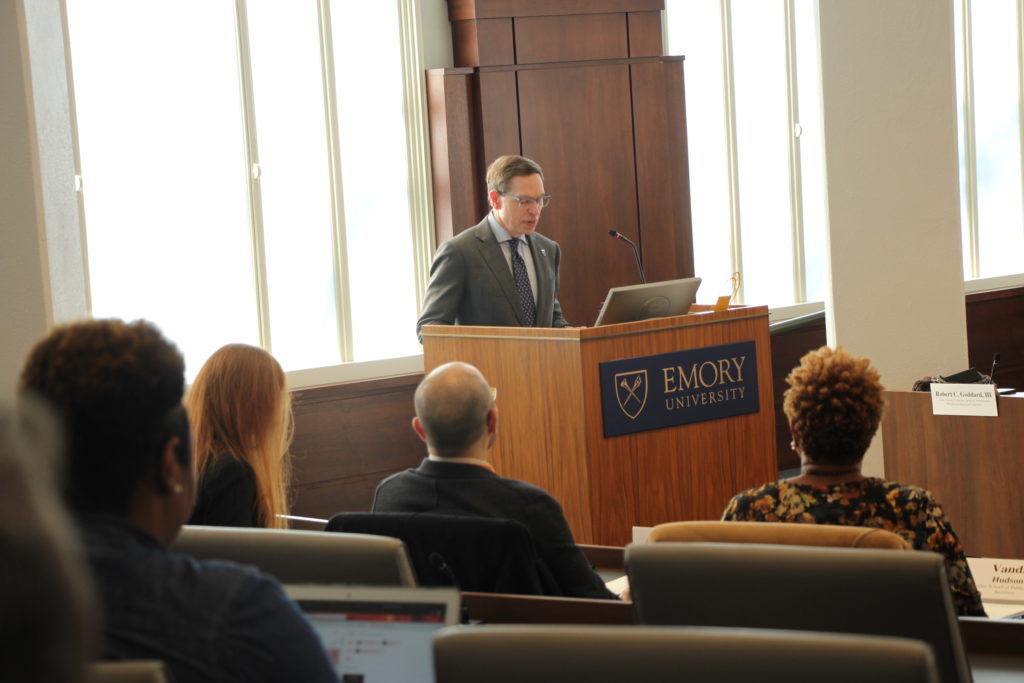 The Emory Board of Trustees on Monday approved the Presidential Selection Committee’s presidential prospectus, which outlines the current financial and academic state of the University and the potential challenges the future president will have to face.

The prospectus, released on Tuesday, revealed to the Emory community that the University is currently within the “silent phase of a highly ambitious capital campaign” that the next president will oversee. The document also encourages the new president to recognize the goals behind the “One Emory” strategic framework and to unify the University’s decentralized finances.

“As a historically decentralized institution, Emory must continue to seek ways to make the whole greater than the sum of its parts, both fiscally and philosophically,” the prospectus reads.

The 19-page document was compiled from information based on almost 40 meetings with Emory faculty, staff and students. The Wheel selected and analyzed the most pertinent information.

The prospectus reveals that the University is in the silent phase of a capital campaign project, a monumental fundraising initiative that would facilitate the next stage of the University’s growth. The University has raised an average of $376 million per year from 2017 to 2019. These donations were largely aided by long-term donors to the University, although these donors are not identified.

The document highlights the Candler School of Theology, the Rollins School of Public Health and the School of Medicine as divisions with “impressive endowments,” as opposed to other academic divisions which have mostly relied on donations.

“The capital campaign will rank as one of the new president’s highest priorities,” the prospectus reads.

The prospectus explains that Emory’s finances are “decentralized,” a system where each school and department is given autonomy to execute their own fiscal strategies.

University leadership has created a central investment fund which will unify financial management through “cross-disciplinary efforts and seed money to encourage collaboration.” The prospectus calls for diversification in Emory’s financial portfolio and financial incentives for collaboration in research and education.

The prospectus also reports the University’s $2 billion in cash assets that it uses for investments, though it does not list where those assets lie.

The committee laid out various facets of undergraduate student life that should be remedied under the new president. These priorities include increasing the impact of the arts across campus and revamping career service programs to mimic Emory professional schools.

The prospectus notes that the University has experienced lower retention and graduation rates in relation to peer institutions. Emory’s six-year graduation rate is roughly 90 percent and its four-year rate is 83 percent, according to U.S. News & World Report.

“Student retention is approximately 95 percent, slightly below Emory’s peers,” the document reads. “The differences might seem modest, but they have strong effects on rankings and reflect the need for improvement.”

Graduates should become more committed alumni, the prospectus reads, and students should be prepared through more enhanced advising to better leverage their Emory degrees.

The search committee listed the qualities it is looking for in the University’s next president, which includes prioritizing diversity, a career of scholarship, a commitment to philanthropy and a “creative and entrepreneurial” leadership style, among other attributes.

Student Government Association President Ben Palmer (18Ox, 20C) told the Wheel that he was not given advance access to the prospectus and had no direct influence in its creation, though he felt students’ voices had been represented.

Palmer further expressed his desire for greater communication between undergraduates and the new president.

“It’s been notably difficult to get ahold of the University president and have them be present and to actually have face time,” Palmer said.

The prospectus details that the next president will be able to modify University President Claire E. Sterk’s “One Emory” strategic plan, though Palmer noted that Sterk’s truncated time in office prohibited any of her plans from coming to fruition.

“I don’t think that Sterk’s four years have been frankly enough for us to see [One Emory] culminate, and I think that it’s going to be an important priority for the next president to keep in mind as they’re developing new programs and ideas,” Palmer said.

The document outlines a list of competing priorities and required investments that the University president must undertake, which includes the construction of a new law school building and allocating more resources for faculty hires.

According to the prospectus, Emory’s chief diversity officer will work closely with the new president to “define community goals, establish guiding principles, and create a strategy for communicating progress.”

Historically underrepresented groups make up 14 percent of faculty and 41 percent of Emory staff, according to the prospectus, which did not mention student body statistics specifically.