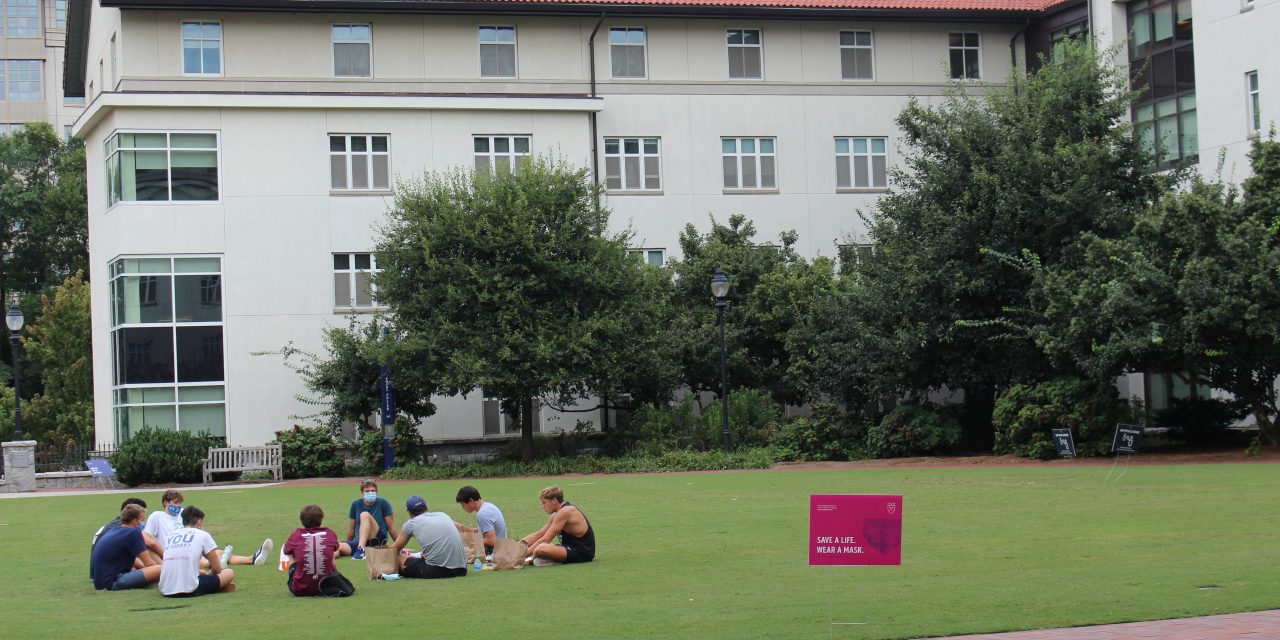 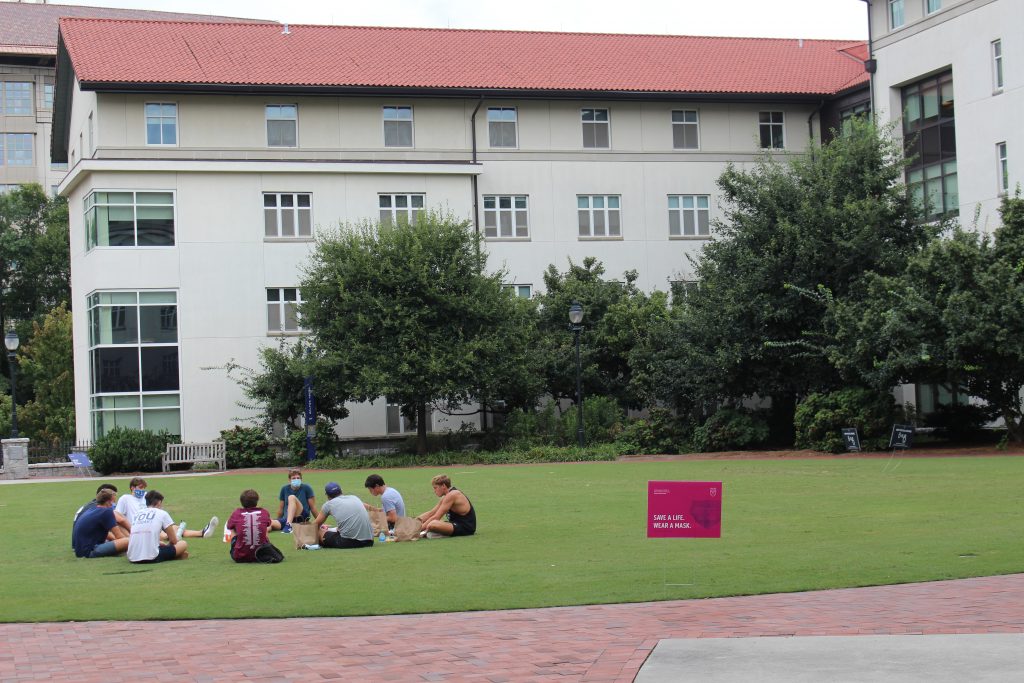 As a result of the University’s reduced housing capacity, the SGA reduced the Student Activity Fee from $110 to $85./Gabriella Lewis, Assistant Multimedia Editor

As the semester begins in a mostly online environment, Emory student government organizations attempt to promote community and maintain the student experience. The Wheel spoke with various leaders about their plans for the fall semester and COVID-19’s impact on them.

Chief among the changes Student Government Association (SGA) leaders made as a result of the University’s reduced housing capacity was lowering the Student Activity Fee (SAF) from $110 to $82 for undergraduates and from $98 to $49 for graduate students. SGA raised the SAF last year from $95 to $110 after a student-wide referendum in fall 2019.

Typically, a change in SAF requires notification to the student body and public debate because it is considered an Issue of Significance. A notification in this case wasn’t necessary, however, as the Board of Trustees, which gives SGA its authority to raise or lower the SAF, approved the reduction. SGA President Lori Steffel (21B) said SGA wasn’t previously aware the Board could bypass a student-wide notification.

“[The Board of Trustees] reached out to members of Campus Life staff, who said that the Board of Trustees was reviewing tuition and all charges for students and that they are looking for our input on what we should charge the student activity fee,” she said.

Both Steffel and Graduate Student Government Association (GSGA) President Emmakristina Sveen (21B, 23L) said the SAF could not be eliminated because of fixed costs that the student government organizations and clubs have, which include website maintenance, membership fees to national organizations and facility costs. Some clubs are also providing on-campus services or programming for campus residents as well as inviting speakers for virtual talks and hosting virtual events which require funding.

In response to now-deleted posts in Emory student Facebook groups in which students commented that the SAF should be eliminated in light of the financial hardship brought on by the pandemic, Steffel said that she had not received any emails with concerns regarding the $82 fee.

“The only concerns I have seen are probably somewhere between two and five Facebook posts on the Eagle Confessions page that have gotten pretty little traction,” Steffel said. “Where you know some of those posts get dozens of likes and dozens of comments, these posts have been pretty limited.”

Steffel added that she viewed it important for SGA to be “financially responsible” and that she was open to a further reduction of the SAF should total student organization spending be lower than anticipated.

As organizations transition to holding virtual body meetings, some student government leaders hope the online setting will reach a larger number of students.

“Now they are easy to access with just a link, and people can attend meetings as they see fit and can see our agenda and join more easily because they will be able to click a Zoom link,” College Council (CC) President Aditya Jhaveri (21C) said.

CC and the Residence Hall Association recently launched an Emory Discord server, which they hope will serve as a virtual social and academic hub for students. Discord, an instant messaging software, became available to students on Aug. 14, and as of Aug. 19, there over 1,050 students are on the platform.

“Discord is going to be a good place for students to have microinteractions and connect with each other that I think they are going to miss out on because we are not going to be in person,” Jhaveri said.

Inclusivity and racial justice initiatives are a recent addition to student government agendas — SGA launched three such initiatives over the summer.

One of the initiatives facilitates conversations with faculty about race and anti-Blackness in America. The first of these conversations included Vice Provost for Diversity and Inclusion Carol Henderson and Senior Lecturer of African American Studies Michelle Gordon, while the second featured Assistant Professor of History Chris Suh, Assistant Professor of African American Studies Jessica Stewart and Senior Lecturer of Sociology Tracy Scott.

SGA has also matched student donations to anti-racism organizations. Steffel estimated SGA has matched over $10,000 in donations. SGA has also compiled an anti-racist reading list for Emory students based on faculty and administrator recommendations.

Another SGA initiative is a joint student activities fair to encourage Oxford student involvement on the Atlanta campus.

Steffel believes that the remote environment allows for greater turnout — there will no longer be a “physical barrier” between Oxford and Atlanta campus students.

Despite revisions to original plans, student governments are working on objectives they had established before the pandemic.

Oxford SGA President Eleanor Liu (21Ox) said one of the priorities of Oxford SGA is to reform their funding guidelines to allow for funding of various clubs’ general body meetings of clubs.

“One of our biggest focuses that we had planned was to change club culture on Oxford’s campus,” she said. “And what we mean by that is we wanted to promote more general body meetings.”

Oxford SGA wanted to “foster interest in our clubs not just for leadership,” Liu noted, but also for genuine interest.

For GSGA, Sveen said the organization’s focus on revising governing documents and connecting with the student body across different graduate divisions remain unchanged. 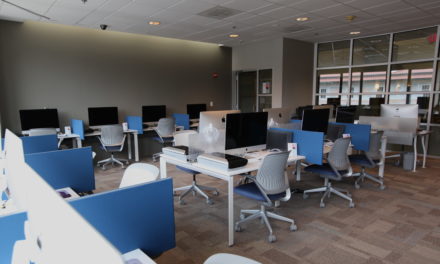