I Have a Bad Feeling About This: The 5 Biggest Problems With ‘The Rise of Skywalker’ 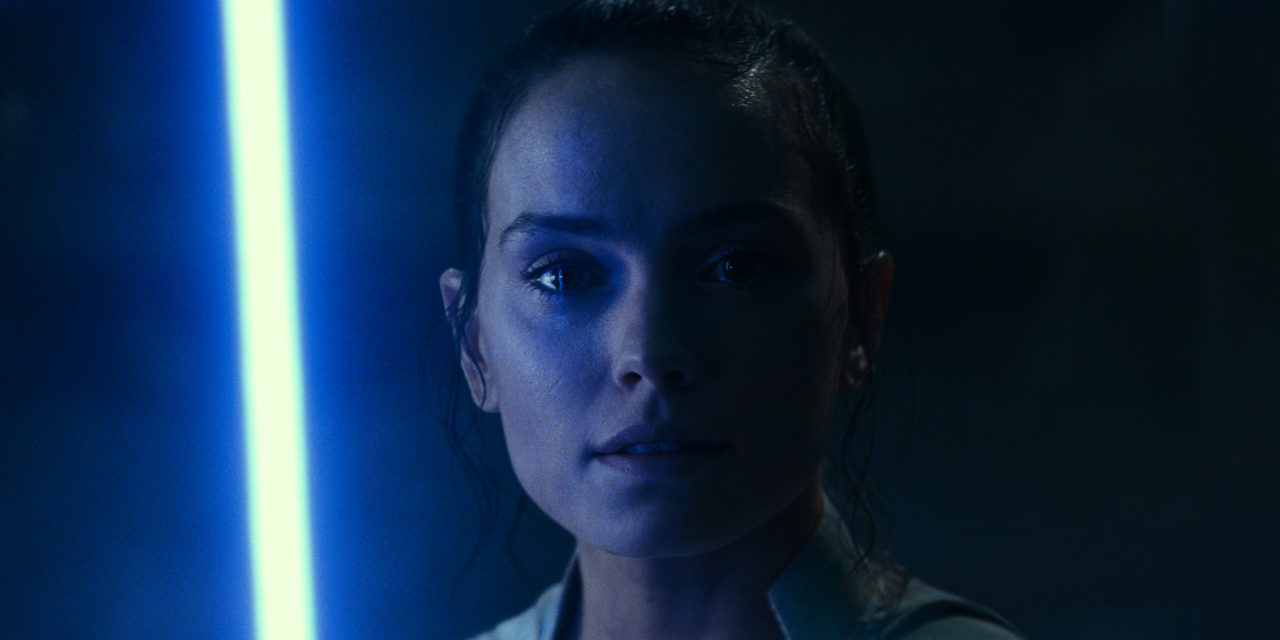 *Warning: this article contains massive spoilers for “Star Wars: The Rise of Skywalker”*

When “Star Wars: The Last Jedi” was released in 2017, it didn’t seem like any film could divide fans and critics as much as director Rian Johnson’s sequel did.

J.J. Abrams’ “Star Wars: The Rise of Skywalker,” the conclusion to the nine-film Skywalker Saga, has once again split audiences since its release on Dec. 20, leaving some satisfied and others, like the Wheel’s Sports Editor Ryan Callahan (22C), utterly disappointed.

The controversy itself absolutely shocks me, as I’ve never been more certain about an issue: “The Rise of Skywalker” is, quite frankly, an abomination that deserves nothing but hate. As both a film critic and a “Star Wars” fan, I confidently believe that the film fails in every dimension, from its plot and characters to its script and direction.

I composed a list of the most damning problems that plague “The Rise of Skywalker.” For the sake of brevity, I’ve kept it at five:

“The Rise of Skywalker” is supposed to wrap up the current era of “Star Wars.” Instead, it dedicates the majority of its runtime to a convoluted quest for a device that will lead the way to Exegol, the mysterious planet where the evil Emperor Palpatine (Ian McDiarmid) has set up shop. Rather than continuing and satisfying the multi-film character arcs for its heroes, the film introduces unfounded plot points that yearn to be explained. The film has so much new ground to cover that audiences can barely breathe before they’re whisked from Ajan Kloss to Pasaana to Kijimi to Kef Bir to Ahch-To to Exegol and, finally, to Tatooine. (Yes, we spend time on seven planets over the course of the film.) The plot covered in the first hour, if rightfully expanded, could take up an entire film itself, but the film jumps around so quickly and often that it’s boring and hard to follow.

Considering “The Rise of Skywalker” is the final film in the Skywalker Saga, it’s baffling how occupied Abrams is with introducing new players to the Star Wars universe. Whether it’s Poe’s love interest Zorri Bliss (Keri Russell) or ex-Stormtrooper Jannah (Naomi Ackie), none of the new characters meaningfully contribute to the story and instead take screen time away from the heroes we’ve followed to this point. The Knights of Ren, who teased audiences since “The Force Awakens,” are nothing but plot fodder, the new droid D-O seems to be there simply to sell toys and even the adorable fan favorite Babu Frik (voiced by Shirley Henderson) only receives a minute or so of screen time.

In one of the most emotional moments of the film, Rey (Daisy Ridley) accidentally blows up the ship that Chewbacca (Joonas Suotamo) is on with a bolt of force lightning. However, viewers find out shortly after that Chewie is not dead, but was on a different ship the whole time. Audiences don’t have enough time to grieve one of the Saga’s most beloved characters before he’s quickly brought back. Not only is the death itself poorly-handled, but the death fake-out is clearly a product of lazy writing.

This would be excusable if it was the only time it happened, but these fake-outs occur several times throughout the film. C-3PO (Anthony Daniels) is “killed off” in an emotional moment when the crew is forced to wipe his memory, but he returns near the end of the film when R2-D2 easily restores it. Kylo Ren (Adam Driver) is stabbed through the chest by Rey, only to be healed by Rey’s brand-new force healing powers (a deus ex machina, if I’ve ever seen one). Even Rey is seemingly killed after stopping Palpatine at the film’s conclusion, only to be revived by Kylo, who then dies in a poorly-edited shot that garnered laughs in my theater.

With all of these characters’ haphazard resuscitation, the film lacks any legitimate stakes, and I never felt concerned that our heroes were actually in peril. After all, if force healing is actually a thing, any character can be saved at the end of the day.

If you watch “The Last Jedi” right before watching “The Rise of Skywalker” without context, you would probably think you were watching two completely unrelated films that happen to have the same characters. Rather than building on the set up at the end of “The Last Jedi,” Abrams largely retcons and ignores it. Remember Finn’s adventure partner and love interest Rose Tico (Kelly Marie Tran)? Her screen time amounts to essentially a cameo. Remember the boy with the broom in the last scene and the idea that anyone can be force-sensitive? Ignored. Remember how Kylo told Rey that her parents were nobodies? Well, it turns out she’s the granddaughter of one of the most powerful Sith Lords of all time, and her parents heroically sacrificed themselves to save her from Palpatine’s grasp. Still think that they were nobodies? Neither do I.

It’s ridiculous for a sequel to completely ignore or write-off the events of its predecessor just to please the fans (although, for the record, “Star Wars” did exactly that with Jar Jar Binks after critique of “The Phantom Menace”). While “The Last Jedi” certainly had some plot issues, there was a lot that Abrams could have worked with and improved upon. Instead, he spits in the face of Rian Johnson’s film to please the fanbase, which follows my complaint of Disney sacrificing creativity to attract fans’ wallets.

The fact that Rey is Palpatine’s daughter — and that Palpatine is alive in the first place — is problematic in itself. However, the final scene of the film takes this to a new level when Rey travels to Tatooine and tells an old lady that her name is Rey Skywalker. This implies that Rey is the Skywalker who “rises,” as stated in the movie’s title.

But this doesn’t make any sense, for several reasons. First of all, Rey wasn’t even particularly close to Luke Skywalker (Mark Hamill) or Leia Organa (Carrie Fisher), and Luke treated Rey poorly in most of their interactions. He wasn’t close to a father figure to her, so it makes no sense that she would claim his name.

Second, it doesn’t make sense why Rey would travel to Tatooine, a place where she had no affiliation, and where Luke never even had a strong connection to in “A New Hope.” Why would she bury Luke and Leia’s lightsabers in a place that Luke never liked and Leia had never been? As Luke once said, “If there’s a bright center to the universe, [Tatooine is] the planet that it’s farthest from.”

Furthermore, the scene takes place after a legitimate Skywalker, Kylo, had already “risen.” In the final scene of the climax, Kylo finally pushes away the dark side and joins Rey’s fight against Palpatine, literally rising from an abyss to help her with the final strike. Considering Kylo already fit the title, there was no need for Rey to claim herself as a Skywalker too. This scene should never have existed in the first place.

Some people have argued that the film is enjoyable, simply because “it’s just a Star Wars movie.” At this point though, the Star Wars saga isn’t a mere series of films; it’s a cultural phenomenon. I expected more from a film that’s supposed to wrap up a 42-year cinematic era. “The Rise of Skywalker” is chock-full of plot holes, editing flaws and screenwriting blunders, and even blatantly rips off “Avengers: Endgame,” which came out in the same year.

For the first time ever in a Star Wars film, I felt absolutely nothing throughout the entire duration: no joy, no sadness, no anger … no emotion whatsoever. I was simply watching things happen on a screen for nearly three hours as I impatiently waited for something better. As much as the prequels struggled in their script and acting, at least George Lucas’ second trilogy was ambitious, consistent and creative. Meanwhile, “The Rise of Skywalker” and the new trilogy as a whole deserve to be thrown into the Death Star garbage compactor and forgotten forever.