The Force is Not With ‘The Rise of Skywalker’ 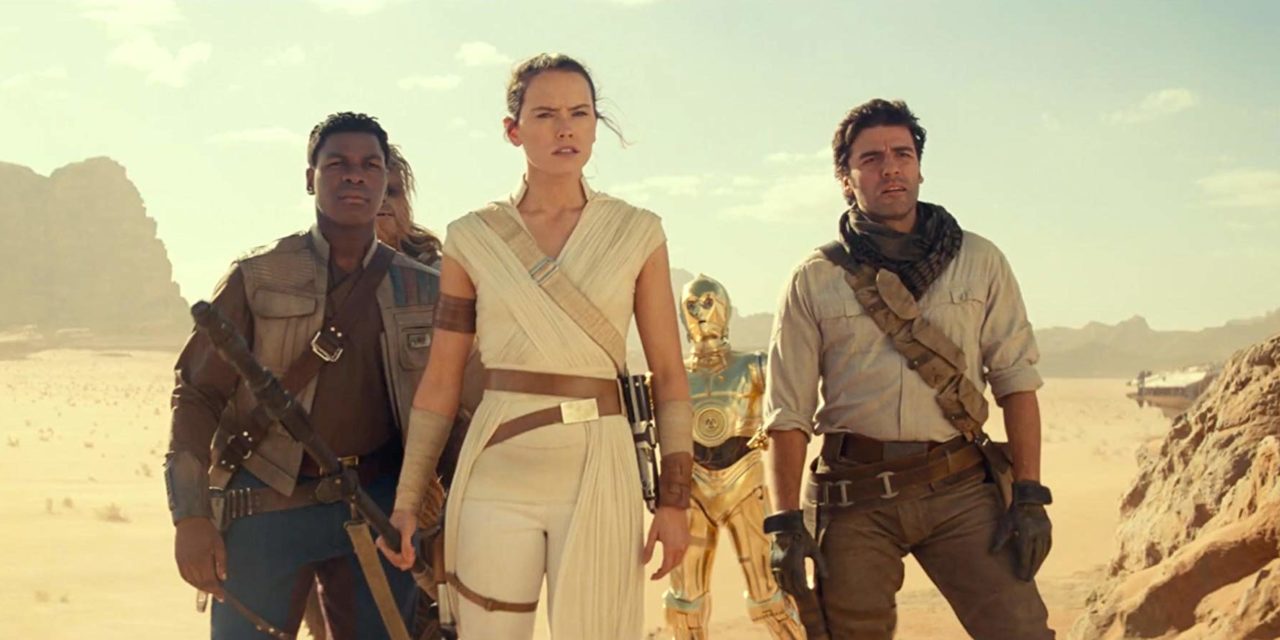 “Star Wars: The Rise of Skywalker” was supposed to wrap up the storied tale of a galaxy far, far away in a neat bow just in time for the holidays. Instead, J.J. Abrams gave moviegoers a $300 million piece of coal that left fans wondering, “What did we do to deserve this?”

Disney entrusted Abrams, director and producer of the popular “The Force Awakens” (2015), with finishing the trilogy he began after Rian Johnson’s “The Last Jedi” (2017) divided the “Star Wars” community. He had the impossible task of advancing a story — with which many fans were already displeased — while integrating enough fan service into the film to please four generations of “Star Wars” lovers. Unfortunately, Abrams did a poor job achieving either.

The plot of “The Rise of Skywalker” often felt rushed and unconvincing. Much of the story revolved around Rey (Daisy Ridley), Finn (John Boyega) and Poe Dameron (Oscar Isaac), who were presented as the current generation’s trio of heroes. However, unlike trios from the original and prequel trilogies, this band of misfits lacked an established history of friendship which made their relationship seem inauthentic. The dialogue between the three was often muddled with bickering and jokes that rarely landed with the audience, making their screen-time together all the more insufferable.

Besides stale character dynamics, “The Rise of Starwalker” is also guilty of playing it safe. Often, the actions of the characters were without consequences, draining the movie of emotional tension. The film was bereft of high-stake moments, so it often felt like our heroes were fighting for nothing. Plus, the action sequences were not what audiences have to come to expect from a “Star Wars” movie. Aerial dogfights were boring and the choreography of lightsaber duels failed to capture the magic and intensity of saber battles of the past. There was no risk, and the film was thus all the more forgettable.

The final installment to the Skywalker Saga relied heavily on nostalgia to advance its plot and tie decades of Star Wars lore into one film. Unfortunately, the film grossly overestimated its need for nostalgia, and instead sacrificed genuine character development and plot progression just for terribly placed fan service. Audiences were overwhelmed.

The film wasn’t all bad, though.

The actors did a solid job across the board and Ian McDiarmid, who returned to the saga for the first time since “Revenge of the Sith” (2005), was brilliant. He portrayed Emperor Palpatine, history’s most powerful Sith and the former leader of the Galactic Empire. McDiarmid delivered a perfect performance as the Dark Lord of the Sith, complete with the Emperor’s signature bone-chilling cackle and sinister voice.

Composer John Williams, once again, produced a magnificent score that lent emotion to a film severely lacking it. In addition to new numbers, he brought back the iconic themes of Princess Leia (Carrie Fisher) and Jedi Master Yoda (Frank Oz) in moments that were sure to bring audience members to tears.

However, the positives end there. “The Rise of Starwalker” was a terrible ending to one of the most iconic and influential movie franchises of all time. Its plot was hurried and boring, and the film relied on callbacks to its cinematic predecessors far too much. What fans received at the theater was an unfinished product that is a stain on the Star Wars franchise.