Emory Police Department (EPD) will implement a dashboard of the department’s data, including the status and findings of investigations and the demographics of those involved within the next few weeks, according to EPD Chief Rus Drew. Emory ID will not be required to access the database.

All “pertinent” EPD policies, including use-of-force guidelines, investigation procedures and body-camera protocol, are now publicly available through the department’s website. Policies posted on the site were issued beginning in June 2020 and include a complete ban on chokeholds. The only previous scenario when chokeholds were permitted were encounters in which “it is the officer’s life or the third party.”

“We recently went through our chokehold policy after [George Floyd’s death],” Drew said, in his first interview with the Wheel since he was hired in 2016. “It was previously built off the national standard, which was that chokeholds are prohibited unless it’s the life of the officer or third party. No chokeholds are permitted now.”

The announcement came after the Justice and Sustainability Associates’ (JSA) evaluation of the department’s policies and protocols. JSA, a non-profit organization, was hired by the University over the summer to evaluate EPD’s policies following demands from the Coalition of Black Organizations and Clubs (CBOC).

CBOC representatives did not respond to requests for an interview by press time.

Other changes include a new requirement that an officer should intervene if another officer uses excessive force and that officers, “when practical,” should provide verbal commands before using excessive force.

Following the recent publication of the department’s use-of-force statistics, Drew said improvements can be made during officer training, which takes place during semester breaks.

EPD used or threatened the use of force on 24 occasions since 2015, with three instances involving students. No officer has caused the death or bodily injury of any individual since the department’s inception.

When asked about the distrust that Black students have for EPD because of their experiences with police departments in their hometowns, Drew stressed that communication is key to overcoming those sentiments.

“Unfortunately, I think that’s where we’re at, that they truly feel we’re a threat,” Drew said. “We have to work that much harder to figure out new and creative ways to put ourselves into those spaces where we’re communicating with students and hopefully be able to develop that level of trust.” 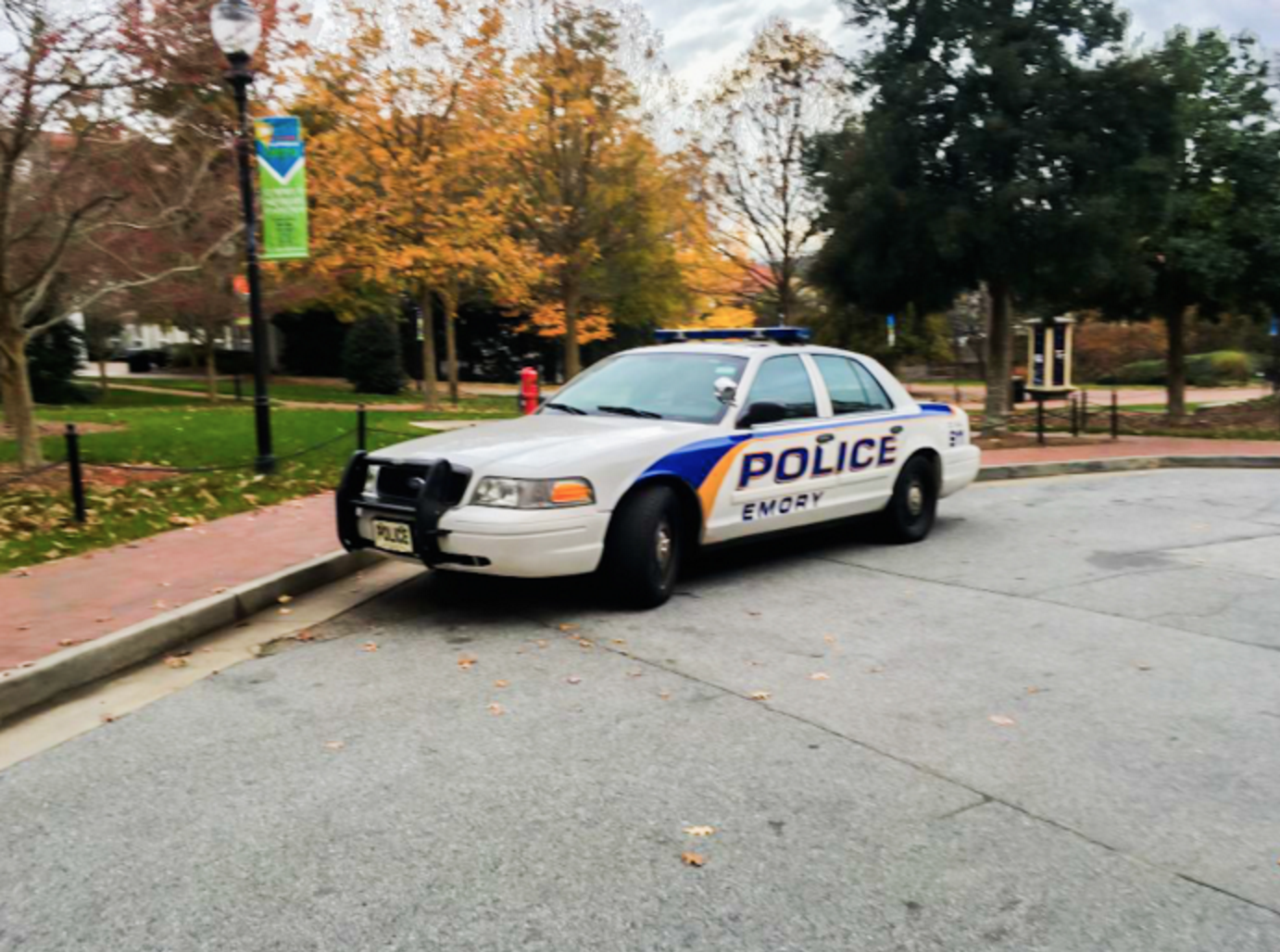 An EPD vehicle on campus.

EPD plans to collect and publicize demographic information of individuals in traffic stop-and-search activity after the department adopts a system to determine an individual’s race. Current reporting procedures were built in adherence to local and federal requirements, which do not include demographic data. Additionally, Georgia driver’s licenses do not indicate the race of the holder, and Drew added that they do not want officers to make any assumptions.

“We’re going to have conversations with some of the states that have done this for a while,” Drew said. “We want to be thoughtful in how that gets managed.”

EPD is also creating a new community advisory group composed of administrators, students, faculty and staff that will engage with the public. Drew stressed the importance of clear communication from EPD, noting the department tends to solely communicate after a criminal incident occurs.

“Around 20 years ago, we were one of the first in the state of Georgia to have officers trained in crisis intervention,” Drew said, adding that officers more frequently handle crisis intervention scenarios due to their proximity to Emory University Hospital.

When asked about presenting an award in 2015 to an officer who shot and killed Zikarious Flint, an allegedly armed Black man at Columbus State University (CSU) (Ga.), Drew said he could not see himself doing this today. He still believes, however, that the use of force by the officer against Flint was justified.