Emory Employees Donated Over $146K to Ossoff, Warnock in Final Months of Campaign 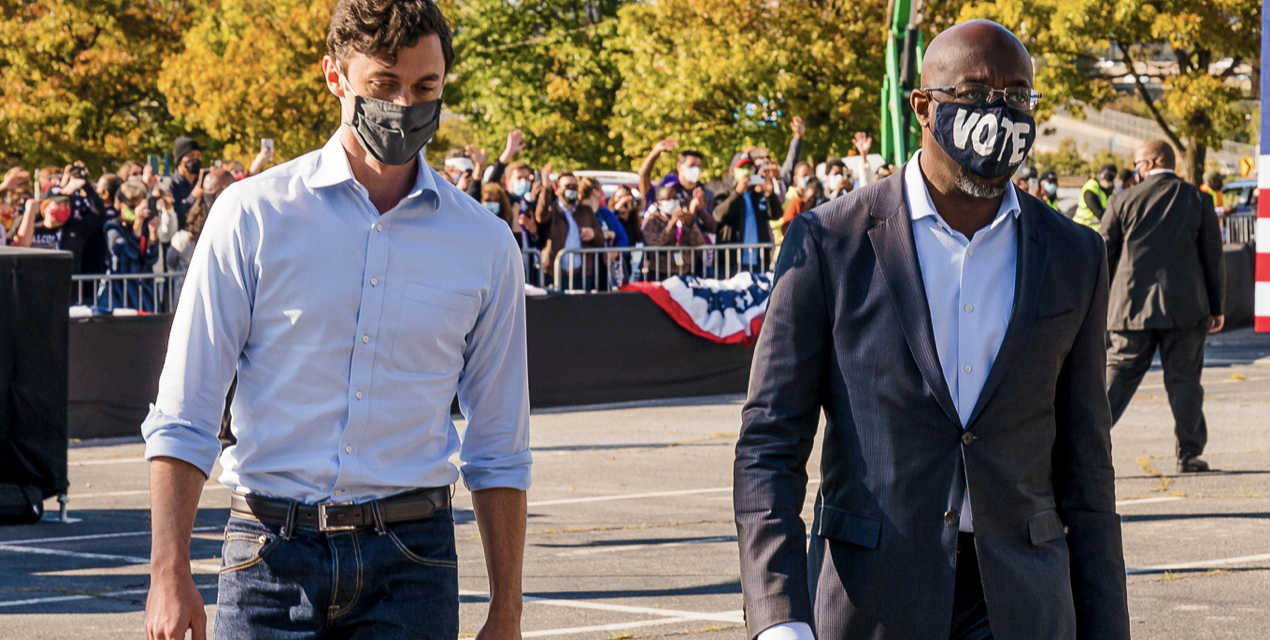 In the past two months, Emory employees donated $146,063 to the two Democratic candidates in the Georgia U.S. Senate runoffs. Over $65,750 went to Jon Ossoff, while nearly $80,300 went to Rev. Raphael Warnock, Federal Election Commission filings released on Dec. 24 show.

Nearly 300 employees donated $154,993 in total to both Republican and Democratic candidates and their corresponding joint fundraising committees between Oct. 14 and Dec. 16. However, contributions to Republican candidates Sen. David Perdue (R-Ga.) and Sen. Kelly Loeffler (R-Ga.) made up a small fraction of Emory employees’ political giving — eight employees gave a total $3,200 to Perdue and $5,730 to Loeffler since Oct. 14.

Donations among Emory employees mirror trends nationwide, with both Democratic candidates outraising their Republican opponents in the final months of the race. From Oct. 14 to Dec. 16, Ossoff raised almost $107 million, while Perdue raised $68 million, and Warnock raised $103 million, while Loeffler took in $64 million.

The races are among the most expensive in U.S. history, with nearly $468 million spent on advertisements alone, according to the Washington Post.

Emory employees spent the fifth-most of all groups of employees for both Democratic campaigns throughout this year, outspending employees at Apple, Facebook and Microsoft.

Philosophy instructor and visiting scholar Frederick Marcus, the only faculty member to contribute to a Republican campaign, donated $2,500 to Loeffler’s campaign, outranking the next largest individual donation from an Emory employee to her campaign by $1,750. Marcus could not be reached for comment.

Some employees contributed to the same committee multiple times, with the average donation nearly $185.

Senior Lecturer in Linguistics Marjorie Pak contributed the most of any Emory employee since early October, giving over $17,820 to the Democrats in the race. This included a $9,500 donation to the Warnock Victory Fund in November and $5,481 in contributions to Warnock for Georgia. Ossoff also received a $2,841 donation from Pak.

Pak said she was inclined to donate because the runoffs will determine which party controls the Senate.

“I’ve always been an engaged voter but haven’t really gotten quite this involved,” Pak said of the races. “I’ve donated, but never this much.”

Her decision was also fueled by her dissatisfaction with the Senate Republican majority and a “sense of hope for the future.”

Anderson has received national attention for her advocacy on voting rights, authoring the book “One Person, No Vote,” which explores the racialized history of voter suppression.

Anderson did not respond to multiple requests for a comment by press time.

In the first three quarters of 2020, Emory’s Film and Media Studies Department Chair Matthew Bernstein contributed $18,400 to the Senate races. His contributions included a $10,000 donation to the Warnock Victory Fund, which is Warnock’s joint fundraising committee, in June.

Bernstein’s contributions helped Emory professors raise upwards of $91,600 between the first and third quarter, with faculty donations making up 57% of the total amount donated by Emory employees during this period.

Between Oct. 14 and Dec. 16, Bernstein contributed $2,701 to Ossoff’s campaign and $2,700 to Warnock’s campaign. Emory professors donated over $73,750 to the Senate races this period, which comprised about 47% of all Emory employee donations during the period.

In a Jan. 2 email to the Wheel, Bernstein wrote that he donated to the two candidates because he believes “they are people of the highest integrity who have committed themselves to working fervently towards a more inclusive and just society that answers the needs of all our citizens.”

Just under 7% of fourth-quarter contributions from Emory employees came from administrators.

The biggest administrative donors include former CEO of Emory Healthcare Michael Mandl, who contributed $2,200 to Perdue’s campaign, and Emory Global Health Institute’s Director of Student Programs Rebecca Baggett, who contributed over $4,300 between Ossoff and Warnock’s campaigns.