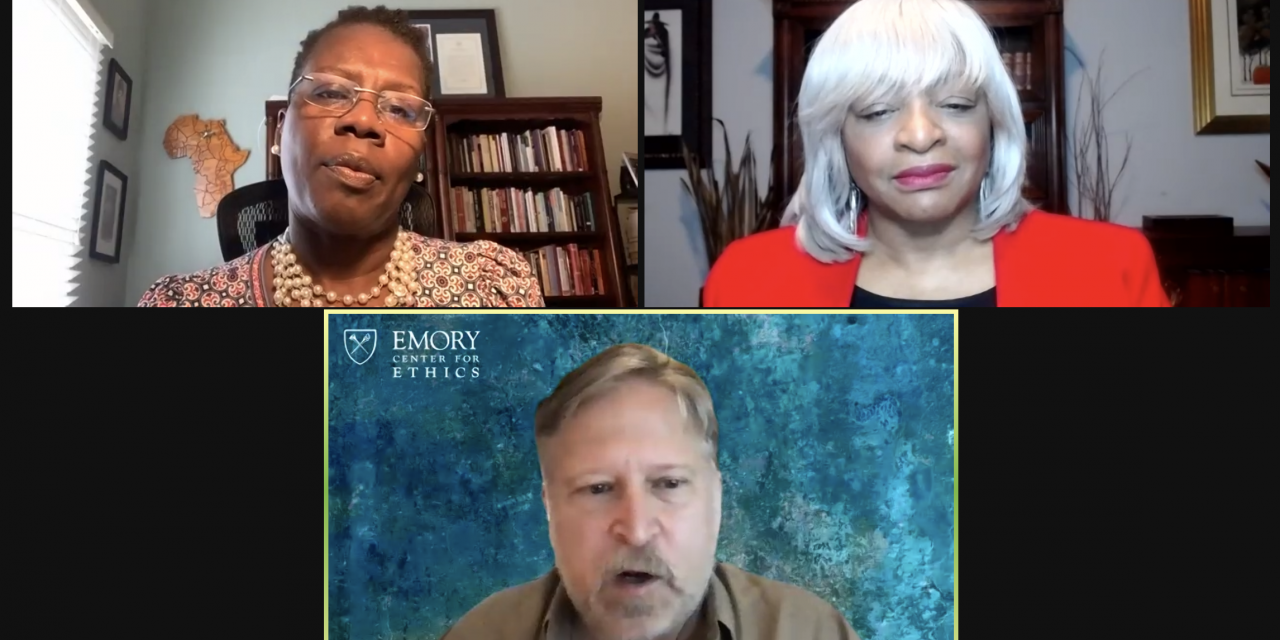 The Emory University Center for Ethics hosted the discussion, which centered around Anderson’s book, “One Person, No Vote: How Voter Suppression is Destroying Our Democracy.” Over 650 viewers tuned in to Anderson’s historical mapping of voter suppression in the United States.. 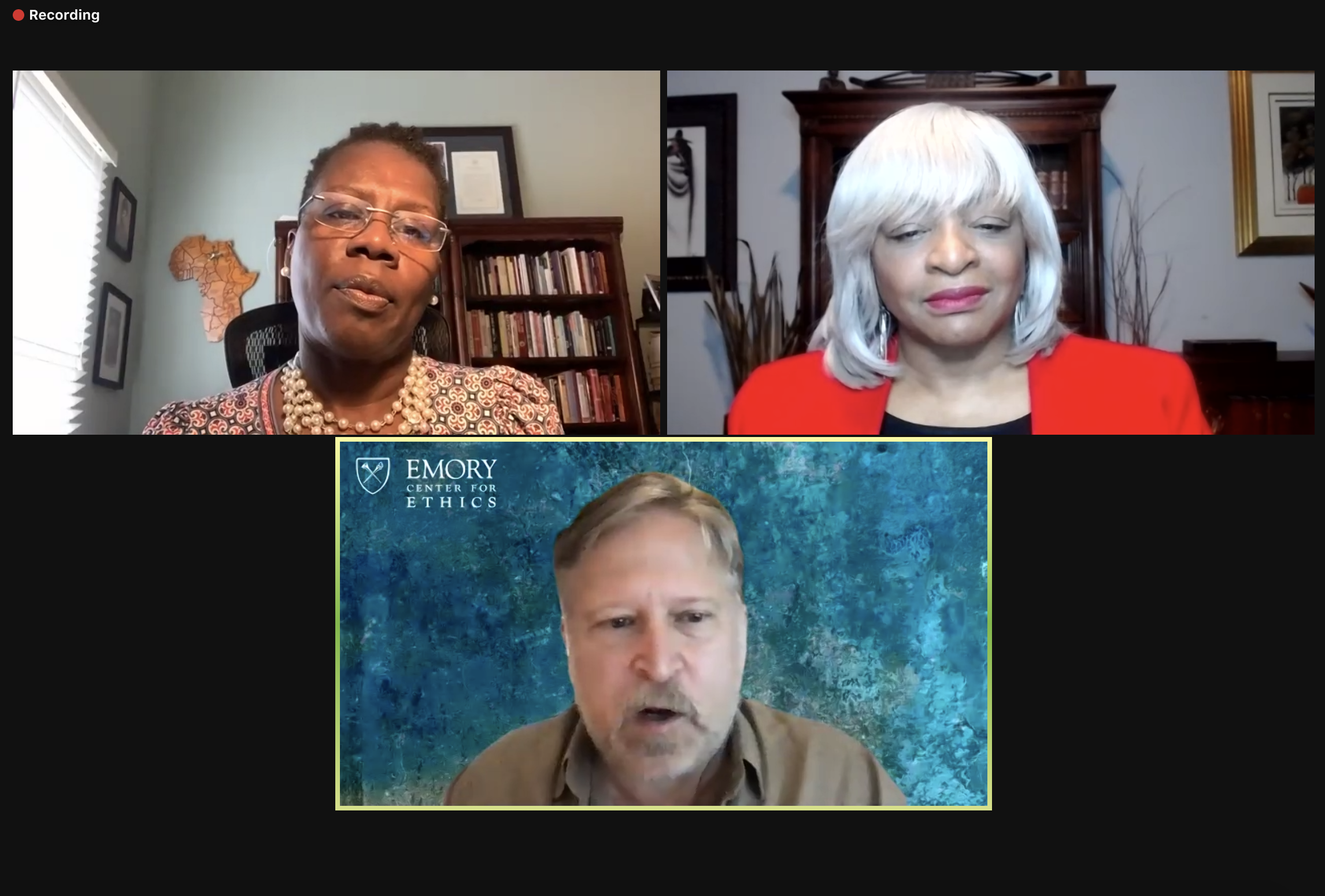 After the passage of the 15th Amendment in 1870, states devised creative, subtle ways to prevent African Americans from voting, Anderson stated.

White politicians preyed upon the “legacy of slavery” by enacting literacy and poll taxes that greatly reduced the number of registered African American voters, she said. In Mississippi alone, the figures dropped from 190,000 to just 8,600 registered Black voters within a couple of years.

Similar trends appeared as recently as 2014, when upward of 16 million Americans were removed from the voting rolls. Those eliminated extended to demographics beyond African Americans, including Asian Americans, Hispanic Americans, young people and poor people.

“All of it created a sense of civic death,” Anderson said. “You can eviscerate somebody’s citizenship rights. You don’t see the bloodshed, and you don’t see the carnage.”

Anderson traced the modern decrease in voter registration back to the U.S. Supreme Court’s 2013 decision to remove articles of the Voting Rights Act that required states to obtain the federal government’s approval before modifying their election laws. Many of the new modifications centered around mandating voter identification at the polls, which, as Anderson explained, disenfranchised minorities.

“One of the reasons why voter IDs work so beautifully is that they fit a middle class norm,” she said. “Legislatures get racialized data on who has what type of ID and then craft the laws to privilege the IDs that whites have and to make ineligible the kinds of IDs that African Americans have. That’s how you can skew an electorate and still look race neutral.”

A common refrain from politicians who support voter ID regulations is the erroneous idea of widespread voter fraud. Anderson said such messages are perpetuated by the “white rage” of those for whom voter suppression is in their best interest. A study examining voting records from 2000 to 2014 found that out of the more than one billion votes cast in that period, there were only 31 cases of voter fraud.

Henderson inquired about the meaning behind Anderson’s statement, “America is its reality and its aspiration.” The country often wrestles with its dichotomous legacies, she said, repeatedly mistreating non-white people, yet proclaiming itself to be a champion of human liberty.

As the talk shifted toward the upcoming election, Anderson expressed her excitement at the large voter turnout thus far, a sign of Americans valuing the voting process. In response to those who feel their vote “doesn’t matter,” Anderson refuted these claims and reminded viewers that political change begins at the local level.

“That is a purposeful designed narrative put out there to work hand-in-hand with voter suppression so that we get voter depression,” she stressed. “When we understand that democracy requires full civic engagement in order for it to be responsive to the people, then we’re having a very different kind of conversation.”

Toward the end of the conversation, Director of the Center for Ethics Paul Root Wolpe moderated a question and answer session. The questions, submitted by the audience, primarily concerned Anderson’s opinions about how politicians can address and remedy future voter suppression issues. Anderson suggested that relaxing voting regulations and educating American citizens on their civic duty could be the first steps in the reform process.

“Engage with the real power that you have,” she said of voters. “It’s so real that you have laws targeted at neutralizing your power and diminishing your power. When what you want for your life becomes the narrative and the conversation that people are having, then how that ‘what you want’ gets tied into policy, gets tied into who’s in power, then folks know that they have the power.”

When asked about whether she believed the nation is heading toward sharp division or cooperative change, Anderson felt confident in the latter.

“We have a nation of only sopranos singing, and the songbook only has music for sopranos,” she said. “If we have a choir with baritones and tenors and altos and sopranos, the music book is so much more rich.”