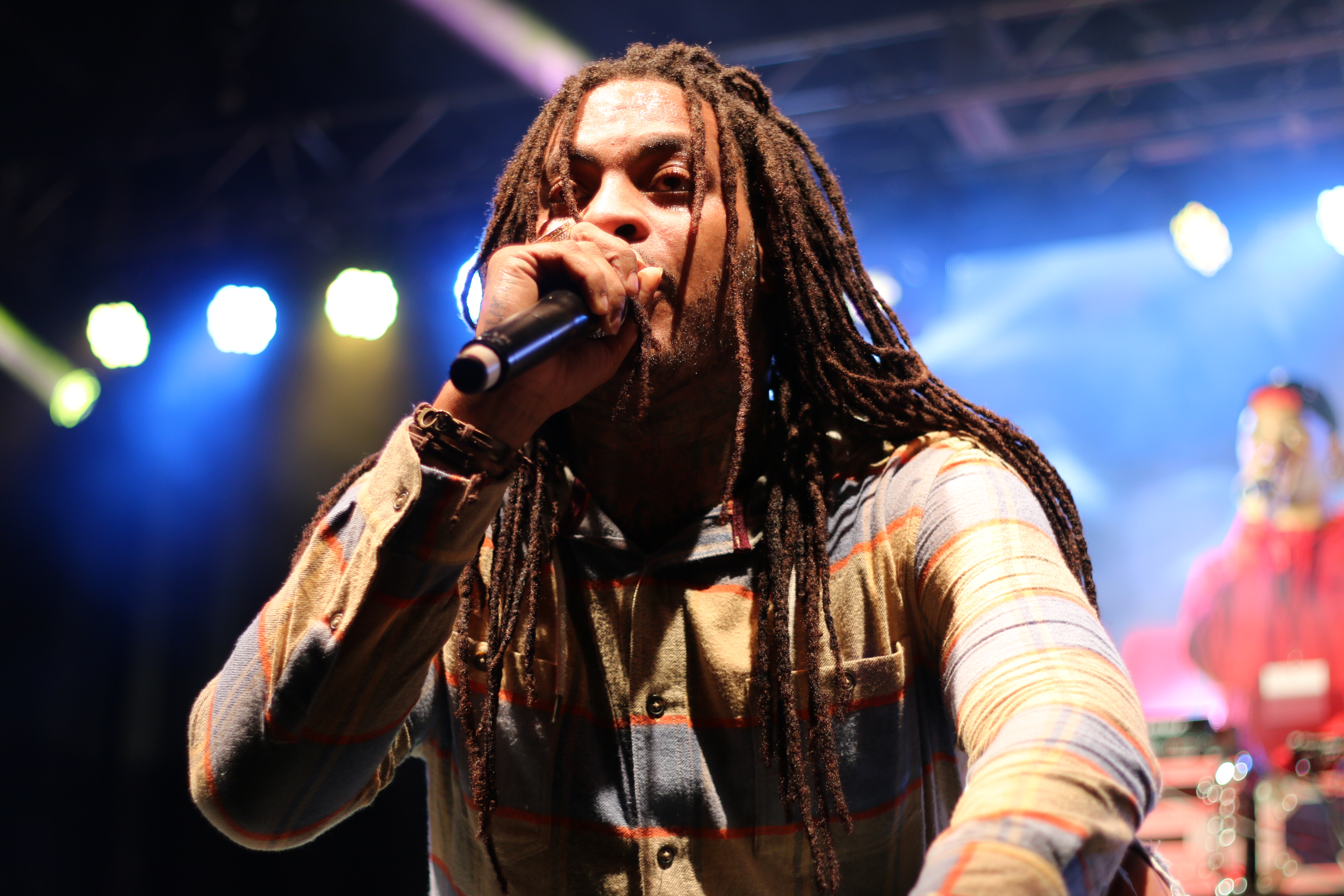 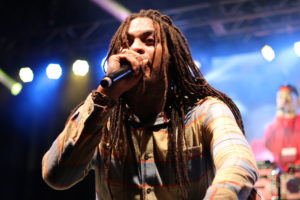 The 32-year-old rapper, most famous for his 2010 hit single “No Hands,” drew a crowd of around 1,800 students, and while that is certainly a respectable audience size, last year’s headliner Post Malone drew over 4,500 people. Waka Flocka has had a massive influence on the popular sub-genre of hip-hop known as trap rap, but hasn’t released a full studio album in six years, so his current popularity is much lower than Post’s.

Waka Flocka fared well initially when he took the stage at 10:32 p.m., as he immediately rushed into the crowd and started rapping to his song “Big Dawg.” His performance was loud and energetic, and it was obvious that Waka Flocka is a highly experienced showman. This vivacity persisted for several tracks, including “15th and the 1st,” “Wild Boy” and a cover of Flosstradamus’ “Mosh Pit.”

On “Round of Applause,” Waka Flocka went off beat to showcase his rapping skills and did so phenomenally. By the time he got to his 10th track, “Sinning,” the crowd’s energy had dwindled a bit, which wasn’t surprising given that the concert had been going for over an hour and a half at this point. However, Waka Flocka wasn’t showing any signs of slowing down and went off beat again on “For My Dawgs.” He took a short break after this, and the DJ played a remix of Marvin Gaye and Tammi Terrell’s “Ain’t No Mountain High Enough” and Martin Garrix’s “Proxy” during the downtime.

Waka Flocka came back strong after the brief intermission, diving into several of his biggest hits like “Grove St. Party” and “Hard In Da Paint.” He then performed his most well-known song, “No Hands,” and the audience sang along to the chorus. It was easily the highlight of the event, as the crowd’s energy and enjoyment was palpable. To finish the show, Waka Flocka brought out two up-and-coming artists, but a large percentage of the students had already left by this point. 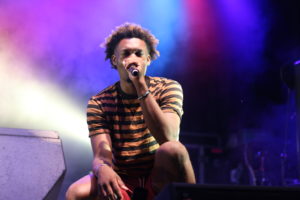 Prior to Waka Flocka’s performance, Ugly God brought his trademark eccentricity to open the concert. The 22-year-old Texas rapper has had several brushes with mainstream success, as his 2016 debut single “Water” went platinum and has garnered over 100 million streams on SoundCloud. Furthermore, Ugly God was featured in the XXL 2017 Freshman Class alongside artists such as XXXTentacion, Playboi Carti and Amine.

His DJ spent a long time trying to pump up the crowd, and when Ugly God took the stage at 9:22 p.m., it was evident that people in the audience were not familiar with his music, as few sang along. As he went into his first track, “Leave a Tip,” Ugly God failed to generate much energy from the students. People seemed to enjoy the song, but obviously didn’t know the words.

After “Leave a Tip,” Ugly God performed several other songs that also didn’t make much of a spark. However, he did get the crowd chanting along to the chorus of “F*** Ugly God.” While performing “Bernie Sanders,” he asked the students to start a mosh pit. Many of the people towards the front obliged, although the energy died down immediately after the song was over.

Due to the often comedic nature of his music, Ugly God made several attempts to make the crowd laugh during the show, to varying results. His transitions between songs featured air horns and sound effects from the game “Fortnite,” and he cracked numerous jokes throughout the concert.

The crowd finally hyped up for his last two songs, and responded especially strongly to his hit single “Water.” For this song, Ugly God stopped the show and threw water bottles into the audience, encouraging students to shake the bottles while he rapped. This is not an uncommon sight at concerts, but it disrupted the flow of the set and ultimately wasn’t worth the time.

With a somewhat lackluster stage presence and low reception from the audience, Ugly God’s performance was decent but a little underwhelming. His discography is still pretty limited, so he could only fill a 50-plus minute set with singles and tracks from his debut album, “The Booty Tape.” With more tracks and experience, Ugly God could put on a truly exceptional show; for now, he’s a satisfactory opener with potential.

Ugly God and Waka Flocka both presented a lot of talent, but neither was spectacular, and the somewhat lacking energy from the students accentuated this shortcoming. Ugly God is too young and obscure to have the kinds of hits that pump up the audience, and although Waka Flocka brought the energy (especially during his biggest hits), he still didn’t have the name recognition needed to draw a massive crowd. This kind of event needs an artist with a lot of hits under their belt so that people in the audience can sing along, but the only time this really happened was with Waka Flocka’s “No Hands.” Both artists certainly gave respectable performances, but hopefully Emory is able to find an artist with more star power for Dooley’s Week.