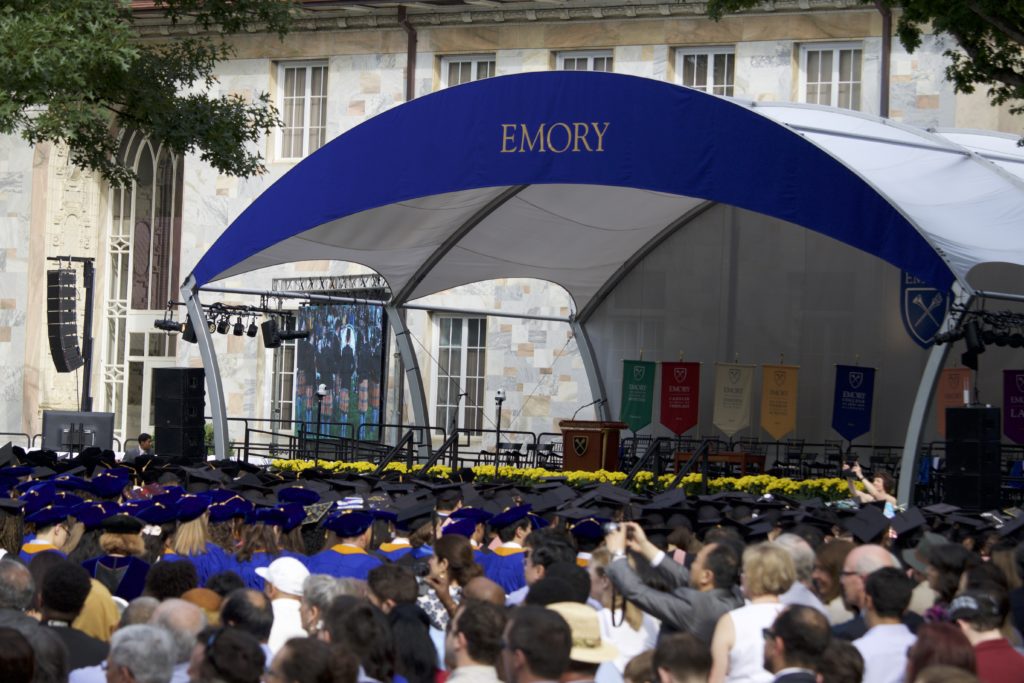 Graduates and supporters line the Emory Quadrangle at Commencement.

This is a developing story. Check back for updates.

Emory has canceled all Spring 2020 Commencement activities, according to an email from University President Claire Sterk to graduating seniors.

The decision was “difficult, but absolutely necessary,” Sterk wrote. Emory is still planning to “commemorate” the Class of 2020, though no specific details were provided.

In February, Emory announced civil rights lawyer Bryan Stevenson as the 2020 Commencement keynote speaker. Stevenson had previously spoken at the University in October 2018 to discuss inequities in the criminal justice system in the United States with former death row inmate Anthony Ray Hinton.

The cancellation was made in light of the growing novel coronavirus outbreak in the U.S., which has resulted in the deaths of 97 people, according to the Centers for Disease Control and Prevention. As of March 18, Georgia has 197 confirmed cases of the virus and one confirmed death, according to the Georgia Department of Public Health.

On March 16, two Emory students residing at Emory Point tested positive for the virus. No other student cases have been confirmed.