The Stories That Shaped 2017

What’s a “sanctuary campus”? What happened to Emory’s student government? Why isn’t Migos performing at Dooley’s Week?Are we part of Atlanta yet?

2017 was a year of uncertainty. At Emory and nationwide, people grappled with the Trump administration’s unorthodox and divisive politics, the future of undocumented immigrants and the destruction of Hurricanes Harvey, Irma and Maria. On campus, Emory’s student governments dealt with the difficulties of a defunct constitution after the undergraduate-graduate split, a fraudulent booking agency scammed the Student Programming Council and the Atlanta City Council approved the University’s petition to annex into Atlanta. A year of change and turmoil, 2017 also saw a hit Netflix show being filmed down the road from the Atlanta campus and spawned one of the most beloved Emory Police Department (EPD) crime reports.

Wheel editors selected the 17 most pivotal stories of the year based on online page views and community impact. 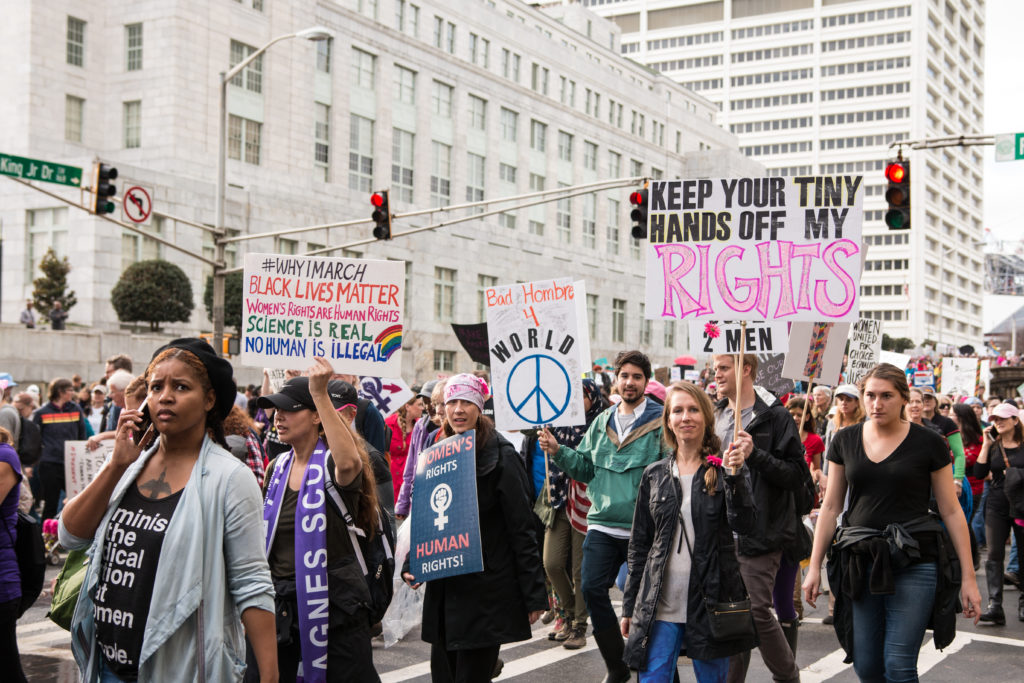 Amid a sea of handmade signs declaring “Nasty Women Make History” and “Women’s Rights are Human Rights,” more than 100 Emory community members joined thousands of protesters in Atlanta at the March for Social Justice and Women two days after President Donald J. Trump’s inauguration. Along with hundreds of other marches nationwide, the Atlanta protesters called on the Trump administration to pay attention to reproductive and civil rights. U.S. Rep. John Lewis (D-Ga.) and other politicians offered words of hope to the demonstrators. Read the full story here. Watch the video here. 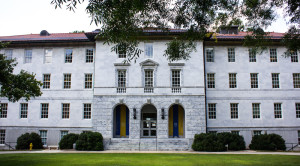 University administration decided to not designate Emory as a “sanctuary campus” after a petition asking Emory to adopt the label garnered signatures from 1,500 community members and 17 organizations. The University said Jan. 18 that it would support undocumented students through other methods, such as providing legal and financial aid. Some members of the Undocumented Students Association (USA) said they did not want Emory to be a “sanctuary campus,” citing legal implications, while the Emory Sanctuary Coalition wrote in a Jan. 18 Facebook post published shortly after the University’s announcement that the University had “not declared policy changes that would better support undocumented students, now or in the future.” Read the full story here.

On the day of University President Claire E. Sterk’s inauguration, about 175 Emory community members gathered on the Quadrangle to call on Sterk to designate Emory as a “sanctuary campus” in a demonstration organized by the Emory Sanctuary Coalition. The protesters implored the administration to adopt the designation and called Emory to focus on its social justice initiatives rather than its national ranking, among other criticisms. Only hundreds of feet away in Glenn Memorial Church auditorium, Sterk, a Netherlands native, emphasized the importance of collaboration and global engagement at her inauguration as the 20th and first female president of Emory University. Read the stories here. 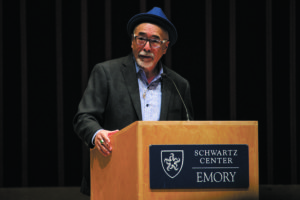 When former U.S. Poet Laureate Juan Felipe Herrera visited Emory, he discussed his memories of immigration, a contentious topic under the Trump administration, and how he uses storytelling to unite communities. In an interview with the Wheel, he criticized President Donald J. Trump’s promise to build a wall on the U.S.-Mexican border. “We’ve turned ourselves into the makers of a sick, border-securitizing machine and that’s our downfall,” Herrera said. Read the full story here. 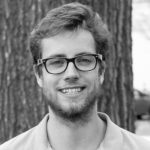 In the Wheel’s most-read story of 2017 with more than 8,500 page views, former Editorial Board member Duncan Cock Foster (17C) criticized the methods that the Emory administration uses to investigate fraternities, writing that the formal hearing process does not treat fraternities fairly and violates students’ rights. “We were guilty until proven innocent,” former Beta Theta Pi President Julian Adler (17B) said. Read the op-ed here.

The Wheel’s Editorial Board criticized student government leaders for rushing into a University-wide referendum that split SGA into two autonomous undergraduate and graduate branches. The Board opined that the leaders failed to prepare adequately for the consequences of the split, which included how to act with a defunct constitution. “Our elected leaders engineered a plan that failed to take any of this into account, and SGA is now operating without real checks on its action,” the Editorial Board wrote. Read the editorial here. 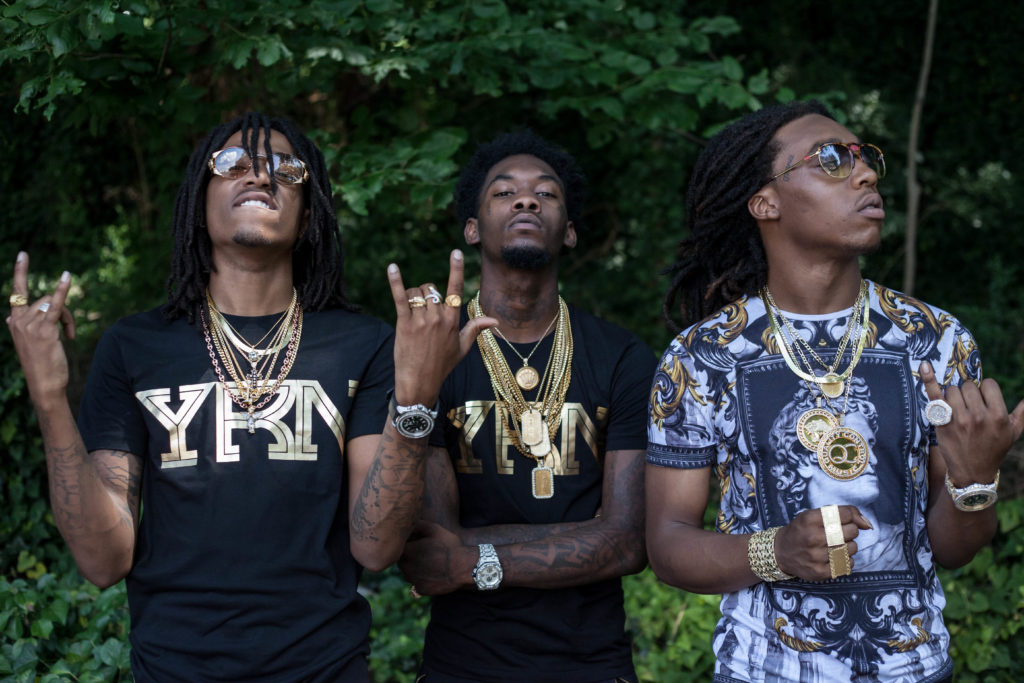 Weeks after announcing Migos as the 2017 Dooley’s Week headliner, Emory’s Student Programming Council (SPC) realized that the third-party booking agency that it had used to book the hip-hop trio was fraudulent. The agency was not on the University’s pre-approved vendor list and the Office of General Counsel and Campus Life failed to discover its illegitimate status until less than two weeks before the scheduled concert. After 13 unmet requests to student government leaders and administrators for public financial documents, the Wheel broke 65 days later that Emory had lost $37,500 to the fraudulent agency. Read the full story here. 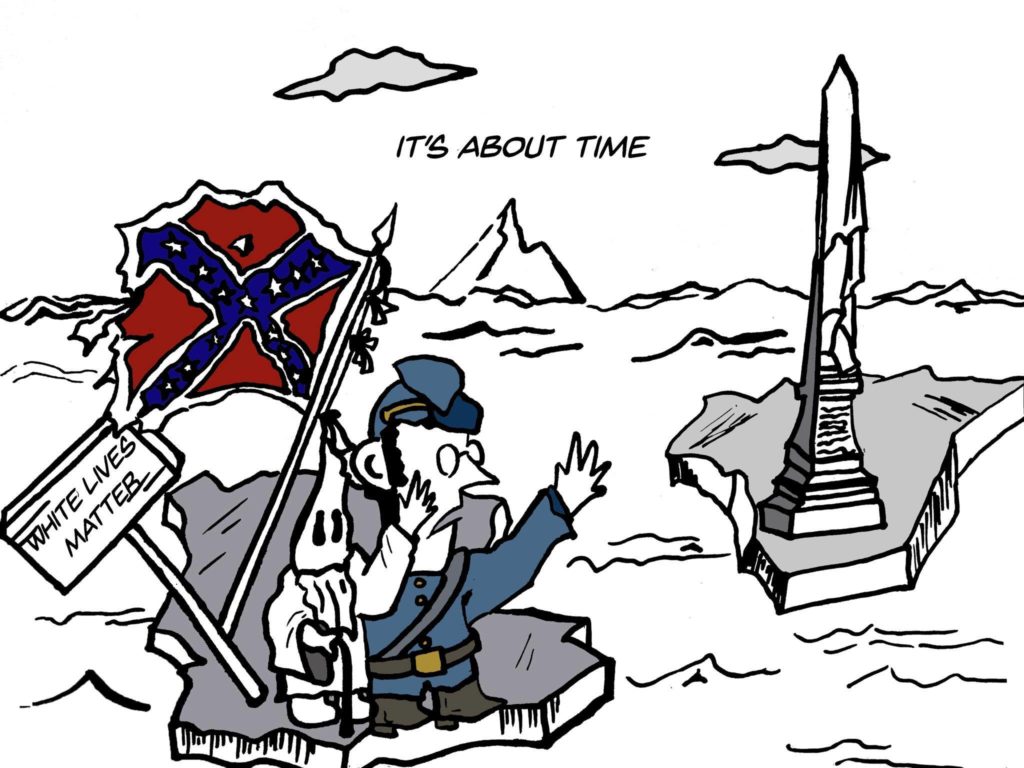 When Emory Police Department (EPD) responded to a call regarding an intoxicated individual, officers found a 19-year-old Emory student on her feet and unsteady. When officers asked the student who the president was, she responded “Coors Light.” The report went viral, garnering more than 4,900 page views and more than 1,250 reactions on Facebook. Read the full report here. 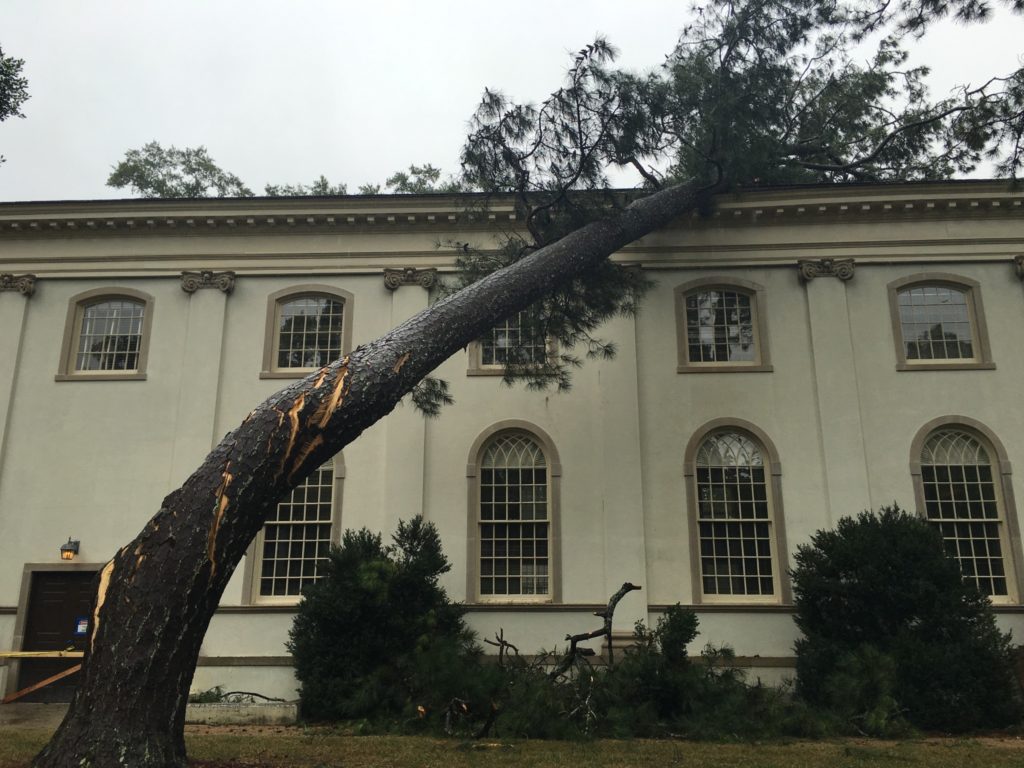 Emory weathered Hurricane Irma after it downgraded to a tropical storm, which caused intermittent power outages and downed trees on and around the Atlanta campus. The University closed for two days due to the severe weather conditions. Alongside Irma, Hurricanes Harvey and Maria also devastated areas in the South and Caribbean islands leaving some students worried about their homes and struggling to contact their loved ones affected by the storms. Read the full story here.

13. OP-ED: Wheel Lacks Black Student Voices: The Need for Diversity in the Newsroom 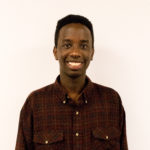 Editorial Board member Boris Niyonzima (20C) criticized the lack of black writers in the Wheel’s and national newsrooms. Citing a larger trend of disproportionately white and male newsrooms nationwide, Niyonzima called on the Wheel to “come up with creative solutions in advertising, outreach and retention to make their newsroom feel like a space where a diverse group of writers and reporters are welcome to be a voice for the voiceless.” Read the op-ed here.

During a historic weekend in Chicago, Emory’s men’s soccer team defeated the No. 1-ranked University of Chicago Maroons 3-0, extending the Eagles’ win streak to eight games. The win tied Emory at No. 1 with UChicago, Brandeis University (Mass.) and Rochester University (N.Y.) in the University Athletic Association (UAA). Read the full story here. 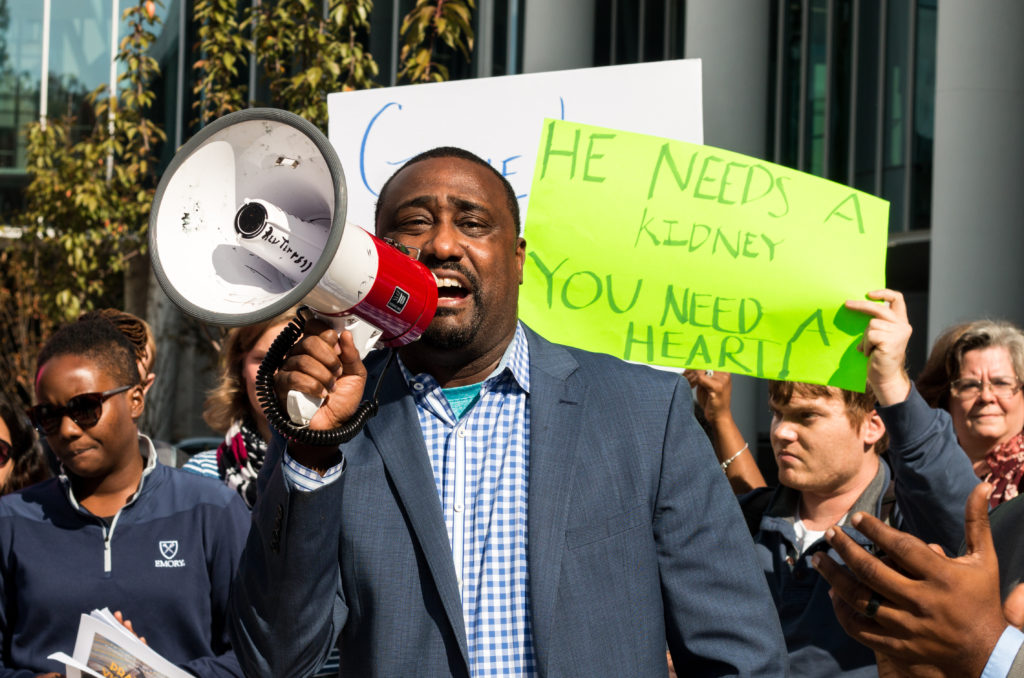 A string of protests and prayer vigils by greater Atlanta area and Emory community members ensued after Emory University Hospital (EUH) delayed toddler A.J. Burgess’ kidney transplant surgery. EUH had denied a request for Anthony Dickerson, who violated his probation, to donate his kidney to his 2-year-old son. About a month after EUH denied the request, EUH issued a public apology for its lack of communication with the family, and Burgess received a kidney from an anonymous donor before Thanksgiving. Read the story here. Read about Emory Healthcare’s response here. Read the full coverage here.

Although “Stranger Things’” Eleven (Millie Bobby Brown) might seem like she’s from another universe, she was actually raised five minutes down North Decatur Road. The University-owned Briarcliff Building A is a filming location for the hit Netflix series, where it doubles as Hawkins National Laboratory. Unknown to most, the building previously hosted the Georgia Mental Health Institute. Read the full story here.

17. Emory, CDC to be Annexed into Atlanta 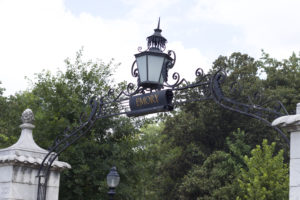 Atlanta City Council approved Emory’s annexation into Atlanta six months after Emory filed its initial petition. Alongside Emory, Centers for Disease Control and Prevention (CDC), Children’s Healthcare of Atlanta (CHOA) at Egleston, Villa International, Synod of South Atlantic Presbyterian Church and a Georgia Power substation are also scheduled for annexation into the city Jan. 1, 2018. The annexation will change some Emory service providers and may pave way for a MARTA light-rail line down Clifton Road. Read the full story here.