Emory’s four divisional councils and the Student Government Association (SGA) recently adopted the Emory Student Bill of Rights. The notion of a student bill of rights is laudable, and we commend the organizations for passing the resolution. But, as it currently stands, the resolution fails to detail how these rights will be ensured. We call on SGA, as the representative body for Emory’s undergraduate population, to seriously commit to the principles outlined in the Bill of Rights. Without a plan of action detailing how SGA will work with University administration, there is no guarantee that the goals of the resolution will come to fruition. SGA must follow up this resolution with actionable legislation.

Jasmine Cui (20C), the only member of SGA to oppose the resolution, stated that student rights aren’t a “new issue” and that SGA “needs to create more plans that are actionable.” The organization doesn’t have the finances or the capacity to address problems like hunger or homelessness alone — the only way to do that is by appealing directly to the University. While resolutions like this Bill of Rights are a start toward opening a dialogue with the University, they are not enough on their own. We now encourage SGA to draft a set of bills with actionable goals for enforcing their Bill of Rights.

Those goals can and should be focused on mobilizing the student body. Look at student mobilization in the past: in 2015, campus group Black Students of Emory demanded that the administration address 13 concerns related to black student experiences at Emory. The protest achieved University-wide actions such as the creation of a revised bias incident reporting system and the Black Mental Health Ambassadors program. While SGA might usually occupy a less visible role in collaborating with the administration, we hope they openly communicate the steps they plan to take to actualize the Bill of Rights with the student body and the administration alike. As a group of motivated students with an understanding of the policy changes necessary to make their Bill of Rights a reality, SGA can give the student body the forum that they need to lobby the University either through town hall meetings with administrators or with letters of discontent.

SGA should also consult students as they consider legislation meant to ensure the administration guarantees these student rights. They must partner with organizations like the Black Student Alliance and Sexual Assault Peer Advocates in order to enforce a bill of rights that will truly protect every student. These and other affinity organizations have a pulse on the student experience at Emory, and have the capacity to represent more student demographics.

The ideals that SGA proposes to realize, if coupled with a focus on student-driven action, could make Emory an example among universities. To achieve this, however, SGA must be intentional about making these ideas a reality. They have passed a resolution that is aspirational and noble. Now it is time for SGA to fulfill these demands — let’s stop hoping and start acting.

CORRECTION (10/9/19 at 12:14 p.m.): A previous version of this editorial stated that Jasmine Cui was a CC legislator. In fact, she is an SGA representative. 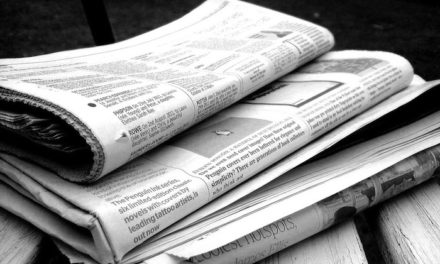