On Wednesday, Nov. 20, Emory students must decide whether to raise Emory’s Student Activity Fee (SAF) by $15. We urge students to vote “yes” on this referendum to ensure Emory’s student organizations remain fully funded.

Given the high tuition costs that Emory students pay, reluctance to support a raise in Emory’s SAF in next Friday’s Student Government Association (SGA) referendum would be understandable. However, in this case, a small increase in the SAF is justified. Over the past several years, inflation has eroded the already weak purchasing power of Emory’s SAF funding. If we don’t vote to raise the SAF, previously underfunded organizations like those under Media Council could be in jeopardy, and students will struggle to create new organizations.

SGA first set the SAF in 2006, and its purchasing power has been significantly reduced since then due to inflation. The proposed $15 raise will almost exactly offset that reduction, giving the SAF the same buying power it had in 2006. Additionally, the bill changes the structure of the SAF, ensuring that it is raised 1.5 percent every year to keep pace with inflation. These common-sense changes would ensure that students receive the same level of services year-to-year.

While the SAF increase may be justified based on inflation, SGA should release further information regarding exactly how the money will be allocated to divisional councils. Especially following last year’s contentious club audit and misallocation of funding, SGA must be transparent concerning how much funding each division will receive and the methodology driving these allocations. SGA’s current website explaining the issue is a welcome change from the dysfunction of last year’s administration. That being said, more details would help students make informed decisions in referendums and elections.

SGA must also complete a comprehensive, full-year audit to obtain attendance and spending data for clubs across all divisions. College Council legislators were right to raise this concern when they failed to endorse the SAF on Nov. 13. Given its recent history of mishandling student funds, SGA clearly has internal problems that must be addressed. To prevent future mishaps, SGA should release these numbers and levels of funding each club receives every year so that students can see for themselves that their money isn’t going to waste.

The increase will be fully covered for all students receiving financial aid, according to SGA President Ben Palmer (18Ox, 20C). For all others, $15 is a small change compared to the University’s nearly $2,000 tuition increase last year. While college attendance costs are increasing at an alarming rate, the SAF is not the cause. On Wednesday, Emory students should vote to raise the SAF, a small price to pay to keep our beloved and impactful campus organizations going strong. But without significant financial reform, it’s unlikely much will change. 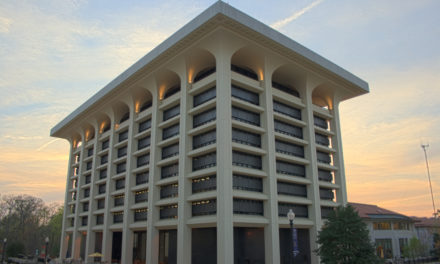 Trump is One Expensive Hypocrite