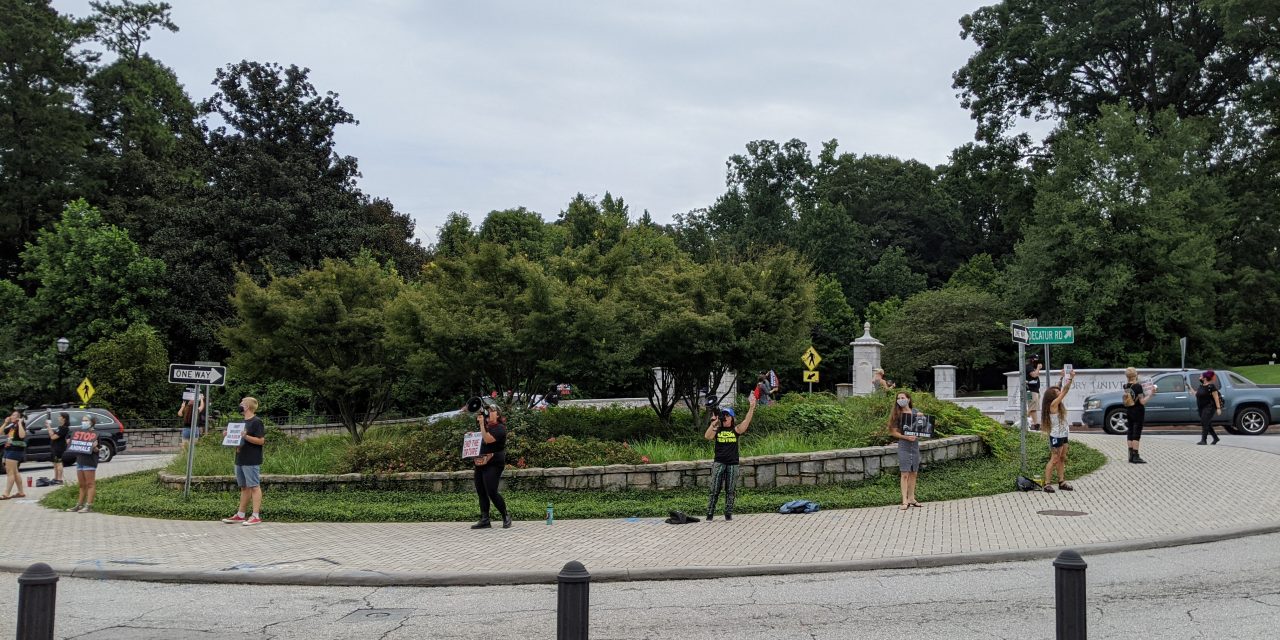 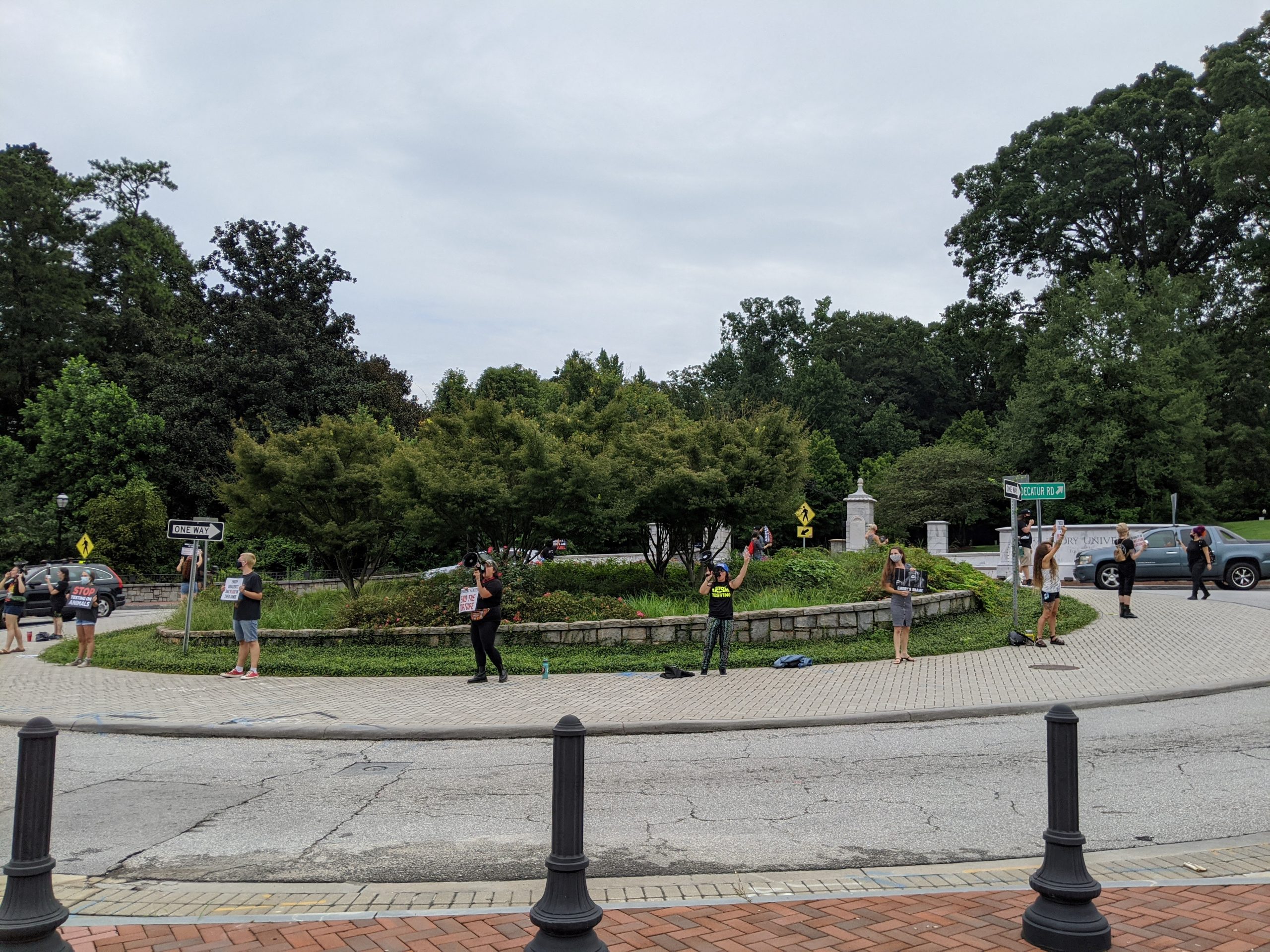 “Greg Fenves has blood on his hands!” was a common cry chant from demonstrators, who received some honks of support from passing vehicle traffic.

Yerkes is the oldest of the seven National Primate Research Centers that are partially funded by the National Institutes of Health (NIH) and is owned by Emory University. The center currently has 3,000 “non-human primates” and 8,000 rodents.

The protest was part of a week of action from the group, which plans to travel to other slaughterhouses in Georgia, South Carolina and North Carolina throughout the week. Members had previously protested at Pilgrim’s Pride, a poultry processing plant in Athens, Ga.

Yerkes has been a source of controversy since its founding and was most recently accused of negligence in the deaths of three voles and a rhesus monkey in 2017. People for the Ethical Treatment of Animals (PETA) called for the NIH to cease funding the University in October 2019, citing other violations of federal animal welfare guidelines.

Trent Morrow, a member of Animal Activism Mentorship and one of the organizers of the protest, said the group wanted to take advantage of the arrival of a new University president.

“We’re hoping since he’s a fresh set of eyes, maybe he will see our protest and we want to call on him to end this,” Morrow said of Fenves. “We want him to shut down Yerkes.”

Morrow added that he believes animal-based research is not effective, a statement echoed by Maria Leonardi, another mentor with the group based in Detroit. A majority of the protesters were local, Leonardi said.

“There’s been no medical advancements,” Leonardi said, citing PETA as the source of the information. Iin 2018, PETA published an article stating that more than 90% of experiments on animals fail to lead to human treatments, citing a review published in the British Medical Journal in 2014.

Leonardi, who said she was involved in protests against Texas A&M University for its research on dogs in 2019, added that the group aims to have targeted campaigns in order to increase awareness among the student body and local community.

COVID-19 has changed the nature of activism for the group, Morrow said. Animal Activism Mentorship has been holding virtual workshops to mobilize community members and detail their “exploitation.”

In an Aug. 27 email statement to the Wheel, Assistant Vice President for Communications and Public Affairs Laura Diamond said that the Yerkes animal colony is crucial to the center’s research. The statement added that Yerkes has maintained an accreditation for its human treatment of animals from the Association for Assessment and Accreditation of Laboratory Animal Care (AAALAC) since 1984.

“Critical to the Yerkes Research Center’s infectious disease, neuroscience and transplant medicine research is our animal colony, which enables us to provide unique insights not available with other scientific models,” the statement reads.