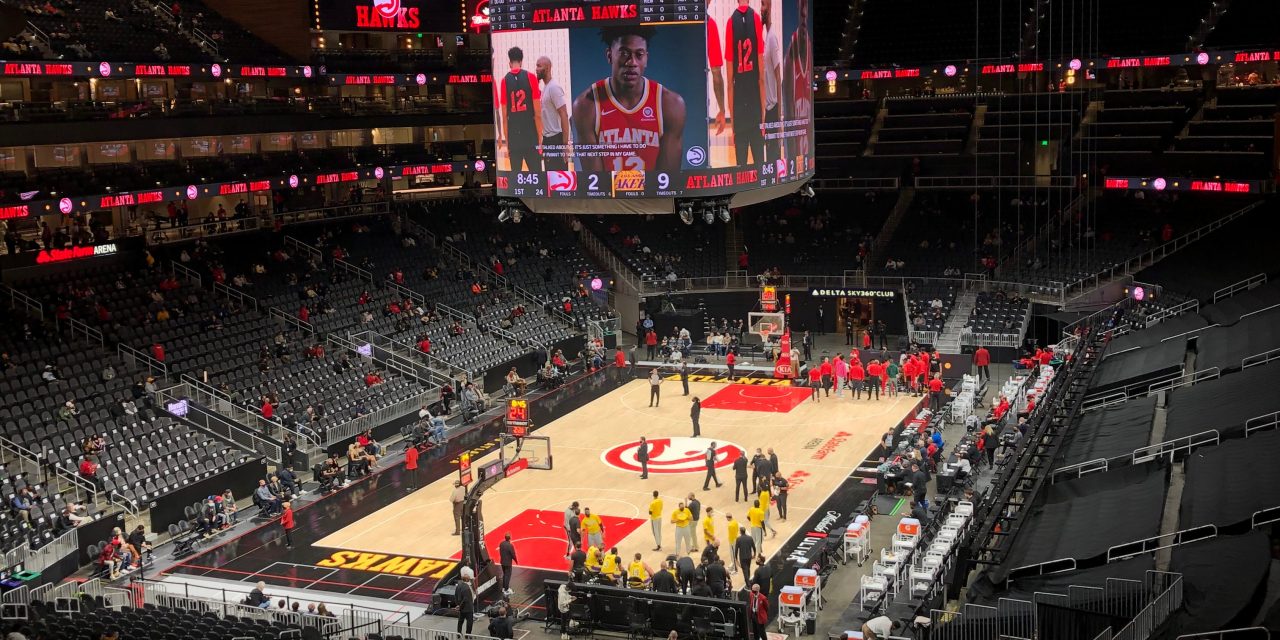 The 2019-20 NBA season, after weeks of postponement due to COVID-19, resumed and finished in the Orlando bubble in March. Since the NBA’s intentions were to create an environment maximally safe from the virus, gameplay differed vastly from the usual stadiums packed with cheering fans. Despite the bubble’s resounding success in keeping teams safe from COVID-19, NBA players felt mentally and physically trapped, with some comparing the bubble to a prison sentence. However, in this NBA season, the bubble has popped as arenas throughout the league are now allowing fans to attend in person and enjoy a semi-normal fan experience.

In pre-COVID times, half the fun of going to a basketball game, or any sporting event, is the energy of the crowd — the sense of community, the camaraderie and the electric atmosphere among fans. While these key attributes have been stripped during the pandemic, many fans remain eager to return to watch their favorite stars in person.

Eli Mars (23C) is one such fan. Mars, a California native and Los Angeles Lakers fan, attended the Hawks game on Feb. 1, when the Hawks took on the defending champion Lakers. Mars reflected on this unique experience and listed off the myriad changes of attending a game during a pandemic.

“I showed up and had to download the CLEAR app,” Mars recalled. “In the app, I had to download a picture of my drivers licence, fill in some basic information, and [then] the app scanned my face to see if I had a fever. Once I showed a Hawks staff member that I had been approved on the app, I went through security and I was in.”

Under normal circumstances, lucky fans can sometimes sneak down into seats closer to the court. While getting past security is usually the stiffest obstacle, during COVID, the Hawks resorted to more extreme measures to ensure social distancing protocols were followed.

“Since the stadium was only open to 10% capacity, there were a ton of empty seats, but there was no moving down to better seats,” Mars said. “The empty seats were sealed shut, so you couldn’t pull down the seat [to sit]. This is a COVID precaution that was definitely effective, and there were also people walking around with signs telling fans to keep their masks on at all times unless you were eating or drinking.”

While many health officials recommend that NBA teams play games in empty arenas, teams that have opened their doors to fans enforce strict social distancing and public health regulations to mitigate spreading the virus.

“I honestly felt really safe,” Mars said. “I know a lot of people are partying, and going to a party right now seems 10 times worse than going to a game.” 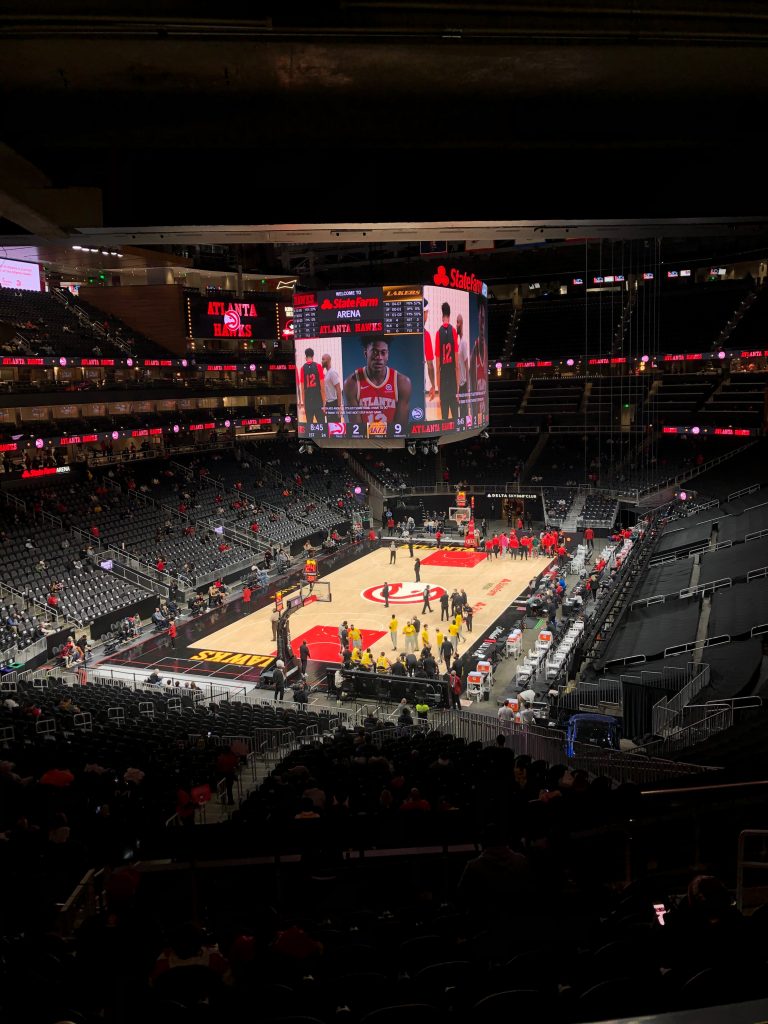 The Atlanta Hawks take on the Los Angeles Lakers in Mercedes Benz Stadium. Fans were allowed in at limited capacity. (Courtesy of Eli Mars)