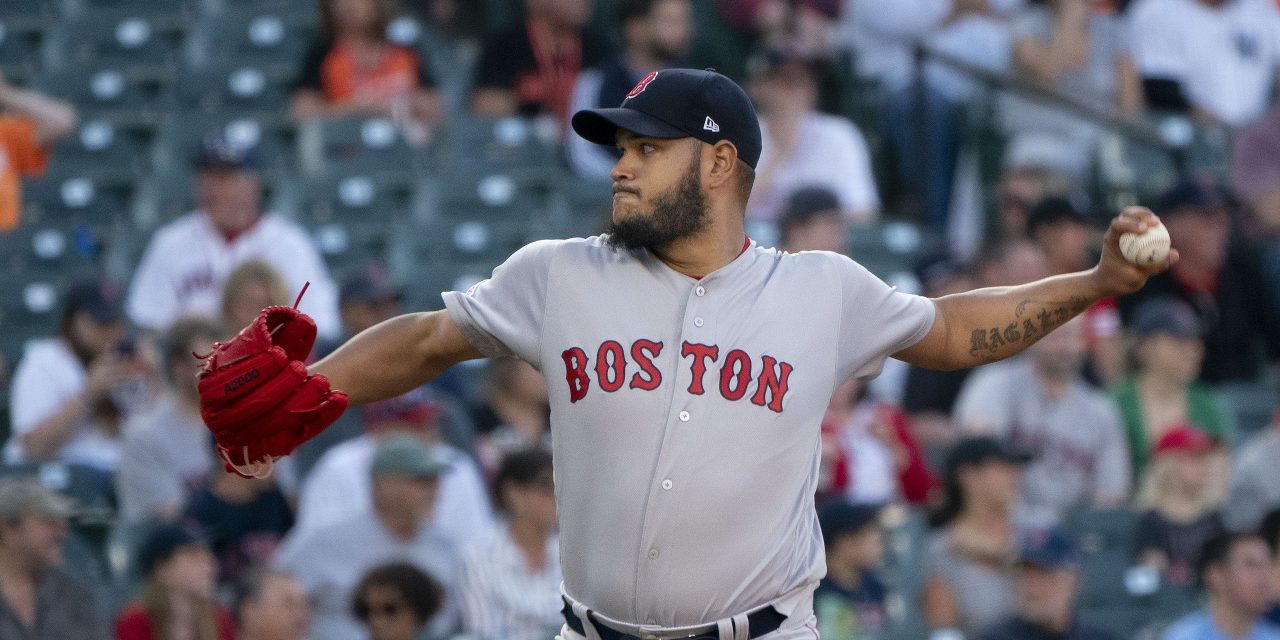 While fireworks illuminated the sky and confetti showered upon Times Square to mark the beginning of 2021, such traditional New Year festivities belied the absence of a large and exuberant crowd.

Prior to the emergence of COVID-19, such a scene in New York City would have seemed impossible. Nonetheless, a pandemic that has claimed the lives of nearly 400,000 individuals in the U.S. has made it a sobering reality.

Professional sports in particular have been forced to contend with the health-related and logistical challenges that stem from the coronavirus. Stadiums and arenas packed with fans now present clear health hazards, which has forced sports leagues to limit or completely exclude fans from attending live games.

Initially, leagues such as the NBA and NHL resumed play by creating social bubbles in which all games could be played at the same location to limit travel and potential COVID-19 transmission. The NBA, which based its operations in the Walt Disney World Resort in Lake Buena Vista, Florida, impressively recorded zero positive tests among its 22 competing teams. In addition to limiting the spread of COVID-19, the bubble offered NBA players a tantalizing array of amenities and services — such as a player lounge, video games and flat screen TVs, pools, barbers, manicurists, pedicurists, screenings for movies yet to be released by Disney — for them to enjoy in the bubble. The NHL resumed play in August within regional bubbles located in Toronto and Edmonton, Canada, similarly preventing the spread of COVID-19 in stunning fashion. According to the league, players in the bubble gained access to restaurants, movie theaters, player lounges and recreational facilities within their respective municipal zones.

Still, despite the effective safety measures and luxuries the bubbles offered, NBA and NHL players commonly spoke about the effects of monotony and the mental toll endured during their time in relative isolation. Los Angeles Clippers forward Paul George became one of the first players to open up about the bubble’s effect on his mental health after numerous poor postseason performances against the Dallas Mavericks. The star acknowledged that beyond the novelty of playing in a bubble, his inability to leave it destabilized his sense of self.

Clippers’ Paul George said he talked to psychiatrist after slump before Game 5 breakthrough: “I underestimated mental health, honestly. I had anxiety and a little bit of depression. Being locked in here (in the bubble), I just wasn’t there. I checked out.” pic.twitter.com/rwOzAnxSKK

George told Ben Golliver of The Washington Post, “I underestimated mental health, honestly. I had anxiety, a little bit of depression, just being locked in here. I just wasn’t there. I checked out. For games two, three and four, I just felt like I wasn’t here.”

Boston Celtics shooting guard Jaylen Brown also revealed that despite the material comforts of the bubble, NBA players struggled to remove themselves physically and mentally from the pressure of performance.

“Being here in this bubble, I guess people might not speak on it but it is a challenge to a lot of guys,” he said in an interview. “It’s like you’re at work all the time. A lot of guys when they get done playing basketball, they want to be able to leave and forget about basketball for a little bit. It’s impossible here in the bubble..”

For some NHL players, like Boston Bruins goalie Tuukka Rask, isolation from family proved to be a force too powerful to overcome. In one of the most surprising moves of the NHL postseason, Rask opted out of bubble play to return to his family despite his stellar 2.12 goals against average during the 2019-20 regular season.

Rask ultimately had no regrets about his decision, sharing with NBC Boston, “It was a tough decision to leave, but then again, it wasn’t, because I knew that it was more important to be home at that time. So, that was easy to live with.”

As professional sports have had more time to adjust to the pandemic, the MLB, NBA and NFL have transitioned to largely normal travel and play schedules, albeit with most fans still unable to attend the games. While a semblance of normalcy has returned to sports, players and coaches have found themselves more exposed to the virus outside of the bubble.

The MLB was the first to begin a season outside of a bubble during the pandemic, and the league quickly faced a series of health-related challenges that threatened to suspend the season. After completing their first series of the season, the Miami Marlins had 18 players test positive for COVID-19. Soon after, the St. Louis Cardinals experienced their own outbreak that resulted in an extended quarantine period and multiple players experiencing severe symptoms from the virus. Perhaps most strikingly, on Aug. 1 Boston Red Sox pitcher Eduardo Rodriguez was forced to sit out for the rest of the season due to myocarditis — an inflammation of the heart — that stemmed from his COVID-19 infection. 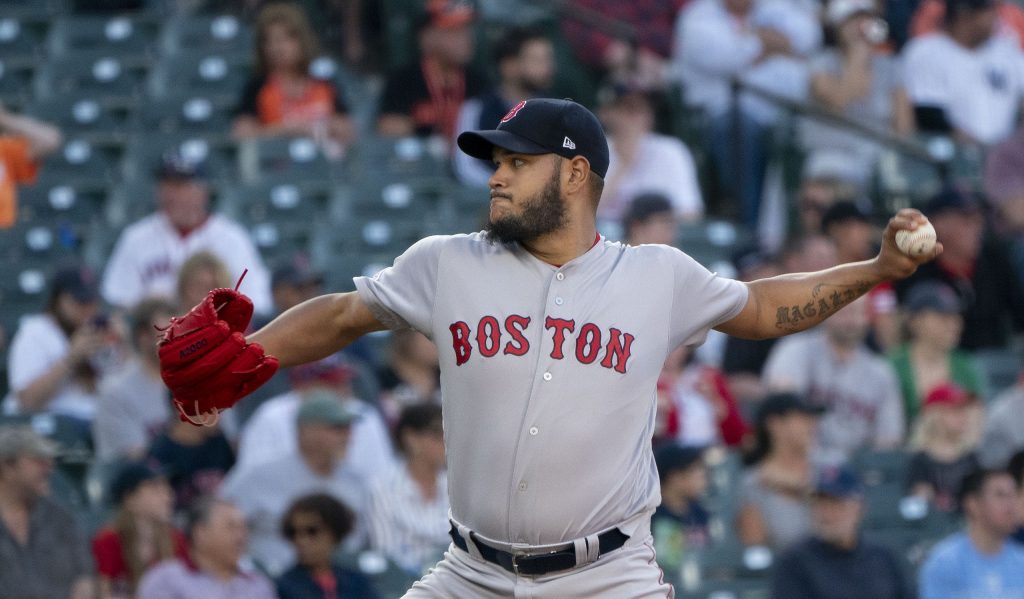 Boston Red Sox pitcher Eduardo Rodriguez winds up in a game against the Baltimore Orioles in 2019. Rodriguez was forced to sit out most of the 2020 season due to an inflammation of the heart. (Wikimedia Commons/KA Sports Photos)

The NFL has similarly struggled to contain the spread of COVID-19. The Baltimore Ravens had more than 20 players test positive for the virus, including star quarterback Lamar Jackson. COVID-positive players and those who were in close contact with them were required to isolate when the team faced the Pittsburgh Steelers in a matchup with serious playoff implications. On a Nov. 29 game against the New Orleans Saints, the Denver Broncos had no choice but to play rookie wide receiver Kendall Hinton at quarterback after their four quarterbacks landed on the COVID-19 reserve list. As the NFL entered the postseason, Cleveland Browns head coach Kevin Stefanski, after guiding his team to its first playoff berth since 2002, tested positive for COVID-19 and was unable to coach his team on the sidelines.

In the NBA, which began its young 2020-21 season on Dec. 22, the impact of COVID-19 has been magnified due to the smaller size of NBA rosters. The Houston Rockets home opener was postponed after three players tested either positive or inconclusive for the virus. Contact tracing then resulted in the additional seven-day quarantine of key players such as center DeMarcus Cousins and newly acquired point guard John Wall. With guard James Harden choosing to attend a nightclub in violation of the league’s COVID-19 protocols, the Rockets failed to meet the minimum requirement of eight available players needed to play a game. The Philadelphia 76ers also recently experienced a setback with point guard Seth Curry testing positive. Besides missing Curry’s lights-out three-point shooting (59.5%) the 76ers had to contend with NBA protocols and contact tracing, which limited the team’s roster to only eight players for their Jan. 9 matchup against the Denver Nuggets.

All told, professional sports faces a slippery slope when protecting the health of its players. While the bubble served as an ideal way to curtail the spread of COVID-19, players suffered mentally and physically. However, sports leagues bursting their bubbles has led to a clear rise in cases among players and coaches. This unfortunate reality highlights that no silver bullet truly exists when it comes to playing sports during this pandemic. More than a bubble or COVID-19 protocols, it will take patience, prudence and perseverance from players, coaches, fans and team and league executives to sustain professional sports during these trying times.