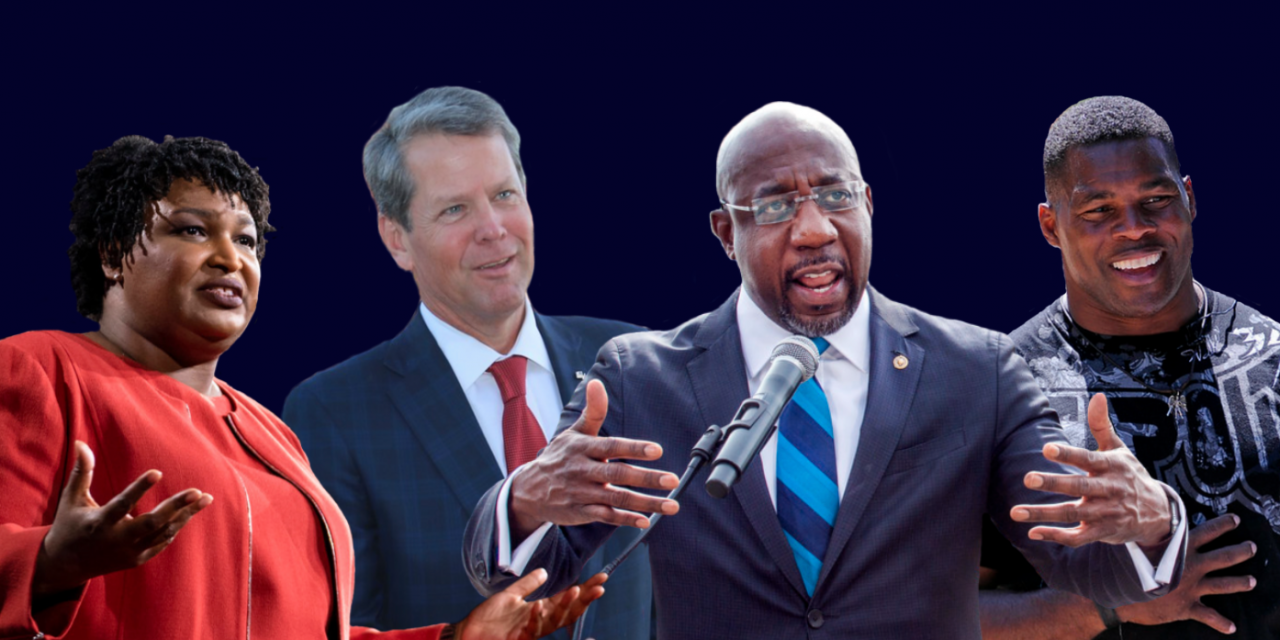 Voting for Georgia’s primary elections closed on May 24 at 7 p.m. Winners will represent the Democratic and Republican parties on the Nov. 8 general election ballot. Although the races for the secretary of state Democratic nominee and the lieutenant governor Democratic nominee advanced to a runoff after no candidate received over 50% of the vote, several major nominations were declared, including the candidates for Georgia’s governor and U.S. Senate seat. The runoff election will take place on June 21. 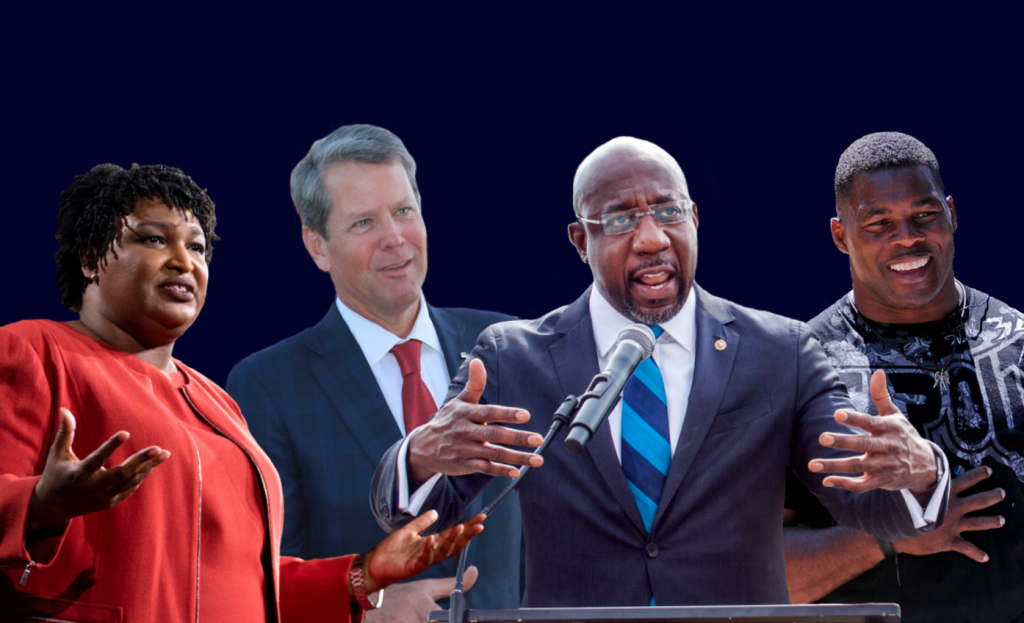 “David Perdue is a great leader and a wonderful guy,” Trump said in an endorsement video. “He has my complete and total endorsement.”

While in office, Kemp signed the “heartbeat bill” into law in 2019, banning most abortions after six weeks, but the bill was struck down by a federal judge in 2020 for violating the 14th amendment. He also passed the Unmask Georgia Act, which prohibited schools from requiring masks, and legislation repealing citizen’s arrest after the death of Ahmaud Aubrey, whose killers alleged they were implementing a citizen’s arrest.

Gubernatorial candidate Stacey Abrams, who ran unopposed in the primaries, won the Democratic nomination for the general election.

Kemp thanked conservative voters for supporting “our vision for this great state” in a speech Tuesday evening, earning cheers and chants of “four more years” from the crowd.

“Our battle is far from over,” Kemp said. “Tonight, the fight for the soul of our state begins to make sure that Stacey Abrams is not going to be our governor or the next president. The reason that’s so important is because Abrams would take Georgia in a completely different direction.”

Abrams last campaigned against Kemp in the 2018 gubernatorial election, which caught the nation’s attention and sparked claims of voter suppression and election fraud in Georgia. She refused to concede after Kemp declared victory on Nov. 7, 2018 and launched a provisional ballot program, alleging that provisional and absentee ballots still remained to be counted. A court-mandated review of rejected ballots yielded an additional 650 absentee and 82 provisional ballots to be counted in the race.

Kemp, who alleged that state Democrats hacked Georgia’s voting system days before the election, was officially declared as governor-elect on Nov. 28, 2019, beating Abrams by 1.5 percentage points. Abrams subsequently founded her nonprofit Fair Fight Georgia and advocated for election reform in the state.

She launched and funded a program to recruit and train voter protection teams across 20 states and funded 24 grassroots organizations dedicated to mobilizing voters of color in Georgia.

“Four years ago, I warned about the failure that Kemp was going to be,” Abrams said May 24 before her win was confirmed, according to the Associated Press. “And four years later I am going to prove he was the wrong choice for Georgia.”

During his time in office, Warnock cosponsored the Solar Energy Manufacturing for America Act and introduced the Preventing Election Subversion Act.

Warnock thanked Georgia voters who supported his campaign in a May 24 tweet after the Associated Press declared his win.

“It is the honor of my life to represent Georgians in the U.S. Senate,” Warnock tweeted.

In his acceptance speech, Walker said that he aimed to save the United States from “a bunch of maniacs too drunk with power” who “don’t even like this country,” according to the New York Times.

Walker’s entrance into U.S. politics has been controversial. Several domestic violence allegations were filed against Walker — who has dissociative identity disorder — between 2001 and 2008. In 2005, Cindy Grossman, Walker’s ex-wife, alleged that he behaved in a violent and controlling manner and secured a protective order against him. Walker was never arrested or charged with a crime.

The race for this Senate seat was widely watched in 2021. Former Sen. Johnny Isakson (R-Ga.) resigned on Dec. 31, 2019 due to health concerns, and Kemp appointed former Sen. Kelly Loeffler (R-Ga.) to complete the remainder of Isakson’s term. However, Warnock beat Loeffler in a runoff election, allowing him to occupy the Senate seat until this year’s election cycle.

Warnock’s 2021 victory was historic as both he and Sen. Jon Ossoff (D-Ga.) beat the Republican incumbents, therefore flipping the Senate and establishing a thin Democratic majority with 50 Democratic senators plus U.S. Vice President Kamala Harris casting the tie-breaking vote. This turned the U.S. Senate blue for the first time since 2014.

Rep. Nikema Williams (D-5) is up for reelection for the U.S. House District 5 against Republican nominee Christian Zimm (15Ox, 17C, 20B, 20L), who ran uncontested. While in office, Williams  introduced the Striking Workers Healthcare Protection Act, which has not passed the House, and re-launched the bipartisan Congressional Endometriosis Caucus. Since leaving Emory, where he was the president of Emory College Republicans, Zimm worked as a real estate agent.

The Democratic lieutenant governor election advanced to a runoff between former member of the U.S. House of Representatives Kwanza Hall (D-5), who completed the late Civil Rights icon and Congressman John Lewis’ term, and Attorney Charlie Bailey, as no candidate received over 50% of the vote.

The winner of the runoff will advance to the general election against the Republican nominee and Georgia State Senator Burt Jones (R-25), who narrowly avoided a runoff with 50.1% of votes, according to the New York Times.

After securing his spot on the general election ballot, Jones tweeted that he is “looking forward to working toward a big win in November.”

Jones was not officially deemed the winner until the evening of May 27 — three days after the election — when his opponent President Pro Tempore of the Georgia Senate Butch Miller (R-49) conceded. However, Jones personally declared victory in a May 25 statement, writing that he “narrowly avoided a runoff.”

“Now is the time to unite as a party and stand together against whichever Democrat candidate emerges — and I look forward to working together with my primary opponents to do just that,” Jones wrote on May 25.

Miller, however, wrote in a May 25 statement that there were still outstanding votes that had to be counted.

“When the final tally is in, we will know for sure if there will be a runoff or not,” Miller wrote on May 25. “Until then, any speculation or political posturing is just that.”

He released a new statement on May 27, congratulating Jones on his win and urging advancing candidates to “fight all [they] can on the campaign trail” but “accept the election results” once votes are counted.

“I love our state and I believe in the American Project,” Miller wrote. “I concede this race today not asking for a recount, despite how close we came to a runoff.”

Georgia State Representative Bee Nguyen (D-89) and former Georgia State Representative Dee Dawkins-Haigler (D-91) advanced to a runoff election for the Democratic secretary of state election, as no candidate received over 50% of the vote. The winner of the runoff will advance to the Nov. 8 general election against Republican incumbent Brad Raffensberger, who won the primaries. Trump was an outspoken critic against Raffensberger, who publicly refuted the former president’s claims of fraud during the 2020 election and confirmed Biden’s win.

Incumbent Attorney General Chris Carr, who is considered the chief lawyer representing Georgia in legal cases, is up for reelection against Georgia State Senator Jen Jordan (D-6), the Democratic victor. During his tenure, Carr established the Human Trafficking Prosecution Unit and secured a $636 million opioid settlement.

Republican incumbent Richard Woods and Democratic candidate Alisha Thomas Searcy were nominated for state school superintendent, the administrative head of the Georgia Department of Education. While in office, Woods issued a one-time bonus of $1,000 for teachers and staff during the pandemic, and decreased high-stakes standardized testing.

Georgia Supreme Court Associate Justice Verda Colvin was elected into office, beating her only opponent, Attorney Veronica Brinson. She was appointed by Kemp in 2021 to fill the position until this election cycle, making her the first Black female to be chosen by a Republican governor. Justices Shawn Ellen LaGrua and Carla Wong McMillian, both of whom ran unopposed, were also reelected.

Update (5/26/2022 at 3:44 p.m.): This article was updated to include recent vote totals and statements from Georgia State Senator Burt Jones (R-25) and President Pro Tempore of the Georgia Senate Butch Miller (R-49).

Update (5/28/2022 at 2:37 p.m.): This article was updated to include the results of the Republican lieutenant governor election.