How Dennis Rodman transformed culture by teaching us to buck norms 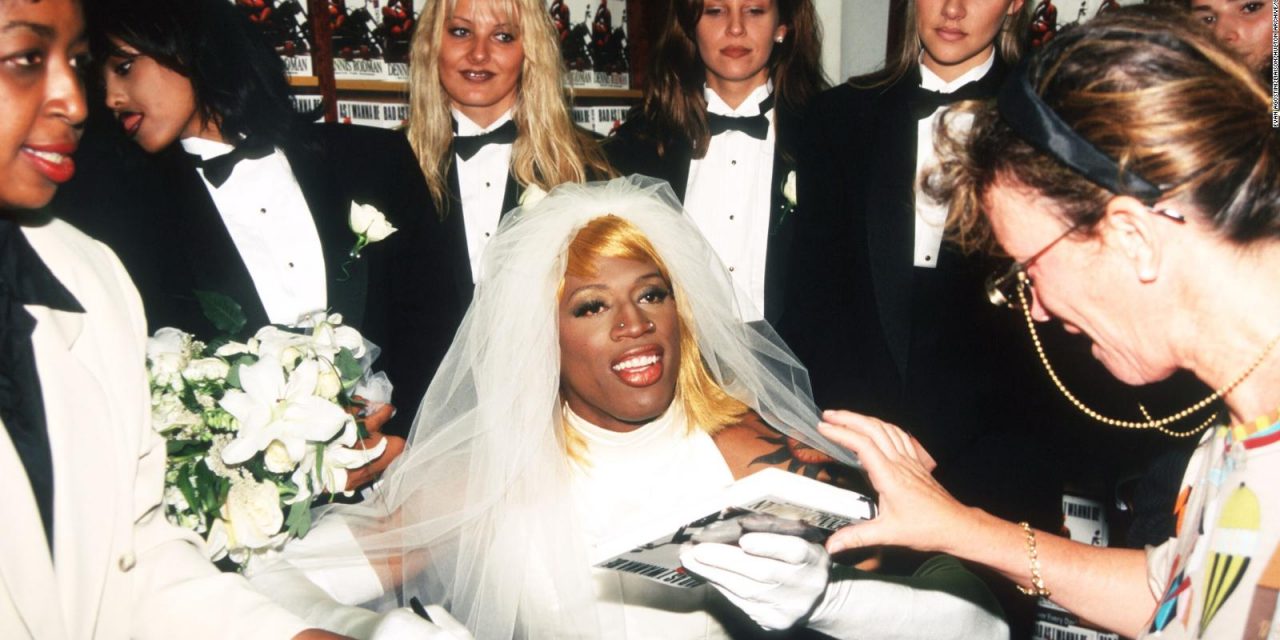 Last semester, I studied abroad in Cape Town, South Africa. One morning, I was sitting around chatting with my housemates. We were discussing gender and sexuality, and I offhandedly brought up Dennis Rodman. I assumed Rodman was a niche 1990s talking point that only American sports fanatics would understand, so I expected starting a conversation about him with two non-sports fans halfway across the world would be a lost cause. To my surprise, my housemates knew who Rodman was immediately, and we quickly launched into a lengthy discussion about what he did for gender roles for athletes and men, and particularly Black men.

People have given Rodman many different titles: the best on-ball defender in National Basketball Association (NBA) history, an eccentric, a wannabe foreign ambassador and Trinity Rodman’s father, to name a few. To me, however, Rodman’s status as an icon of subversive masculinity and a pioneer of genderbent fashion is the most important part of his legacy.

But let’s say that you don’t know who Dennis Rodman is – here’s your history lesson.

Rodman was born into extreme poverty in the Dallas area. After an unremarkable high school athletic career, his mother kicked him out of the house after graduation. Over the next two years he experienced homelessness, but also rapidly grew from 5’6” to 6’8”. He practiced his game and was recruited by Southeastern Oklahoma State University when he was 22 years old.

Rodman rose above the mediocrity of Southeastern Oklahoma’s program and the racism he experienced there, and the Detroit Pistons drafted Rodman 27th in the 1986 NBA draft. In Detroit, his rebounding prowess earned him the nickname “The Worm,” and he became an integral part of the “Bad Boy Pistons,” a gritty, controversial team full of superstars that won back-to-back NBA titles in 1989 and 1990.

Rodman later joined Michael Jordan’s Chicago Bulls and played a major role in their iconic championship three-peat from 1996-1998, which was highlighted in ESPN’s documentary series chronicling Jordan’s career called “The Last Dance.” Viewers quickly became enamored with Rodman, one moment from the documentary that took fans and nonfans alike by storm was a clip of Rodman explaining how he became an elite rebounder.

But the Worm’s athletic achievements just scratch the surface of who he is. To give you a clearer picture of Rodman, I’ve compiled some of his most iconic fashion moments. 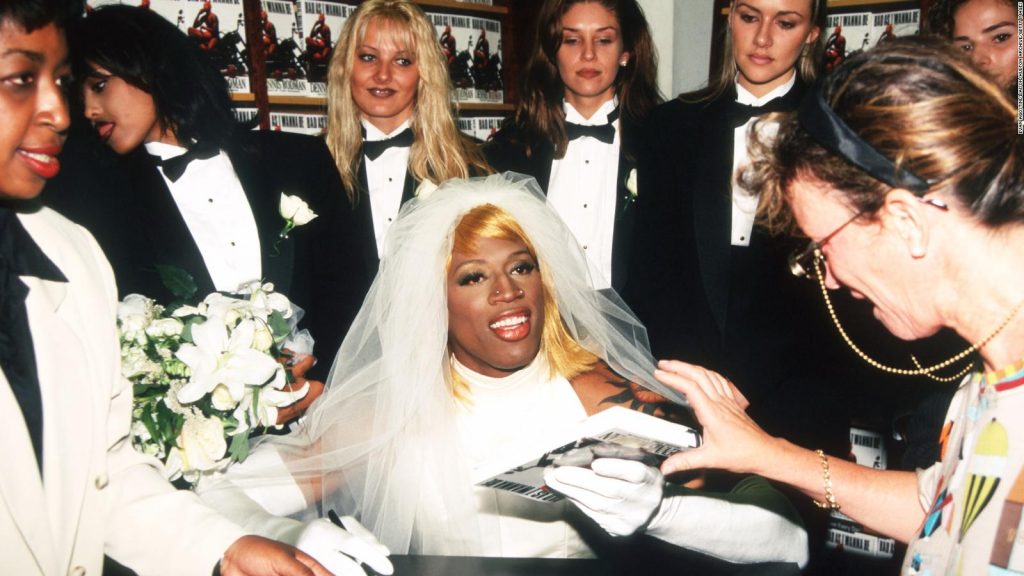 Rodman signs his autobiography on Aug. 21, 1996 in New York City. Rodman arrived in a horse-drawn carriage dressed in a wedding gown to launch his new book called “Bad as I Wanna Be.” (Photo by Evan Agostini/Liaison)

In 1996, Rodman showed up to a New York City Barnes & Noble in a full wedding gown while promoting his book Bad As I Wanna Be, claiming to “marry himself.” It goes without saying that donning a wedding dress itself is iconic, but the stakes are raised even higher when the person doing so is 6’8,” employed in a quintessentially masculine profession nearly 30 years ago in a less progressive, queer-friendly era. While the wedding dress was one end of the spectrum, Rodman often wore more casual outfits with pieces that were more traditionally feminine. 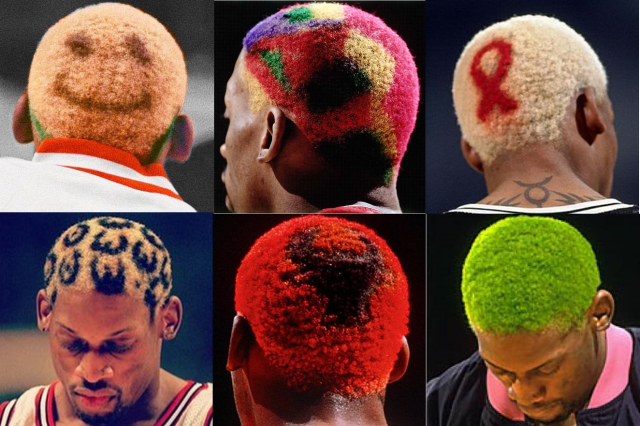 A collage of some of Rodman’s colorful hairstyles. (Pinterest)

Rodman also frequently expressed himself through his hair. From tributes to teammates to smiley faces to social causes to insane colors, Rodman brought a new look to the court every night during a time when loud hair expressions were not common. 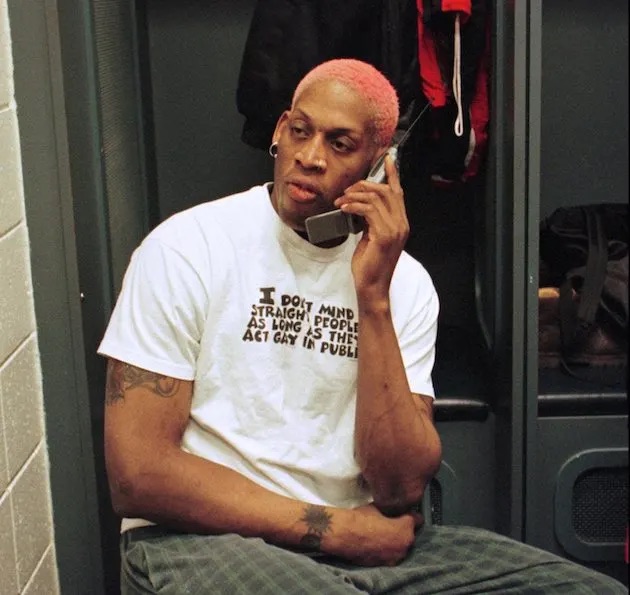 Rodman talks on a cell phone in 1996. (AP Photo/Jeffrey Phelps)

My personal favorite image of Rodman is a casual shot of him in the locker room. He has classic pink hair, ear gauges, a phone hilariously of-the-time and a white t-shirt that reads, “I don’t mind straight people as long as they act gay in public” that pokes fun at conservative language surrounding sexuality.

To me, this photo best encapsulates Rodman’s impact. Rodman’s own sexuality is complex – he called himself bisexual in his book and straight in press junkets for it, but he also admitted to experimenting with men and visiting gay and drag clubs.

However, Rodman’s own sexuality isn’t what matters. What matters is that Rodman wore this shirt openly in the locker room and in front of the media. Men’s sports have long been understood as an unwelcoming space for queer men, illustrated by the fact that the NBA has never had an openly out player on a roster. Despite the homophobia, Rodman never shied away from expressing himself.

The Worm’s boldness went beyond just what he wore. He also talked about taboo subjects surrounding sexuality and gender expression, a non-traditional topic of discussion for athletes. In a 1996 interview with Oprah Winfrey, he fervently showed his support for the LGBTQ community and remained unfazed despite Winfrey inappropriately hounding him about his own sexuality. He brought a certain ambivalence to gender performance that was largely unaccepted and left everyone bewildered.

What especially strikes me about Rodman is that he not only expressed himself in ways that would be looked at weirdly even in progressive circles nowadays, but he did so as a 6’8” Black male athlete in the 1990s. More impressively, Rodman was fearless about it.

His courage earned him respect from mainstream viewers, media, and most importantly his own teammates. Yes, he was – and still is – constantly labeled a “freak” or “weirdest NBA player of all time,” but at the end of the day, Rodman is respected. It may be because he’s one of the greatest players the NBA has ever seen, and he was a crucial part of multiple championship teams.

Like most pioneers, Rodman has paved the way for later generations of athletes to confidently push the boundaries of gender norms. The NBA is now a fashion powerhouse, with players using every game as an opportunity to show off their style, and genderbent clothing is not uncommon. Los Angeles Lakers guard Russell Westbrook is a good example: he frequently wears traditionally feminine clothing and speaks about fashion’s importance on his life.

Fashion has historically been highly gendered, but athletes like Rodman made sporting events into a runway. Curating one’s clothing is not just a hobby for girls, but also for athletes who have global cultural influence. And whether modern day players acknowledge it or not, the NBA wouldn’t be as accepting as it is today without the foundation Rodman laid.

Admittedly, Rodman is far from perfect. His questionable connections with North Korea and tumultuous relationships with his family and women often come under scrutiny, and for good reason. At the same time, his contributions can’t be ignored. He is a complex character whose impact extends beyond the funny hair and crazy outfits. He subverted masculinity in his own way when so few others would, actions which brought meaning to people worldwide.

With all of this in mind, we can’t forget: boy, the man could rebound.

Back to School With the Nosebleeds 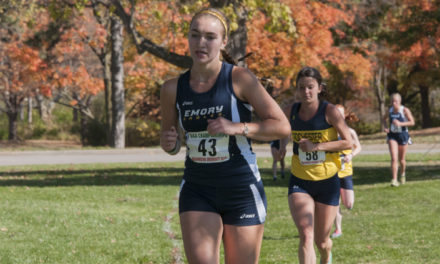 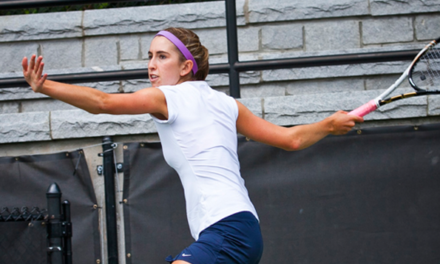