Gloves off with Gabriella: Sports are stupid 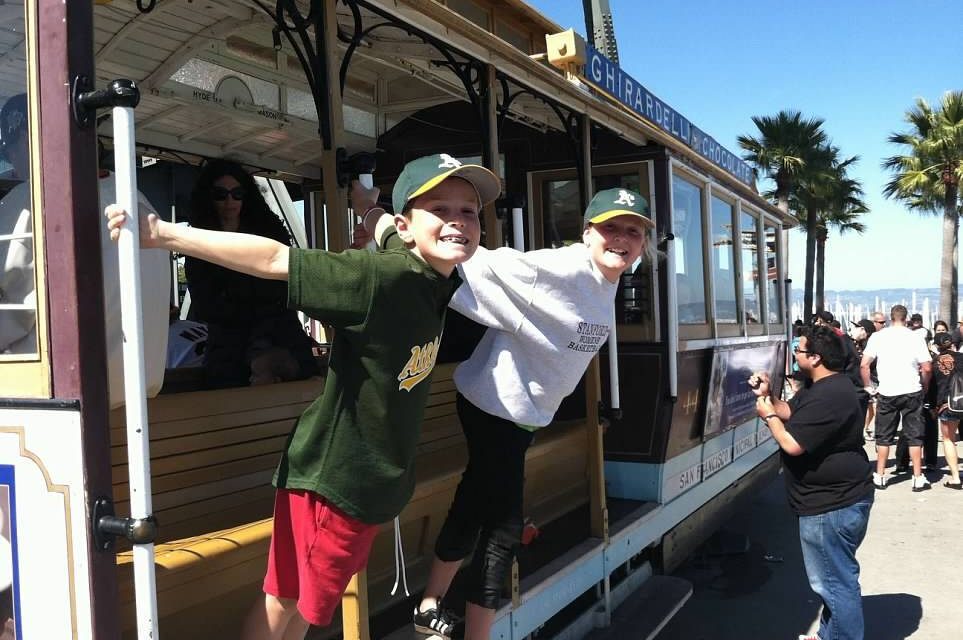 As inflammatory of an opening line for the inaugural piece of my column as that is, there’s truth in it. Sports make us yell, they make us laugh and, most embarrassingly, they make us cry. Sports elicit emotions.

I cried when the general manager of my favorite baseball team traded my favorite player at 10 years old. When I was 13, I cried tears of inspirational joy watching the U.S. Women’s National Team win a World Cup. At 19, I cried in Mercedes Benz Stadium immediately after getting vaccinated as I looked out at the manicured field. And when I was 20, I cried during the final seconds of the WNBA Finals. 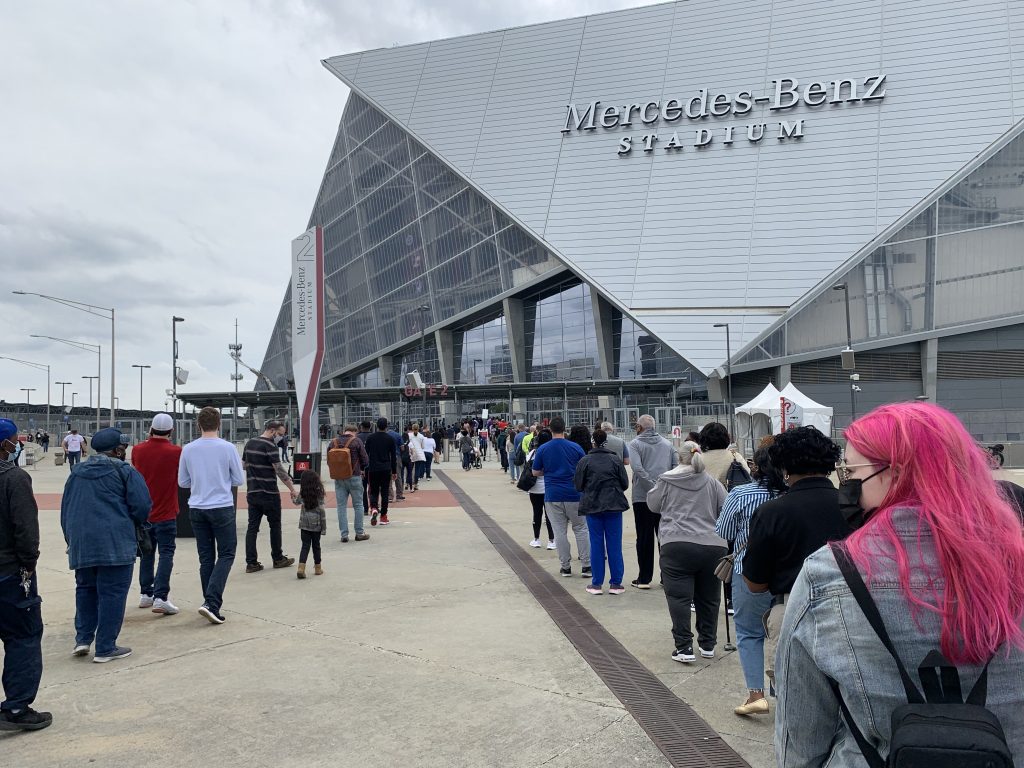 The line to get vaccinated at Mercedes-Benz Stadium. (Gabriella Lewis/Managing Editor of Digital Operations)

When I watch sports, even as an objective journalist, I’m incapable of detachment. I become so invested that I find myself gasping, jumping up and down and feeling real anxiety watching a game; it doesn’t matter whether it’s my high school’s junior varsity volleyball match or the Super Bowl. A hard loss will ruin my day, and a big win will make my week.

In an effort to feel less crazy about my undying love for and fascination with sports, I asked sports fans in my life to describe their most emotional sports moments. Unsurprisingly, their testimonies comforted me.

“There I was in the stands: I’d left my newborn daughter [me] at home, and the Oakland A’s were on the verge of clinching,” my father said, setting the scene of the 2001 American League MLB Division Series. “They were on the verge of winning and just all of a sudden, total dejection. I felt such sadness when they went on to lose the next two games [and] to lose the whole series. … It’s just seared into your brain.”

Sports editor Claire Fenton (24C) described her connection to the 2017 Pittsburgh Penguins squad and the moment they won the Stanley Cup.

“It just struck me how fleeting yet euphoric those moments are, and how truly it is something to savor, being on top of the world like that. I remember… tearing up a bit as I watched everyone celebrate together. It made me hope that someday I have a moment in my life with a group of people that mean as much to me as it did for those players.”

“I just couldn’t do anything but stare at the screen. I just watched it happen for five minutes. After that, I slowly closed my laptop, climbed into bed, ate a full Domino’s pizza and didn’t wake up until the next day. … It’s just so heartbreaking.”

I’ve thought a lot about why sports make us feel, because these extreme emotions seem foolish. First, we don’t personally know the people on the pitch or rink or field or court. Second, sports are games made up of arbitrary rules, and some folks were born with an athletic talent that makes them semi-heroes. And lastly, we have no control. Aside from being a millionaire owner, there’s nothing ordinary sports fans can do other than cheer for their desired outcome.

And so after reading my clickbaity statements, you may be thinking that I ‘don’t get it’ or ‘must hate sports;’ but it’s actually quite the opposite.

The beauty of sports lies in its fakeness.

Although we have no control and the games are for show, the impact of sports is far from make-believe; families are born and bred to breathe rivalries, worship home-town teams and play the games they love. And this incredibly real passion we have for elaborate scenarios is stupid, but that’s why it’s beautiful. 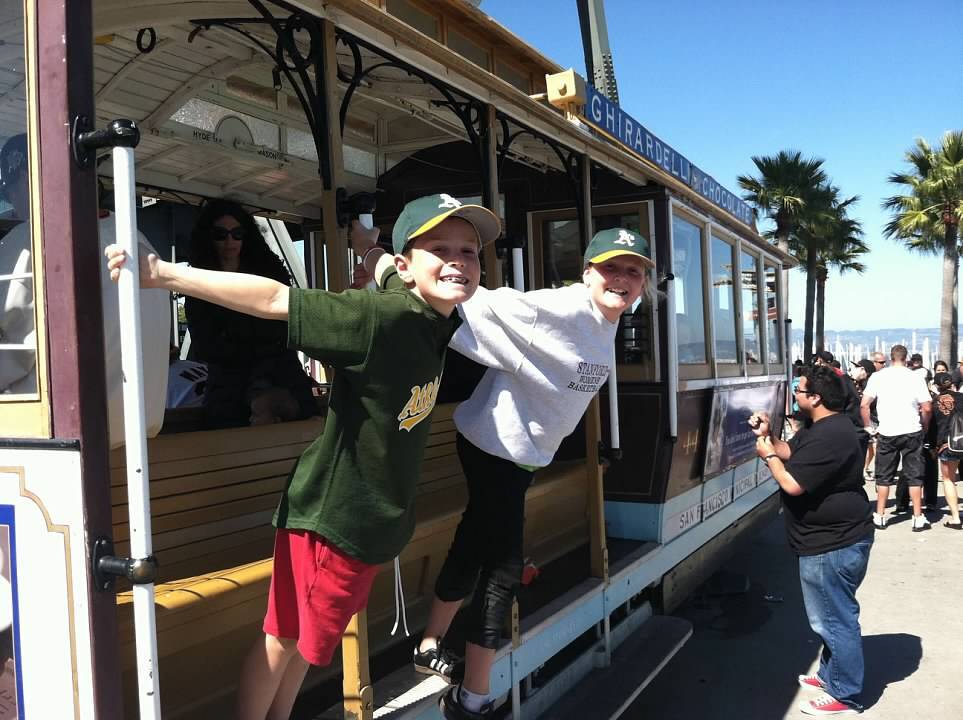 Lewis and her brother posing in their Oakland Athletics gear. (Gabriella Lewis/Managing Editor of Digital Operations)

When I think about baseball, a sport I find painstakingly boring, I remember the hundreds of hours I have spent at baseball games next to people I love. When new acquaintances mention the cities they’re from, we find immediate moments of camaraderie about their sports teams. And when I hear any sports radio broadcast, I am immediately transported to the backseat of my dad’s car, listening to the play-by-plays of Oakland A’s games.

Aside from personal anecdotes, sociological research provides a concrete reason for why getting emotionally wrapped up in sports is a global phenomenon: sports are tribalism. They make us feel part of a larger group through the rivalries they produce. A Brazilian study with soccer fans indicates that affinity for a team is constituted as “non-romantic love” so intense that it “reflects a specific arousal and motivational state.”

At the end of the day, sports make us feel less alone. They foster community, whether it be with fellow fans turned friends, commenters on online forums dedicated to debating the greatest players of all time, or the inevitable yet fictitious relationships with our favorite pros.

So, I urge you, the next time you cry or laugh or feel any spark of emotion when you witness a sports moment, whether or not you’re a hardcore sports fan, recognize that it’s a beautiful thing. 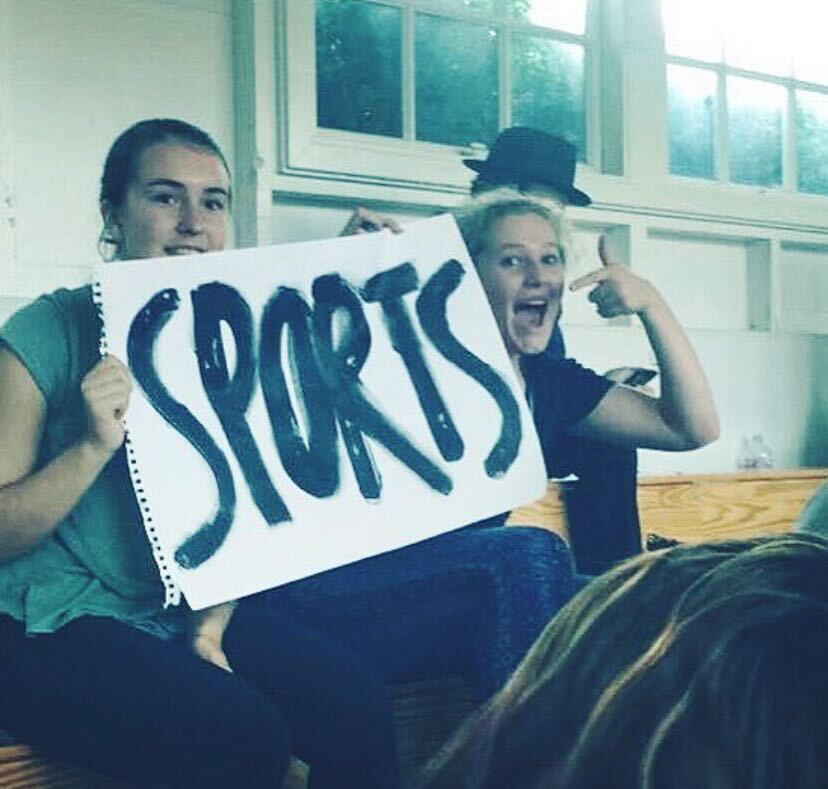 Lewis and a friend celebrate the absurdity of sports. (Gabriella Lewis/Managing Editor of Digital Operations) 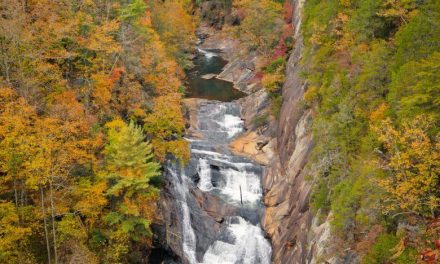