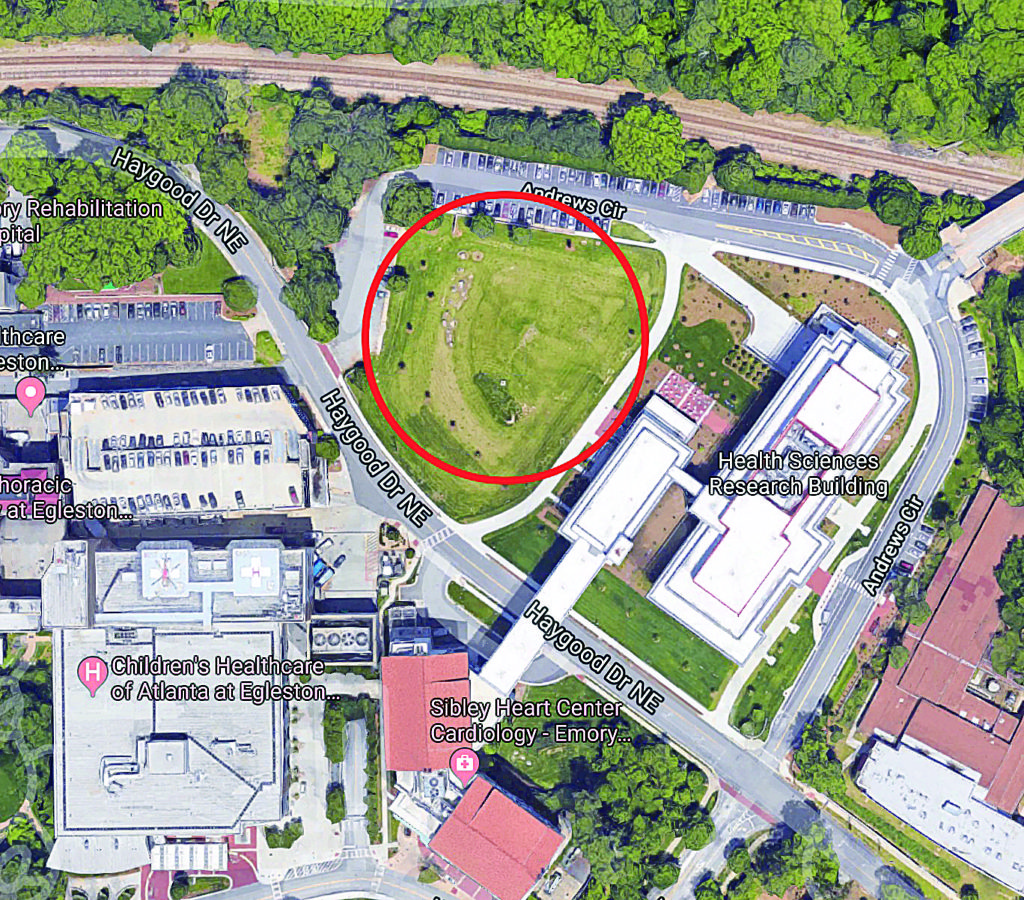 Emory is planning to construct a new biomedical research facility on a vacant lot on Haygood Drive./Courtesy of Google

Emory is planning to construct a $260 million biomedical research facility on a vacant lot on Haygood Drive, adjacent to the Health Sciences Research Building, according to Vice President for Campus Services Matthew Early.

The building, expected to open in December 2021, will house 300,000 square feet of office and lab space for researchers studying “five emerging priorities in 21st century medicine,” including brain health, cancer, heart disease, immunology and biomedical imaging, according to a Jan. 8 University press release. Construction is set to begin in Fall 2019, Early said.

Some employees who currently work in the Woodruff Memorial Research Building (WMRB) will relocate to the new building, according to Early.

“It’s really an update and expansion of our research facilities on campus and [will] provide the latest in research technology and research space,” Early said.

The project is in the “schematic design” phase, during which architects identify achievable goals for the building and establish a general blueprint for the project.

Campus Services hired the architectural firm HOK to design the facility, according to a September 2018 capital projects update report. HOK previously designed Atlanta’s Mercedes-Benz Stadium and portions of Hartsfield-Jackson Atlanta International Airport, according to its website. Campus Services has not yet decided on a contractor to begin construction, according to the report.

Barbara Walsh, director of special projects in the Office of the Vice President for Research in the Woodruff Health Sciences Center (WHSC), told the Wheel that the building is in the elementary stages of planning.

“We have just begun the schematic design phase and have not yet finalized the building occupants or design,” Walsh wrote in an Oct. 2 email to the Wheel sent via Director of Emory Healthcare Media Relations Janet Christenbury.

Some building features indicate that the new building will include animal research facilities. Early said the plans call for a vivarium, which is used to house live animals, and the capital projects update report states that a “cage wash feasibility study is ongoing and may become a future separate capital project if we move forward.” Cage wash setups are used to automate animal enclosure cleaning.

“There may be animal research in the building, however, this will depend on the research spaces assigned,” Walsh wrote.

The current Health Sciences Research Building houses a primate MRI scanner and a below-grade vivarium for researching rodents, according to a June 2013 Emory press release and the Coulter biomedical engineering department, which uses space in the current building.

The new building was funded through a $400 million donation from the Robert W. Woodruff Foundation in January 2018, the Wheel previously reported. The donation also funded a new Winship Cancer Institute in Midtown.