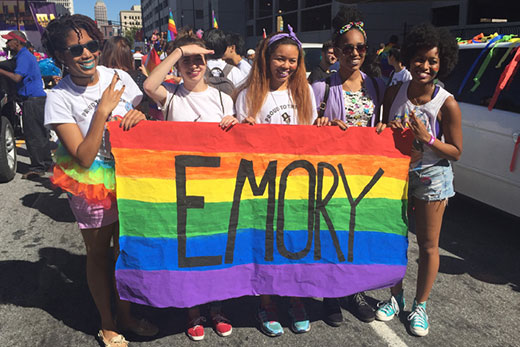 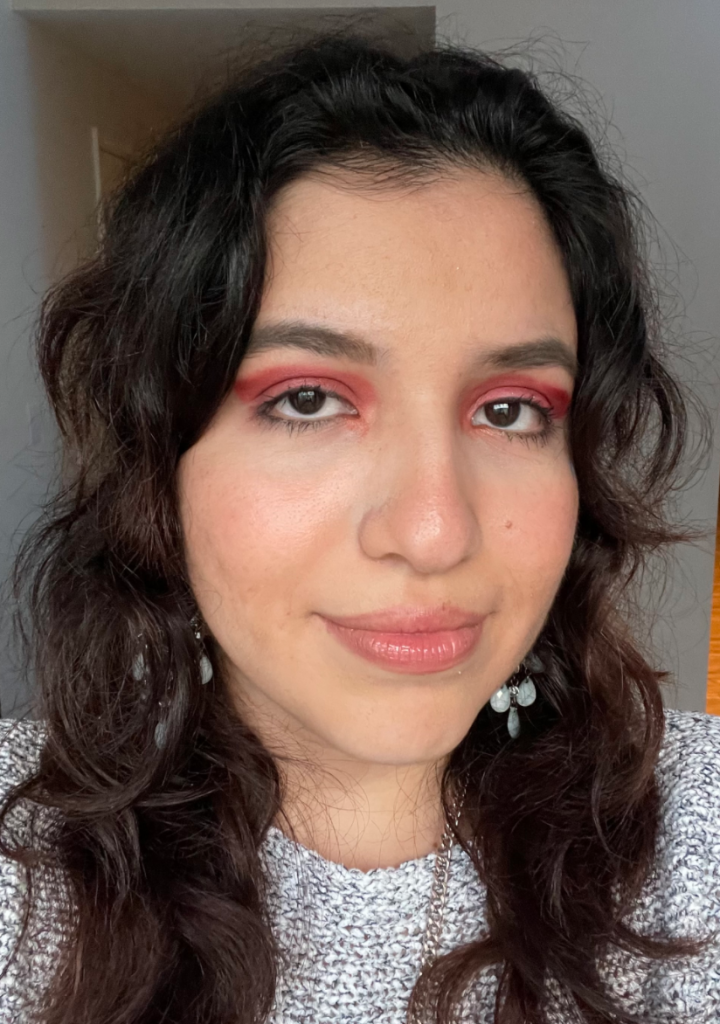 When Montealegre sat down in the Emory Student Center Kaldi’s before spring break, they were wearing a mushroom t-shirt and mint green Crocs. They accessorized with earrings and their nails were painted white.

But that was only one day. Next, they might be more masculine. Montealegre said they are comfortable not fitting in one box, but it took years to achieve it.

“I think that’s kind of what nonbinary is about, to be honest,” Montealegre said. “Just having the option to present however, and to have your existence validated by others and hopefully by institutions as well.”

When they were 14, they began to feel like they were genderqueer and dressed masculine. They tried embracing their femininity later, but Montealegre said it felt like they were doing it to please others.

“My parents were worried about me because I was changing my whole wardrobe,” Montealegre said. “They thought I was having a personality crisis.”

However, Montealegre said their family was supportive once they came out as bisexual, and then as a lesbian.

“I’m lucky enough to have a mother who is really open minded and that encouraged me to live my truth, even if it’s like not getting married, not having kids, just doing what I want,” Montealegre said.

During fall 2021, Montealegre worked as an undergraduate office assistant for the Office of LGBT Life, where they ran monthly QTBIPOC events and hosted a clothing drive for genderqueer people.

“Everyone bringing clothes and helping each other out to feel better about themselves, it was really cool, because a lot of people did pick stuff out,” Montealegre said.

Still, they have also had negative experiences while at Emory, especially as a queer person of color. They were a member of a large LGBTQ+ GroupMe for students, where they sent messages saying they disagreed with Emory Pride’s decision to host the annual drag show at the Glenn Memorial Church, which they said does not allow gay marriage.

Montealegre received backlash for their messages along with the other students who were upset with the decision, who they said were mostly people of color. They added that the group broke out into several arguments, forcing many members to leave the chat. It was eventually shut down, according to Montealegre.

“There was a very condescending nature to how they were speaking to POC folks and myself,” Montealegre said. “There was someone who straight up said, ‘If you don’t like this event, then just don’t go,’ which excludes a lot of POC folks.”

Montealegre said seeing racism at Emory was painful, especially because Atlanta has a large queer POC population. They decided to work with their friends to make a groupchat for queer students of color, which now has about 140 members.

“We built our own community out of it,” Montealegre said. 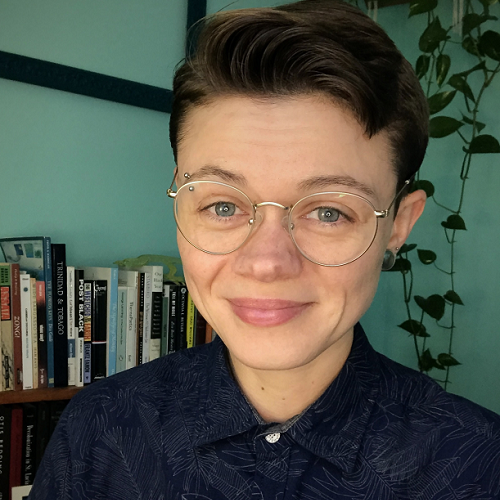 Rejection became a constant during Currents’ year-long Masters in Philosophy program in Dublin, Ireland. They wrote their master’s thesis about three books focusing on Dublin-based lesbians in the 90’s, and the only person Currents could find who would advise their project was Brian Cliff (01G).

“The department head at the time literally told me, word for word, ‘You should do a more traditional project. You’re bound to get a better grade,’” Currents said.

Currents’ troubles were not isolated to the classroom. There were only two gay bars in Dublin at the time, both of which served communities of mainly white gay men, and one closed down while Currents was living there. A few times, the prejudice became physical.

“I definitely got assaulted on the street by young Dublin teens who grabbed me and my girlfriend at one point,” Currents said. “We’ve been yelled at.”

However, this was not new for Currents.

Growing up in Key West, Florida — which they described as a conservative majority-white town — Currents did not realize they were queer until they moved 1500 miles away to attend Ithaca College (NY) in 2007. They were in an “unhealthy” relationship with a high school boyfriend at the time.

Although they could not find the words to explain the situation for a while, Currents eventually came out as bisexual on Facebook.

“It’s never like a neat, easy day when you wake up and you’re like, ‘Hmm, I’m gay,’” Currents said, laughing. “It’s a series of horrifying realizations over and over again.”

For the next few years, Currents cycled through different labels — bisexual, lesbian, queer. However, nothing seemed to explain the disconnection they felt from their assigned gender. Currents said they knew of a lot of transgender people, but it was a binary label at the time, as they all identified as men or women. They did not know of anybody else who felt like they were neither.

“As far as I could imagine, I was like, ‘Oh, well, I’m not a man, I must just be an uncomfortable woman,’” Currents said. “So I just sort of put a pin in that and just ignored it for a very long time.”

It was not until about four years ago that they decided to figure out their gender identity and came out as nonbinary, Currents said. They were already a part of the Ph.D. program at Emory at the time. When they changed their name last year, Currents said it took them about six months to change their Emory accounts to not include their dead name.

“They gave me a secondary email address, but all my primary email contact is still my dead name,” Currents said. “They cannot change that or they will not change that.”

However, Currents said they have never had an issue with their students.

“I’ve even had students take classes of mine one semester and work with me knowing me under my dead name, and then the following semester, they got introduced to me with a new name,” Currents said. “And without batting an eyelash, they moved forward like business as usual.” 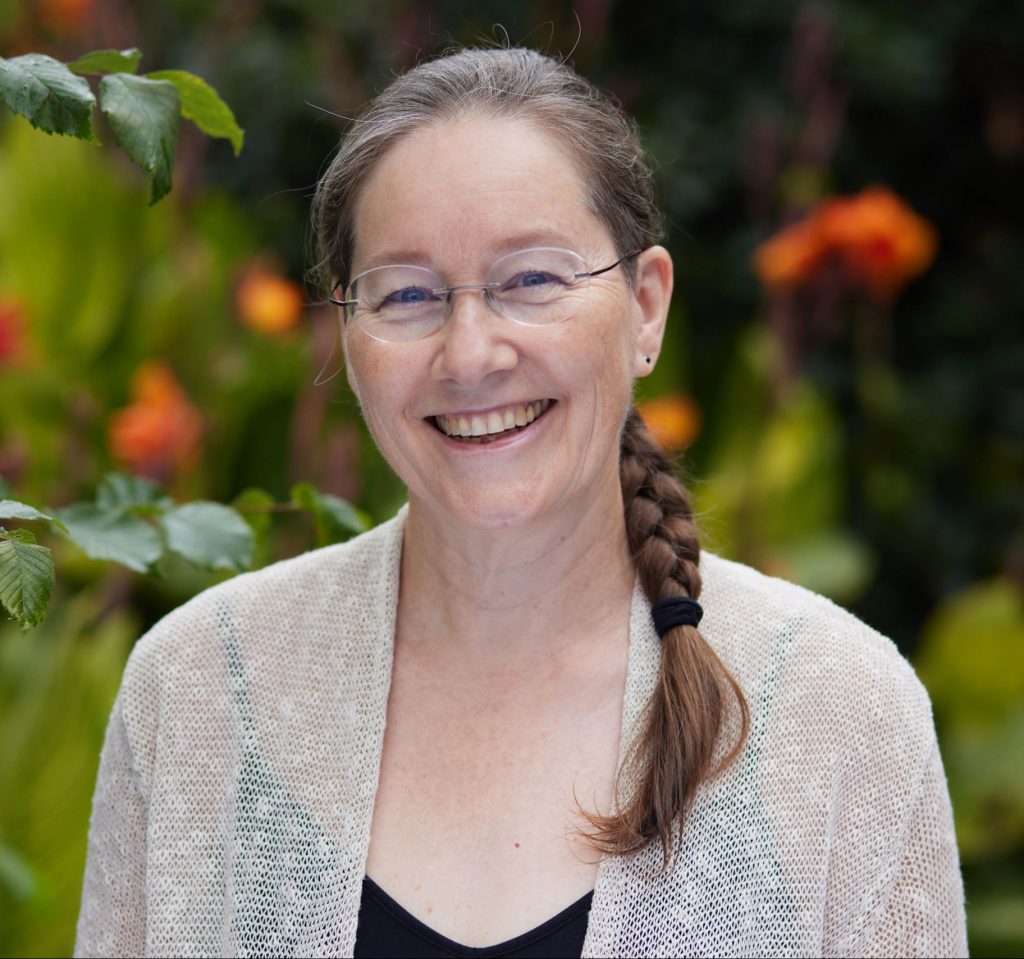 McClintock said the only time they were exposed to something that could explain their gender identity as a kid was when they read a magazine article about a family who raised their child genderless, giving them a gender neutral name and clothing.

“I was fascinated by that as a young kid,” McClintock said. “I kind of wished that my parents would have done that with me, but I grew and I went along, and I continued to be gendered by people as female.”

However, this was not an option for McClintock. They remember going to Provincetown with their middle school friend as a teenager, where they watched local kids taunt a gay man. Homophobic slurs were tossed around their high school classrooms, and there were not a lot of openly gay kids.

Even though they did not identify as a woman, McClintock said they faced misogyny and saw the struggles women face. As they were perceived as a woman, they also experienced gendered violence when they were raped at 18. There was a trial, and the rapist was acquitted.

“I recently found some poetry that I wrote from my college years,” McClintock said. “One line in this one poem said something like, ‘I never felt I was a woman until I was raped.’”

McClintock later attended Harvard for graduate school and their Ph.D., where they came out as bisexual. They studied Asian and Indian religions, where they fell in love with the teachings of Buddhism.

“One of the key teachings within the Buddhist tradition that really captured my imagination, is the notion of no self or emptiness, the idea that things don’t have an intrinsic identity, or can’t be sort of pinned down by fixed absolute identities,” McClintock said. “Even though at that time I wasn’t identifying as nonbinary directly, internally, I certainly felt that way.”

McClintock has been working at Emory since 2005. However, when they first started, they still did not have a word to describe how they felt about their gender. Not many people identified as nonbinary, and it was uncommon to include pronouns in email signatures.

After being perceived as a woman their whole life, McClintock said they ultimately accepted the discomfort.

“I was interested in feminism and I was very much in favor of women’s rights, so I kind of just allowed that to be,” McClintock said. ”I accepted being gendered as female.”

However, when someone close to McClintock came out to them as transgender about five years ago, it pushed them to finally look at their own feelings surrounding gender, even if they had ignored it for over 50 years.

“I just realized that it wasn’t really any kind of a question for me,” McClintock said. “I identify as nonbinary, and I really always have, I just really haven’t had words for it.”

McClintock came out to close friends and family, whom they said were supportive. They have also found acceptance among students and faculty, and said they “love” watching queer students express themselves in ways that were not available decades ago.

“I had a student who was actually in the process of coming out as trans, and in our class, they were asking us to use a new name and new pronouns and things like that,”  McClintock said. “What was great was to see that the other students were very supportive.”