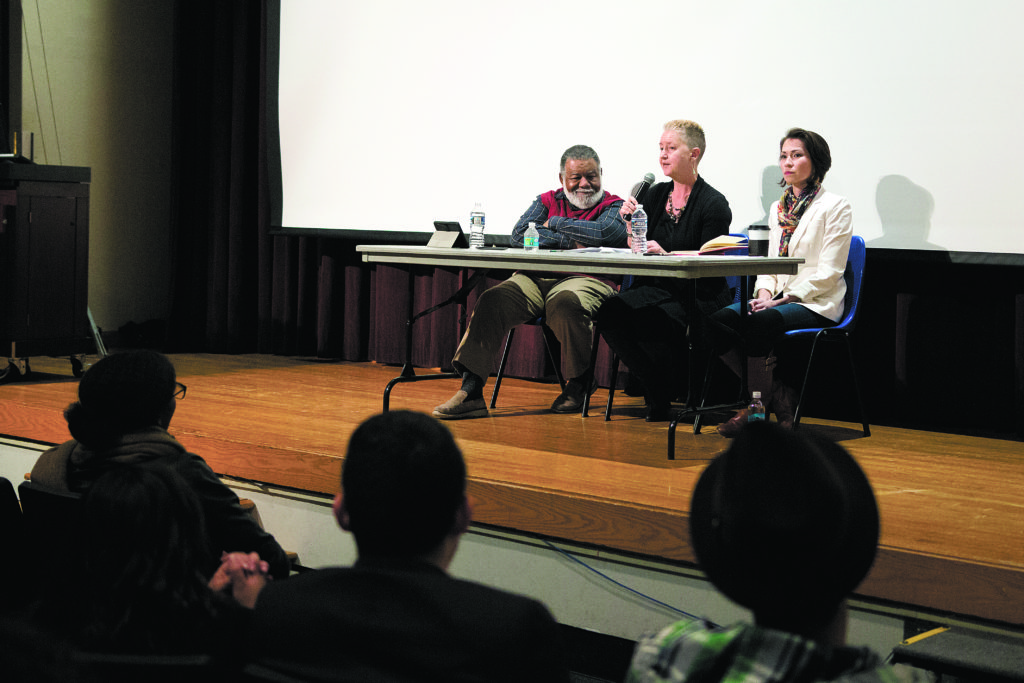 The executive director of Freedom University Georgia, an organization that advocates for and provides free college-level education and resources for undocumented students in Georgia, criticized Emory’s decision to not designate itself as a “sanctuary campus” as “a public relations strategy” in a panel discussing civil and human rights Thursday night.

Soltis disagreed with Sterk’s decision, arguing that a “sanctuary campus” designation would be a concrete measure in protecting undocumented students.

“A sanctuary campus is more than a symbolic gesture: it protects real human beings from unjust treatment,” Soltis said.

According to Soltis, Emory Sanctuary Coalition — a group of students, faculty and alumni — will hold a walkout in the Quadrangle during Sterk’s Feb. 8 presidential inauguration at 10 a.m. to urge Emory to designate itself a “sanctuary campus.” The Coalition asked Jan. 18 that Sterk sign its letter demanding University policy changes to support undocumented students by her presidential inauguration.

Even if Sterk signs the letter by then, the Coalition will still host the walkout as a “celebration” of the potential policy changes and the undocumented students at Emory, Soltis said.

Soltis said she hopes that Freedom U, which supports the Emory Sanctuary Coalition’s efforts to increase Emory’s support for its undocumented students according to a Jan. 19 Facebook post, will once again impact Emory.

Huffer, who helped create a Feb. 1 faculty petition calling for Emory to adopt the sanctuary campus designation, urged white activists to listen to people of color.

“As white people, we have a certain kind of racial privilege that puts us in a position of not listening, so I think that it’s especially important for white people to listen,” Huffer said.

During the panel, Black, who was chairman of the Atlanta Student Movement between 1961 and 1962, encouraged the audience to unite against modern-day segregation.

“I wanted to come so I could understand the nuances and intricacies of civil disobedience and peaceful protest so that I could participate appropriately as both an ally and a stakeholder within protest movements,” Tenuta said.

He noted that it was a “fantastic panel” and praised the panelists’ experience in and knowledge about past and present activism.