Why does the Georgia Board of Regents support banning undocumented and DACA students from public universities? Students, faculty and community members across the country have been asking this same question for nearly a decade. In October 2010, the Georgia Board of Regents (BOR), a governor-appointed body which oversees the state’s public universities, passed Policies 4.1.6 and 4.3.4. The policies banned undocumented students from the state’s five highest-ranked public schools and denied them in-state tuition, respectively.

As of 2017, DACA recipients paid $72 million in state and local taxes, and as of 2018,  undocumented immigrants contributed approximately $352 million.

The 4.1.6 admissions ban now applies to three institutions: the Georgia Institute of Technology, the University of Georgia and Georgia College. Together, 4.1.6 and 4.3.4 reinstate the systemic pressures that already make it difficult for undocumented people to become educated members of society. Organizations such as Freedom University have fought to overturn these policies and ensure equal access to education in the state.

But where is Emory in this fight?

As a private university, Emory is not subject to BOR policies. In 2015, under pressure from the Freedom at Emory Initiative, Emory announced that it would accept DACA students. And, in 2017, after the Emory Sanctuary Coalition pressed the administration, the University expanded this policy to all undocumented applicants.

But these steps are not enough. U.S. President Donald J. Trump’s administration has terminated the DACA program, a decision now pending in the Supreme Court and threatening undocumented students’ safety across the nation. Still, Emory refuses to fully support these students by officially declaring itself a “sanctuary campus.” That is to say Emory does not promise to use all available legal options to prevent overreach by police and Immigration and Customs Enforcement, such as requiring a judicial warrant for any law enforcement official to search for undocumented students on University property.

On some level, this refusal stems from fear.

Freedom University and the Emory Sanctuary Coalition were successful in rallying the community to lobby for Emory’s current policies. So, in 2017, the Georgia General Assembly gave a warning; it introduced the “Anti-Sanctuary Campus Bill,” HB 37, promising to deny state funding and state-administered federal funding to any private university that adopted a “sanctuary policy.”

At this moment, Emory could have stayed resolute and used its institutional power to oppose this bill in state courts. But, before HB 37 had even passed, newly elected Emory President Claire E. Sterk stated that the University would not declare sanctuary status, claiming that, “Declaring ourselves a sanctuary campus not only lacks substantive meaning for policy and practice, but also sends a message that is interpreted inconsistently across the country.” She admitted that the possible suspension of funding had also affected her decision to rebuff sanctuary status. Two days after the university made this statement, Donald J. Trump (who ran with a promise to repeal DACA) was inaugurated President of the United States.

One hundred years before HB 37, a similar 1917 Georgia statute threatened to rescind tax-exempt status from any university that admitted both black and white students. In 1962, in the middle of the civil rights movement, Emory decided to battle this statute in Georgia’s Supreme Court and secure its integration a year later.

Now, Emory has the opportunity to fight discrimination when it is not covenient and fulfill its promise to “promot[e] an open and genuinely diverse environment.” Currently, the University pays lobbyists to defend its interests at the Georgia legislature. Why, then, can’t they defend the interests of undocumented Emory students?

Some like Sterk have argued, that “sanctuary” is just a word, “inconsistent” in its interpretation and less important than Emory’s more “substantive” commitments to undocumented students. Some undocumented students in the past even expressed their concerns about a santuary label, hinting that it might make the University a target. Still, the question is whether possibly becoming a target is worth it if Emory can also use all the legal tools available to protect its undocumented students, whether it is worth it if Emory can also stand with the various other private colleges across the nation that have declared themselves sanctuaries.

Just last year, Emory signed an amicus curiae brief with 18 other universities in support of DACA. This was a positive statement meant to draw attention to the University. Yet, it is still not the statement that will do the most to support undocumented students here in Georgia.

The passing of HB 37 proves that “sanctuary” is more than just a word; it is a powerful, concrete commitment to legal non-cooperation with immigration authorities. If Emory opposes this bill and declares itself a sanctuary, it will show its willingness to fight for a safe, diverse learning environment. It will become an example to other Georgia universities and demonstrate its resistance to oppressive state and federal policies. 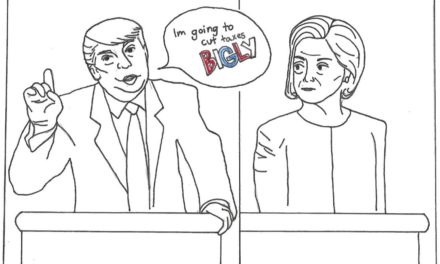 The First Debate Was a Stress Test and Trump Failed

In Old Theology Building, Save Space for Students 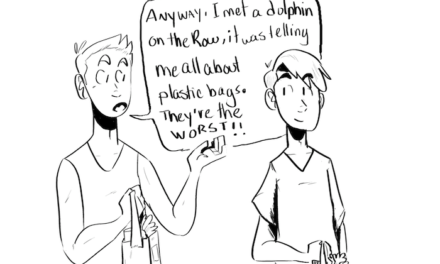