Letter to the Editor: Emory Faculty Speak Out in Support of Freedom at Emory Initiative 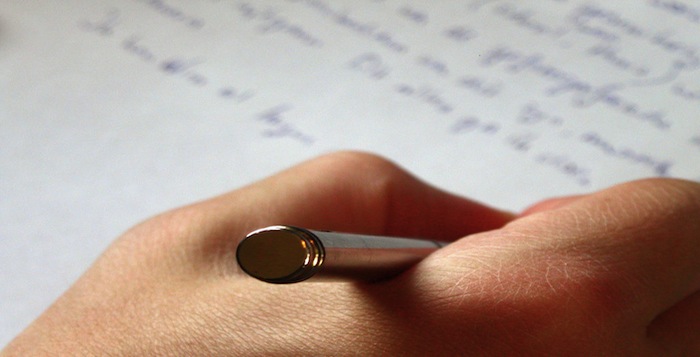 As Emory faculty, we express our strong support of the student-led Freedom at Emory initiative to make the university more accessible to undocumented youth who face enormous barriers to higher education because of immigration and educational policies. Emory students are heeding the call of the University’s 2014 commencement speaker, U.S. Congressman John Lewis, to “get in the way,” to create a more just world where no one is left out or behind.

We are proud that Emory students are speaking up for the 1.4 million college-age undocumented youth who live, attend school and work in our nation. Many of these young people have spent most of their childhoods in the U.S.

They share the aspirations of their U.S.- born peers, but their social mobility is severely restricted after high school because they face significant legal and financial barriers to higher education.

Undocumented students are not eligible for federal financial aid, and in many states, they are ineligible for in-state tuition rates, even if they meet residency requirements. Undocumented students in Georgia face a particularly hostile environment. They are not only denied access to in-state tuition rates, but with the passage of Georgia Board of Regents Policy 4.1.6 in 2010, they are banned outright from even applying to the top five public universities in the state.

We are concerned about providing educational opportunities for this segment of our nation’s youth who have the potential to make valuable contributions to our society and the nation’s economy. As a private university, Emory is not bound by the discriminatory policies of the Georgia Board of Regents and therefore has the opportunity to take leadership in promoting more equitable access to higher education. However, Emory’s current admissions and financial aid policies severely limit undocumented students’ chances for enrollment. Like most private institutions, Emory classifies undocumented students as “international students,” which essentially disqualifies them from receiving financial aid or scholarships.

By placing them in the international applicant pool, Emory fails to acknowledge these students’ unique situation in the U.S. and their identity as Americans. Moreover, this policy places an unfair economic burden on students who grew up in the U.S., effectively denying them equal access to Emory. As concerned faculty, we’ve had discussions with administrators in the Office of Admissions on several occasions since January 2013 to make the case for a more equitable policy. Unfortunately, no changes have been implemented, which suggests that the initiative will have to come from a higher level of the Emory administration.

As a result of these policies, Emory is losing the opportunity to enroll academically qualified and outstanding students like Keish Kim and Jessica Gutierrez. Both of these young women were residents of Georgia and were accepted to Emory based on their academic merit, but they were unable to enroll because of the prohibitive tuition costs that accompanied their undocumented status. Keish is now enrolled at Syracuse University, which awarded her a full, merit-based academic scholarship.

We join the students of the Freedom at Emory initiative in urging the administration to make the following changes by fall 2015 to promote educational equality for undocumented students: (1) include documentation status as one of the categories in the Equal Opportunities and Non-Discrimination Policy and (2) given the enormous financial barrier created by undocumented students’ ineligibility for federal and state financial aid, provide sufficient aid and scholarship funding to enable them to attend Emory.

Taking these steps would offer students who are disadvantaged by immigration policy a fair chance to attend college and bring Emory’s admissions practices in line with its stated commitment to equity and access. Emory would join a number of other peer institutions – Amherst College, Harvard University, Syracuse University, Hampshire College, Berea College and Tougaloo College, among others – that have opened their doors to undocumented students by practicing needblind admissions or providing full scholarships to undocumented students.

Finally, we are convinced that having undocumented students in our classrooms and on our campus will enhance Emory’s intellectual life and its vitality as a community. Removing the obstacles to the admission of undocumented students will make an important statement about Emory’s ethical engagement with one of the most pressing civil rights issues of our time.

Emory has an opportunity to be a leader for positive change, not only in Georgia, but nation-wide.

We applaud the efforts of Freedom at Emory, and hope that Emory’s administration will heeds the students’ call to move the university toward a more equitable admissions policy for undocumented applicants.