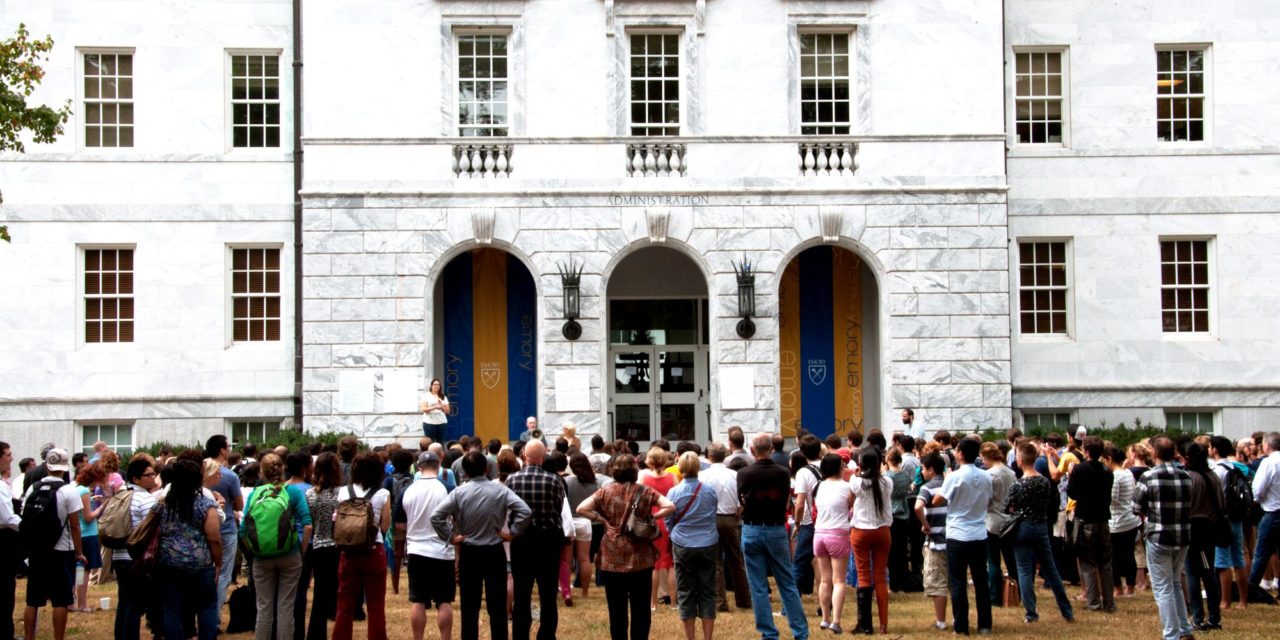 Emory College has announced plans to shut down or suspend various academic departments and programs.

In a letter sent to all College students Friday afternoon, College Dean Robin Forman announced plans to “phase out” certain academic departments and re-allocate resources within the College.

The University will close the Division of Educational Studies and the Department of Visual Arts, in addition to Emory’s journalism program, Forman wrote in another letter available on the Emory website. The Institute of Liberal Arts (ILA) will no longer house full-time faculty, and the economics and Spanish graduate programs will be suspended, according to a Sept. 14 University statement. The Emory Wheel has also confirmed that the Russian language program will be eliminated, a change not noted in Forman’s letter to students nor reported by the University.

As a result of the changes, an estimated 18 tenured faculty will be offered “comparable positions in other academic departments,” according to the University statement. Three nontenured assistant professors and 19 lecture-track faculty will be forced to find jobs elsewhere, as the College will not be renewing their contracts when they expire.

According to the University, approximately 20 staff positions will be eliminated in the next five years. Forman said in an interview with the Wheel that he is confident the University will find new roles internally for those whose positions are being eliminated.

In the case of students currently pursuing majors in departments or programs that the University is eliminating, they will be able to complete their majors and graduate on time, according to the statement.

In the letter sent to students Friday, Forman wrote that while the University is facing “limitless opportunities,” resources are stretched and steps must be taken to ensure that said resources are being allocated “in the most effective manner to further our academic mission.” Forman said the plan is an effort to create “intriguing opportunities by renewing Emory’s commitment to academic eminence.”

“Academic eminence means being leaders in all aspects of our academic mission,” Forman said. “The academic mission includes the educational mission … and it also means creating communities in which our faculty are leading conversations on issues of significance and relevance both nationally and internationally.”

Re-allocated resources, Forman wrote, would go towards “core disciplines of distinction” and new areas of study such as contemporary China, the role of digital and new media and neuroscience as it relates to brain and behavior.

While others might disagree, Forman is quick to note that the plan is not solely about departments.

“Everyone is being affected. We’re a big college,” he said. “There are some departments that are being phased out, but the hope is to generate funds to grow other departments. This is about making the College better. It’s not a department-by-department decision.”

The Process, Timing and Budget

Forman explained that the plan is the result of 4.5 years of research that began before he became dean of the College in 2010. Forman’s predecessor, Bobby Paul, first created the Faculty Financial Advisory Committee, which was charged with advising the dean on how to best allocate College resources. The committee includes leaders across the arts and sciences who study enrollment numbers and internal and external assessments of departments before making recommendations, Forman said.

Forman said that the Finance Committee and the Academic Affairs Committee, two subcommittees of the Board of Trustees, as well as University President James W. Wagner were informed during the entire process, one that began about two years ago. The Board unanimously approved the plan in June, according to Forman.

Although the committee has been making recommendations for some time, Forman says the timing was his choosing.

In the presentation Forman gave to faculty last Wednesday, he showed that the College had operated on a $8.5 million budget deficit for the 2011 fiscal year (FY), the period between Aug. 31 and Sep. 1. That deficit increased to $9 million for FY 2012. But this year, Forman said, the College is not projecting a deficit and anticipates a small surplus.

How the College budget jumped from a multi-million dollar deficit to a small surplus is multi-faceted. Forman pointed to greater revenue from increased enrollment, better efficiency in how financial aid is handled and pressure from the central administration to keep down costs in certain divisions.

“Why now is because we can do it now. It’s not about addressing the financial challenges we’ve faced,” he said. “Rather we feel like we’ve emerged from under the yoke of those financial pressures and can begin to think again what are we trying to accomplish here.”

At the time of the faculty meeting last Wednesday, Forman did not specify which departments and programs were being affected. Once departments were notified of the changes, many were blindsided by the decision, which was effective immediately.

“I am just completely appalled at any lack of due process here,” said Shomu Banerjee, a senior lecturer in the economics department. “And to me at this point, when I know that he claims ‘extensive consultations’ – we don’t know with whom, certainly not with a majority of the economics faculty and certainly not the department chair – that takes away any legitimacy in my mind that he has as an administrator because we need transparency. We need accountability. We’re willing to take things so long as the process is fair.”

Forman said he conducted these “extensive consultations” under the promise of confidentiality and, in the case of the economics department, was “in very close consultation with the dean of the graduate school [Lisa Tedesco].”

“As recently as mid-August, discussions in the dean’s office about journalism were focused on which department might house the Journalism Program; there was no discussion about closing the program,” he wrote.

Julia Kjelgaard, the department chair for visual arts, was also not aware of ongoing discussions.

“I was shocked and surprised to hear the news from the dean last Thursday that the department would be closed,” she wrote in a statement to the Wheel. “We had no chance to speak up for ourselves, or even be in on the conversation.”

Aiden Downey, the director of undergraduate studies in the Educational Studies Department, says he was also surprised by the decision and wished that the Emory community had been included in the discussions taking place “behind closed doors.”

Responding to criticisms about the lack of communication with departments, Forman replied, “It’s a matter of interpretation. Did we reach out to them and let them know that we had questions about how they were achieving their mission? Absolutely. That’s not to dispute the fact that they were surprised to learn that they were being phased out, although economics is a different situation. But they could not have been surprised that there were questions about how successful they were achieving the overall mission,” he said.

Several sources have also said Persian and Hindi programs have been eliminated. Persian Language Coordinator and lecturer Hossein Samei said in an interview with the Wheel that Dean Forman informed the department chair that “Persian and Hindi would be cut without any reservations” last Thursday. Samei went on to say that the decision might be suspended.

“Nothing is confirmed,” Forman said. “The others are conversations more than decisions. And have we asked about Persian and Hindi? Absolutely. The reason we’ve asked about them is because the enrollment is significantly lower [in those programs].”

Forman said that he is aware that this decision will have implications for the University’s image on campus and throughout the country, but sees this time as a chance for growth.

“It would be ridiculous to think there wouldn’t be disappointment about some of the steps taken,” Forman said at an SGA meeting. “Any change leads to some disappointment, but here’s the point: I believe we can acknowledge that disappointment and sense of loss, and still feel that this is the right thing for the College.”