Kappa Alpha Order (KA) fraternity  — and Greek life in general — is experiencing a national reckoning with their centuries-long history of racism. It’s about time. KA’s maintenance of Confederate General Robert E. Lee as their “spiritual founder,” in addition to their myriad problematic traditions and events, harms Black students on Emory’s campus and nationwide.

The University of Mississippi’s chapter, for example, had three members photograph themselves with guns next to a sign marking the place of Emmett Till’s 1955 murder. The plaque was riddled with bullet holes.

Southwestern University’s (Texas) KA chapter recently condemned KA’s racist history, as members and alumni alike called on the fraternity to disavow Lee and prioritize inclusion. Yet the national organization suspended them for speaking out against KA’s racist traditions. Nationwide, universities have been reluctant to hold Greek life organizations accountable for these vile displays of racism.

Emory Greek life is no stranger to controversy, especially KA, but the upheaval at Southwestern has illustrated the extent to which Emory’s KA chapter must change.

The racism in Emory Greek life runs deep: the portrait of Lee that, until 2020, adorned KA’s house, its discontinued tradition to hold an antebellum-themed ball for which people dressed up as Confederate soldiers and a Convivium party centered around celebrating Lee. KA’s blatant, institutionalized racism is deplorable and if the Emory chapter truly cared about inclusion, they would disavow Lee and investigate and punish prior racist behavior.

But racism in Emory Greek life extends far beyond the current KA controversy, and bleeds into all aspects of the system. As one Emory senior stated, “the history of Greek life was to keep students from integrating with one another. It was to prevent desegregation and to keep those racist and classist structures.” Systemic racism is prevalent in the recruitment process, traditions and toxic culture of Greek life, rendering it inhospitable and damaging to BIPOC students.

Microaggressions and exclusionary behaviors permeate Panhellenic Greek life, sororities included. Gamma Phi Beta member Kayla Salehian (23C) stated that during recruitment week, “most sororities have specific requirements on how members have to look throughout the week … there’s a lot of hair requirements such as straight hair [or] curly hair, which might not be super accessible to people of different hair types.”

Historically, Black women have faced discrimination on the basis of their natural hair and corresponding pressure to assimilate, and Greek organizations’ perpetuation thereof is racist. According to Salehian, many sororities also require “nude” shoes; typically light beige in color, their ubiquity ostracizes darker-skinned prospective and current members during formal recruitment and promotes colorism.

Classism is also extremely prevalent throughout Greek life due to high membership fees, which often precludes the ability to join Panhellenic Greek life at all. Before they’ve officially joined a Greek organization, members must pay a $75 fee to participate in formal recruitment. Semester fees can be around $600 to $1,000, even before additional indirect costs for apparel. As BIPOC individuals disproportionately experience financial need, Greek life’s exorbitant costs serve as another barrier for minorities who wish to join. Scholarships can mitigate these fees, but struggling students often find them ludicrously inadequate. One former member of Delta Phi Epsilon, Claire Pomykala (21C), only received a $50 scholarship after applying for aid, which did little to offset her chapter’s roughly $500 semester membership fee. By failing to accommodate members from across the socioeconomic spectrum, Greek life continues to cater to white, wealthy individuals and excludes everyone else.

Amid the summer resurgence of the Black Lives Matter movement, Instagram accounts like Abolish Greek Life at Emory exposed the racism in Emory Greek life. The account’s revelations were damning. They exposed members’ problematic comments, insensitive costumes and the glaringly racist events of numerous chapters. In the months since, many of Emory’s Greek organizations responded with promises to change themselves from the ground up. Yet months later, their promised institutional revolution has amounted to little more than performative words and unfulfilled commitments. 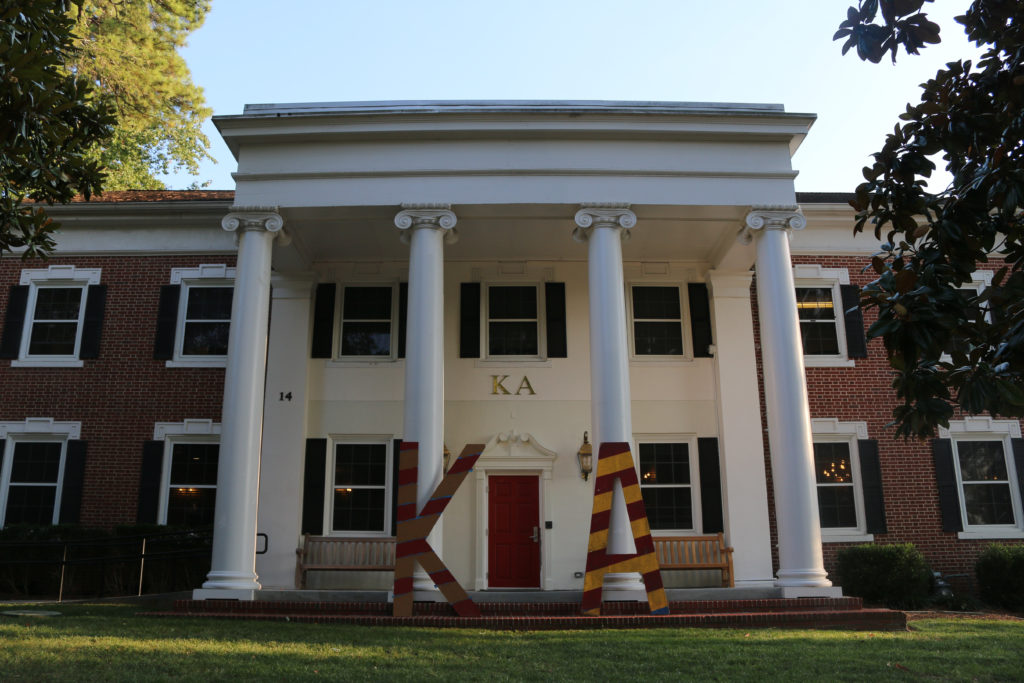 Legacy membership is a major issue within many Greek life organizations. A legacy recruit has a direct familial relationship to the organization and, thus, often has an advantage in recruitment. Ostensibly in the name of inclusion, Emory’s Kappa Alpha Theta (Theta) chapter recently discontinued the practice. The legacy preference system predominantly privileges those who have always been allowed to join Greek organizations — white people. It gives preferential treatment to potential new members of sororities whose mothers, grandmothers or other family members were a part of that chapter. All Greek organizations who employ the legacy system must end it. While this, for Theta, was a necessary first step, it’s hardly all they should be doing to tackle anti-racism. The organization has yet to publicly announce any other reforms since July 2020 and, like other Greek organizations on campus, they must go further in their commitment to anti-racism.

Sororities do not bear Greek life’s burden alone. Fraternities on campus have shown even less support for BIPOC individuals, often explicitly failing to address their members’ perpetuation of systemic racism. Many fraternities, including Emory’s Sigma Alpha Epsilon and Delta Tau Delta chapters, posted short messages supporting the Black Lives Matter movement, using empty phrases like “standing against racism” and pledging themselves to “improving the conditions of Black communities” without committing to substantial change within their organizations. Fraternities must go beyond such performative minimalism to eliminate the racism historically entrenched in Greek organizations.

For its part, Emory’s efforts to change Greek culture on campus have been minimal, largely due to a preoccupation with image. Administrators cut KA’s three-year suspension to just two years, despite the Interfraternity Council’s vote to uphold the original punishment. The University’s sole professed reason for doing so was the “strong desire within Emory Community, including alumni members and the Board of Trustees, for KA and Chi Phi to return to campus in time for the 150th anniversary of the organizations at Emory.” Clearly, Emory is more focused on its image and relationships with alumni than substantive change.

The University has repeatedly insisted on its commitment to anti-racism. Although they may be minor steps, administrators have promised to devote a general education requirement to race and identity and started to review policing on and around campus. And yet, Emory still empowers racist organizations like KA and hurts BIPOC students in the process. That’s not social or racial justice. It’s performance.

A significant culture shift in Greek life toward genuine anti-racism and greater University oversight is long overdue. If that is not accomplished, there’s only one way to go: abolish Greek life.

Correction (10/29/2020 at 6:48 p.m.): A previous version of this article stated that a portrait of Confederate General Robert E. Lee hung in Emory’s Kappa Alpha Order chapter’s house. In fact, the portrait was removed in the spring of 2020.