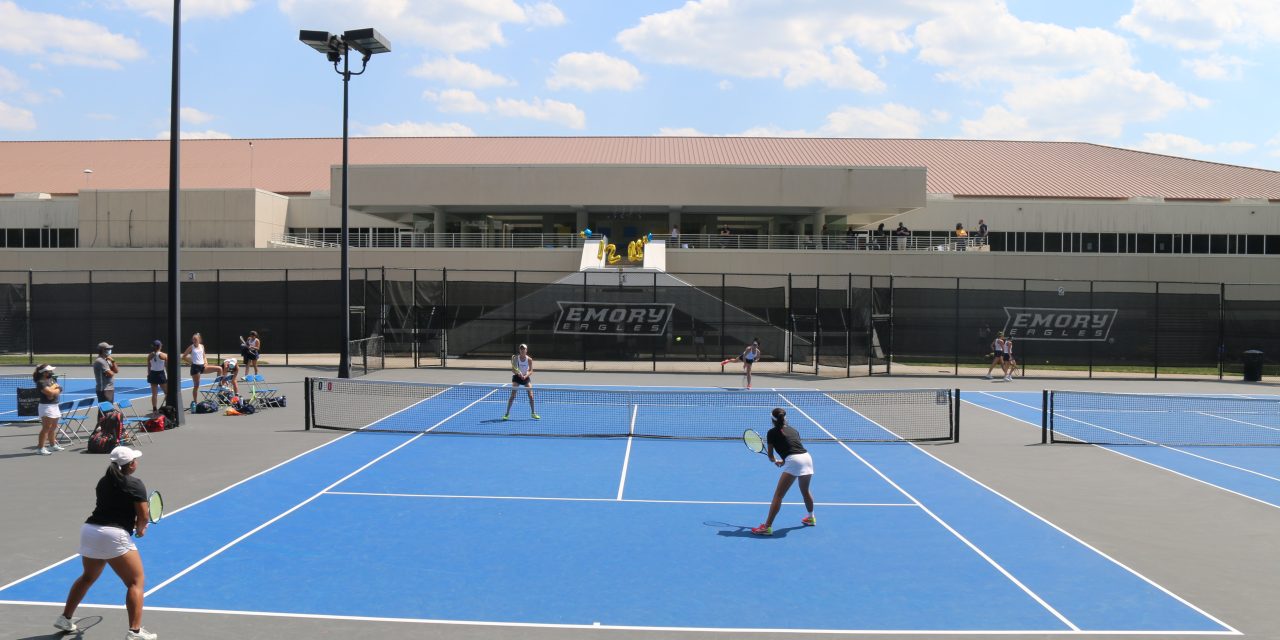 Even though Emory’s men’s and women’s tennis teams’ fall seasons will wrap up soon, they have not seemed to slow down in the slightest.

In the last few weeks, the teams have collectively claimed five Regional Champion titles as well as a National one. At the Intercollegiate Tennis Association (ITA) South Regional Championships in Sewanee, Tennessee, from Sept. 24-26, two doubles pairs on both the men’s and women’s teams claimed the Regional title and earned a spot at nationals.

Junior Alexa Goetz and her doubles partner sophomore Xuanjin Li went 5-0 as the top seed at regionals, winning the Regional Champion title together.

This past weekend at the ITA Cup in Rome, Georgia, the pair competed at the national level where they advanced to the quarterfinals and had a tough loss against Tufts. Their teammates, seniors Emma Cartledge and Jessica Fatemi, lost a tough three-set tiebreaker, 2-6, 6-3 (9-11) to Carnegie Mellon University (Pa.), but ended their tournament experience with a victory in their first consolation match.

Women’s tennis head coach Amy Bryant (96B) was pleased with Cartledge’s and Fatemi’s play in the match.

“They did a great job sticking to their game style, strengths and doubles techniques,” Bryant said.

“It’s a solid accomplishment and guaranteed All American honors, but it was way more special doing it with one of my best friends and roommate,” Esses said. “It’s an accomplishment we will share and look to build on.”

At the ITA Cup, the two had a victorious match against the University of Mary Washington (Va.), winning 6-3, 6-3 and securing a spot in the quarter finals.

After winning another match, Esses and Raina lost in the semifinals to Claremont-Mudd-Scripps Athenas (Calif.) by a score of 6-3, 6-2. The senior pair competed alongside their teammates junior Samuel Dean and fifth year Santiago Suarez, who lost a tough first round battle against Washington University in St. Louis (Mo.).

While the doubles teams had mixed success at the ITA Cup, freshman Eliza McPherron earned a spot in the singles draw at the ITA Cup after becoming the Regional Champion.

McPherron went undefeated in four tough matches, earning the National Champion title. She played her first match against an opponent from Carnegie Mellon, winning 7-6, 6-0, followed by two other victories against Washington and Lee University (Va.) and Pomona-Pitzer Sagehens (Calif.), winning 4-6, 6-1, 6-0, and 6-2, 3-6, 6-3, respectively. These victories gave McPherron a spot in the finals where she beat Middlebury College’s (Vt.) freshman Sahana Raman 3-6, 7-5, 6-2.

While Bryant is thrilled about the victory, she is not surprised with McPherron’s success in the tournament and throughout the fall season.

“Eliza has added a great spark to the team,” Bryant said. “She is very coachable, always willing and open to learning as much as possible. She has a great foundation for the game.”

It is clear there is more to come from the freshman, and she is excited for the upcoming competitive season.

“People get so into it, lined up on the courts, playing next to each other and cheering each other on,” McPherron said.

As their spring season approaches in February, Bryant and the Eagles are looking forward to the team’s season and have a positive outlook for the season.

“We are going to work together and have a great time doing it,” Bryant said. “This is a great team; we are a big family.”

McPherron also noted that having her teammates and coaches surrounding her on the court definitely had a huge impact on her success.

“It is very different from juniors where it is all individual as you show up with your parents rather than a team,” McPherron said. “Having a team makes all the difference.”

The Eagles have their next matches Oct. 29-31 at the Wofford Tournament at Wofford College (S.C.). 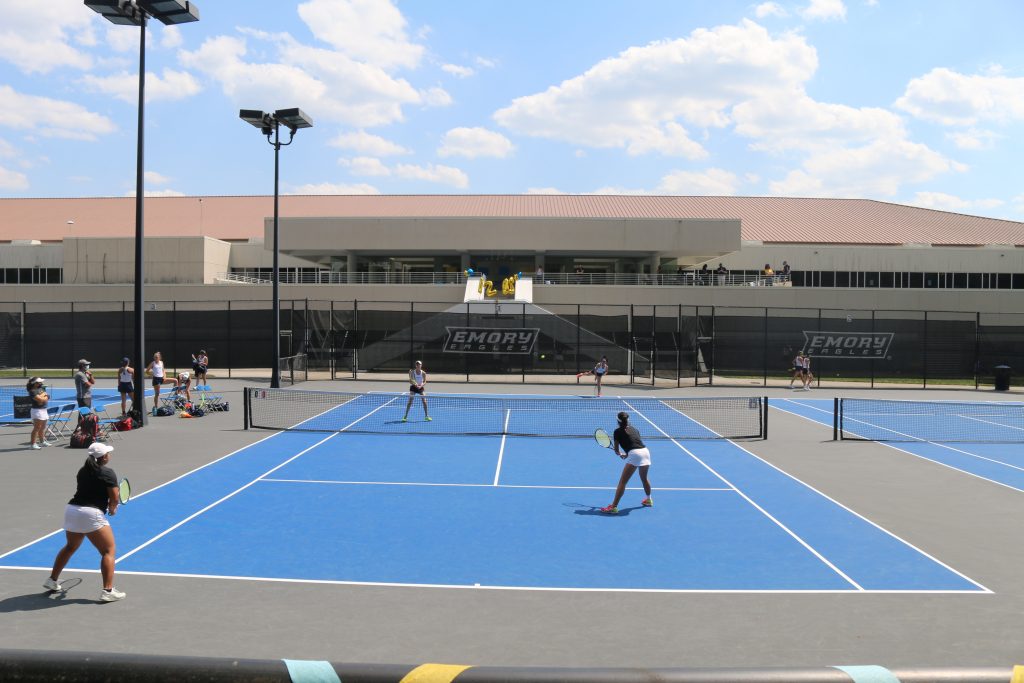