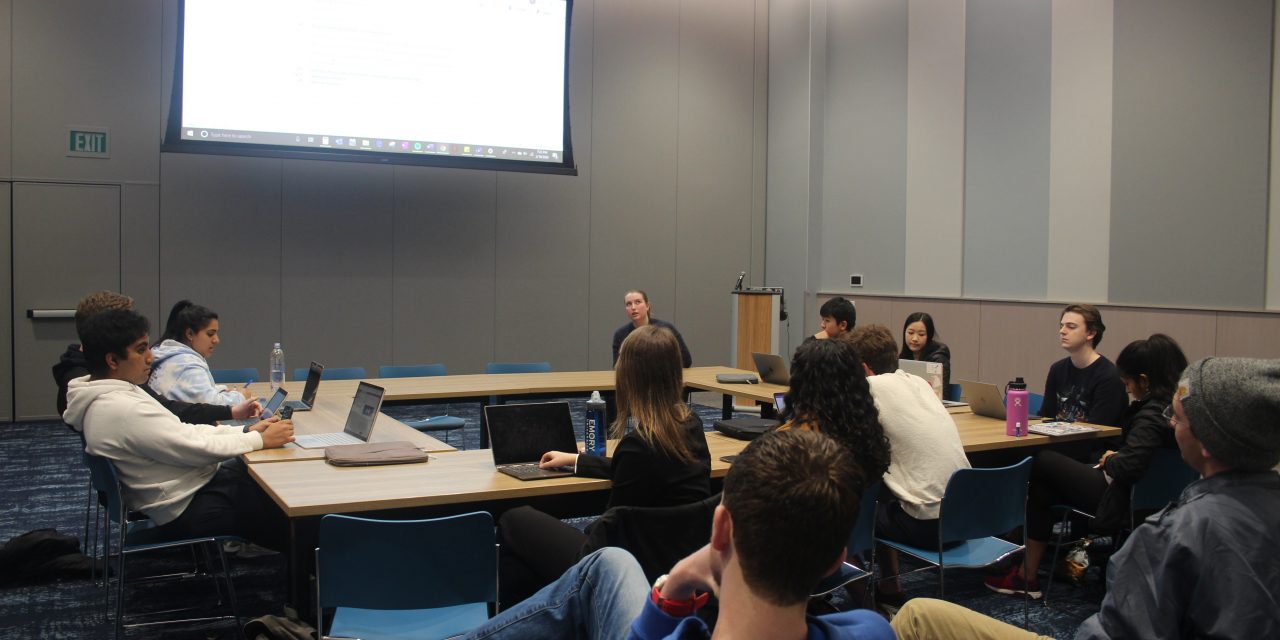 The Constitutional Council will hold pre-trial proceedings for the case Park v. Steffel et. al. before a public hearing set for either April 8 or 9, according to a Sunday email from Chief Justice Jane Wang (22C) to the parties in the case.

The case was initiated by a petition from Fourth-year College Council (CC) Legislator Sun Woo Park (19Ox, 21C) Sunday afternoon, which featured a 28-page report and 88 pieces of evidence.

He alleged that Student Government President (SGA) Lori Steffel (21B), Bachelor or Business Administration (BBA) Council President Emily Ferguson (21B) and BBA Council Vice President-elect Katie Lee (22B) violated the SGA Code of Elections in campaigning for the joint candidacy of Rhea Kumar (22B) and Nick Paschetto (20Ox, 22B) for SGA president and vice president.

Steffel and Ferguson separately denied that they are members of the Elections Board on March 28.

Wang set the initial date of the hearing for either April 8 or 9.  The Council will decide the official date for the case by April 1, based on the availability of the defendants and the plaintiff. Steffel, Ferguson, Lee, Kumar and Paschetto have until the end of Wednesday, March 31 to submit their responses to Park’s allegations along with any evidence.

All parties must submit materials for the hearing by the end of Sunday, April 4. The Council decided that evidence from anonymous sources will be accepted. SGA Attorney General Ryan Murray (19Ox, 21C) will vet the evidence, and the identity of the anonymous witnesses will not be revealed to the public.

Wang also clarified the rules for the proceedings, which include eight-minute opening statements from each side. The plaintiff and the defendants can  call witnesses for both direct and cross-examination. The Council will then be allowed to pose questions to both sides.

The hearing will take place over a Zoom webinar broadcast live for public viewing. The Council will make all case materials public to those who request them after the hearing.