Open Letter to the Emory Community Regarding Sunwoo Park’s Petition

Editor’s Note: After this piece was published, the Constitutional Council ruled that Ferguson was a member of the Elections Board. You can find the ruling here.

By now, many people in the Emory community have seen the Instagram post and Emory Wheel article making false claims about my involvement in the spring 2021 elections. As an advocate for the democratic process at Emory University and as former speaker of the Student Government Association (SGA) legislature and current BBA Council president, I was shocked and hurt when I learned of the misguided attempt to overturn the recent election. I am writing this open letter to the Emory community to defend myself.

Last week, Sunwoo Park (19Ox, 21C) filed a petition to nullify this year’s presidential and vice presidential SGA elections, claiming that I improperly campaigned for candidates Rhea Kumar (22B) and Nick Paschetto (20Ox, 22B). His claim of impropriety is based on his mistaken belief that I am a member of the Elections Board. However, I have never been nominated, appointed or approved as a member of the Elections Board. Park is misguided on this notion.

With even a modicum of research, Park would have discovered his claims are off base, and with a little fact-checking, the Wheel could have debunked his petition. It would have taken no more than 30 seconds for him and the Wheel reporters to look up the current Elections Board members. If Park and the reporters had any doubt after searching, a simple email confirmation could have resolved this issue. The context of Park’s petition is based on the following: Elections Board members are not allowed to campaign for SGA candidates. This is true. But I have never been an Elections Board member. Therefore, there is no prohibition against my campaigning for any of the candidates.

The Elections Board oversees elections. As part of this duty, Elections Board members sign a waiver that promises their neutrality.  A divisional commissioner is not bound by any such waiver. As someone passionate about the future of the University, I felt compelled to help guide its future by endorsing Kumar and Paschetto.

Up until these false accusations were levied at me this past week, I have never questioned or regretted the hours I have spent serving the Goizueta Business School and the University community. I have put my heart and soul into student government at Emory and have acted consistent with my constitutional obligations. Yet, I am currently the subject of a social-media attack orchestrated by Park.

I would like to request that both Sun Woo Park and The Emory Wheel correct their mistake with as much zeal as when they first apprised such accusations.

Finally, because I care about the University and I love this community, I also want to acknowledge the hard work of Rhea Kumar (22B), Rachel Ding (20Ox, 22B), Amon Pierson (22C) and Nick Paschetto (20Ox, 22B). I detest that this situation has taken away from their ability to celebrate their victories, to celebrate their excellent campaigns and to start their important work of serving the Emory student body.

Emily Ferguson (21B) is from Cincinnati, Ohio. 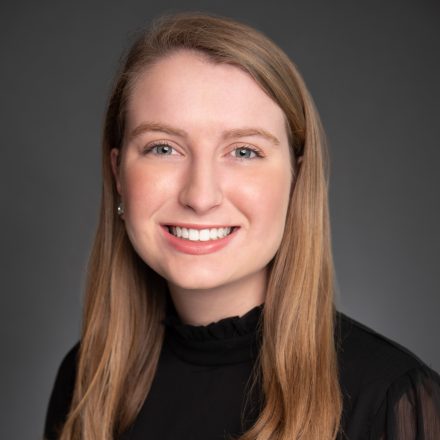 Emily Ferguson (21B) is from Cincinnati, Ohio, majoring in business and political science.