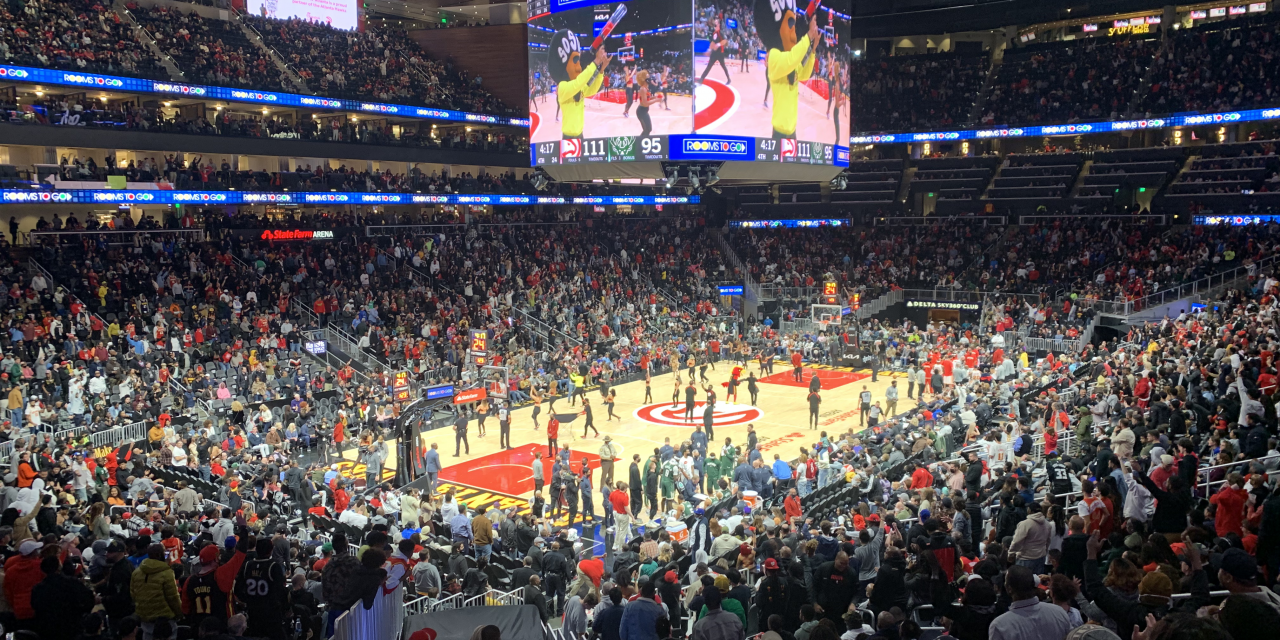 The start of the 2021-2022 NBA season has not been kind to the Atlanta Hawks. After making it to the Eastern Conference Finals last season, the Hawks had high expectations. However, the team has had a slow start to their season, placing fourth out of five teams in the Southeast division of the Eastern Conference.

The Hawks continue to be led by superstar guard Trae Young and are running on a 8-9 record. After a rough six-game losing streak, the Hawks recovered with a win against the reigning champion, the Milwaukee Bucks, on Nov. 14. The Hawks came out on top 120-100 against the Bucks at home in the State Farm Arena, hopefully giving them a confidence boost that can propel them into the rest of their season.

Coming back home and facing off against the Bucks proved to be a huge stage for the Hawks after last season’s disappointing series loss to Milwaukee in the Eastern Conference Finals. Winning on such a stage was a huge morale boost and followed in suit with Young’s determination to turn their season around.

The Hawks took the court with their usual starting five — guards Young and Kevin Huerter, center Clint Capela and forwards John Collins and Bogdan Bogdanovic. The first basket of the game was a deep 3-pointer from Young, setting the tone for the game. Young sank five 3-pointers in just the first quarter, exciting his teammates and fans.

A common thread throughout the first half was how different the pace of play was between the Hawks and Bucks. Given their history, I expected the Bucks to grab hold of the game with physicality and intensity; however, the pace greatly favored the Hawks.

At the end of the first half, the score was 58-44 with the Hawks in control. The Bucks did not seem like a champion team; their players seemed sluggish compared to the agility of the Hawks. In the third quarter, power forward Giannis Antetokounmpo picked up the physicality, charging the basket and using his sheer size to get the ball in the basket.

With Antetokounmpo’s increased intensity came increased frustration, and a travel violation resulted in him being taken out at the end of the third quarter. Even with the change in pace, the Hawks never lost their lead. The arena erupted with fans cheering on dunks by Collins and the beautiful ball movement put on display by the Hawks.

Changing their pace of play was a huge focal point for the Hawks. Getting back to their high-intensity ball play bolstered by the admiration of the fans worked in tandem to help the Hawks come out on top.

By the time the fourth quarter came around, “timeout Bucks” became a common phrase. The energy of the Hawks was undeniable, and difficult for the Bucks to get ahold of. Antetokounmpo ended the game with a mere 26 points, followed by point guard Jrue Holiday who contributed a solid 19 points. The Hawks’ top scorers were the difference, though. Young ended the night with 42 points complimented by 19 points from Collins.

“Coach preaches to us to always protect home court,” Collins said. “I agree with him 100%. We always want to come in here and give the fans a show and a win. We need to make this place a beacon for us to come and win games.” 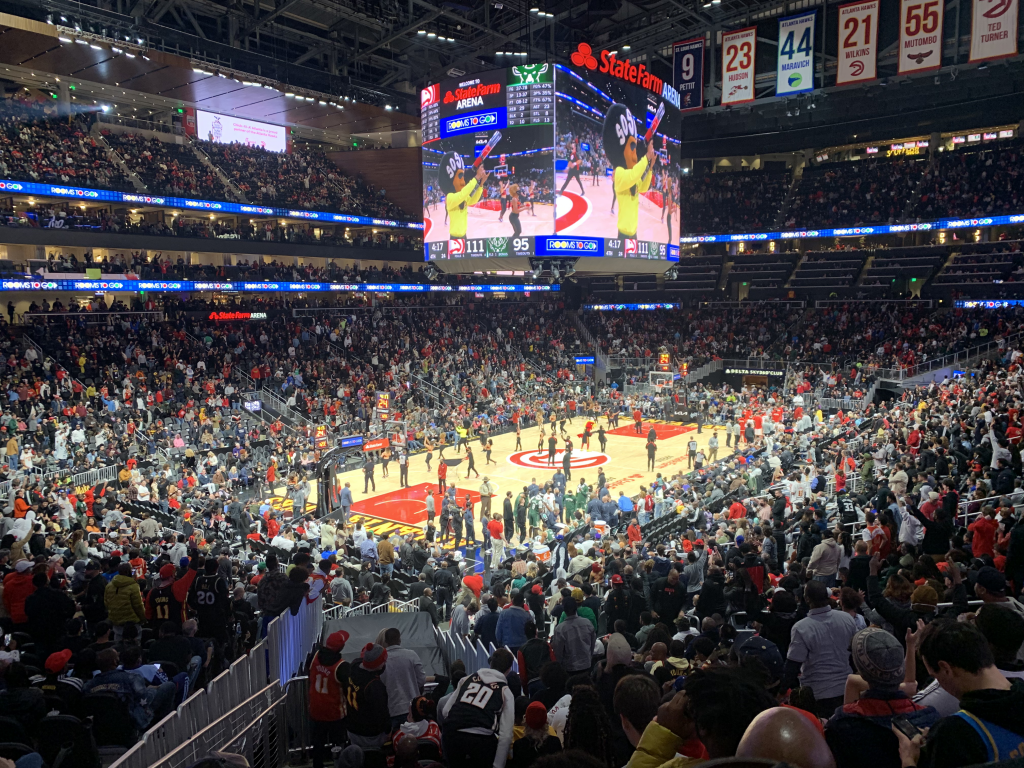 The Hawks defeated the Bucks on Nov. 14. (Sofia Himmel/Associate Editor) 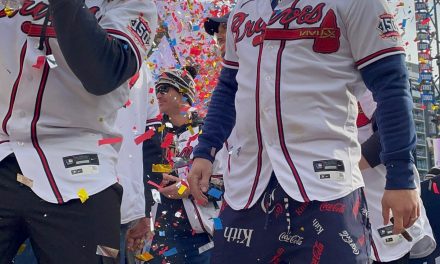