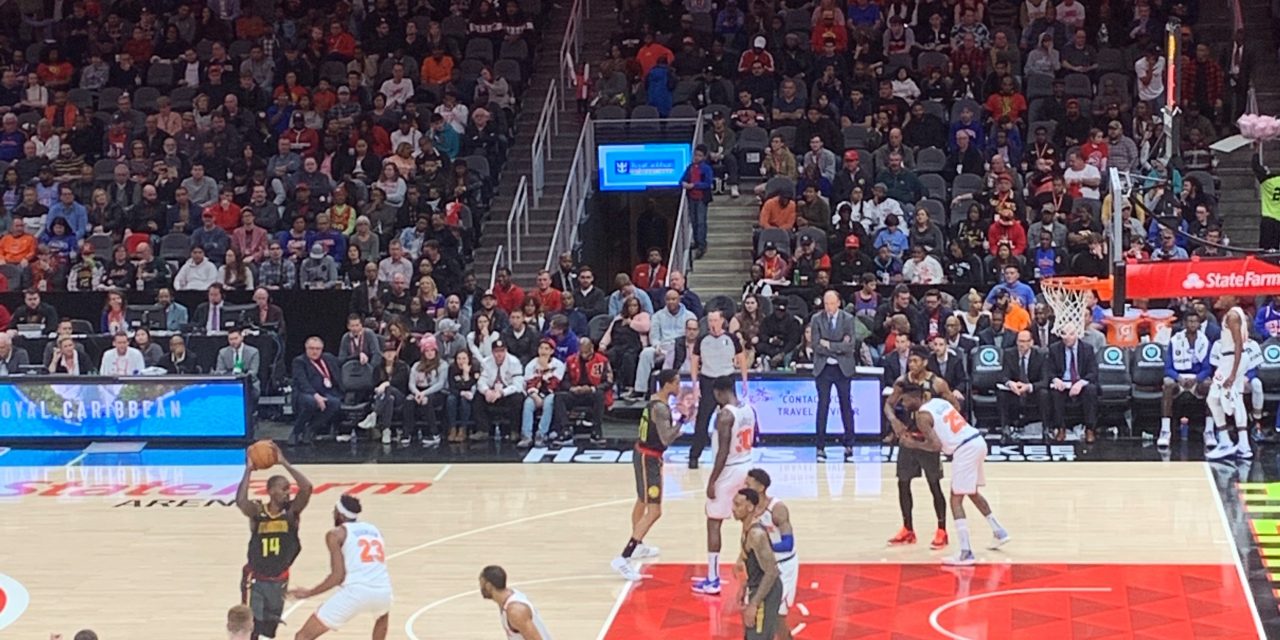 The Milwaukee Bucks defeated the Atlanta Hawks in Game 6 of the Eastern Conference Finals on July 3, which was held in Atlanta. The Bucks advance to the NBA Finals for the first time since 1974 where they will face the Phoenix Suns.

Game 6 was a must-win for the Hawks as the Bucks held a 3-2 series lead. Both teams’ star players, Bucks forward Giannis Antetokounmpo and Hawks guard Trae Young, suffered injuries during the series, a recurring theme with big name players this postseason. With Antetokounmpo sitting out again for Game 6, the Hawks had an opportunity to extend the series to seven games with Young returning to action from a bone bruise. However, the chips didn’t fall Atlanta’s way, and the Bucks defeated the Hawks 118-107.

The Bucks went on a very early 7-0 run to start the game and held on to the lead for the remainder of the game. Nearly every time the Hawks made a push, the Bucks shut it down by scoring another basket. The Hawks had missed 15 of their last 18 shots at the seven minute mark in the second quarter. Despite the lackluster performance from the Hawks in the first half, shooting 30% from the field, they were somehow still in the game, trailing by only four at the intermission.

All-Star forward Khris Middleton led the Bucks coming out of halftime and played a crucial role in the team’s efforts to pull ahead. Middleton finished with 32 points, and 23 of those came in the third quarter. With 27 points from Jrue Holiday, the Bucks had a commanding 19-point lead at the end of the third quarter.

Hawks forward Cam Reddish, who missed most of the season due to injury, helped minimize the team’s deficit by coming off the bench and draining six three-pointers on seven attempts, finishing the game with 21 points. The Hawks made a late push and cut the Bucks’ lead to six with about four minutes left in the final quarter, but it was not enough to complete the comeback.

Young did not look like his normal self, shooting 4 of 17 from the field and finishing with 14 points, compared to his average of 28.8 points per game in the 2021 NBA Playoffs. Throughout the game, it was clear that Young was dealing with his injury as he later noted in his postgame press conference; yet Young still managed to play 35 minutes in hopes of salvaging the season.

“It’s definitely frustrating not being healthy and not being able to give my full 100%,” Young said.

Despite the outcome, the Hawks more than exceeded expectations for both the regular season and postseason. The team dealt with a lot of adversity and change throughout the course of the year, including Nate McMillan stepping in as interim head coach after the team started off 14-20 and fired former head coach Lloyd Pierce. Since March 1, the Hawks amassed a 37-18 record, earning the most wins in the Eastern Conference during that time.

McMillan was proud of the group for their resilience and fight in what was a difficult season both on the sidelines and on the court.

“They’ve shown a lot of growth and they’ve certainly improved over the season,” McMillan said. “I never had to question their effort this season.”

A team with a solid, young core had a lot of the correct pieces, but some of the players knew they were missing playoff experience. Picking up crucial experience during a deep postseason run, many predict the young roster will be in an even better position for seasons to come.