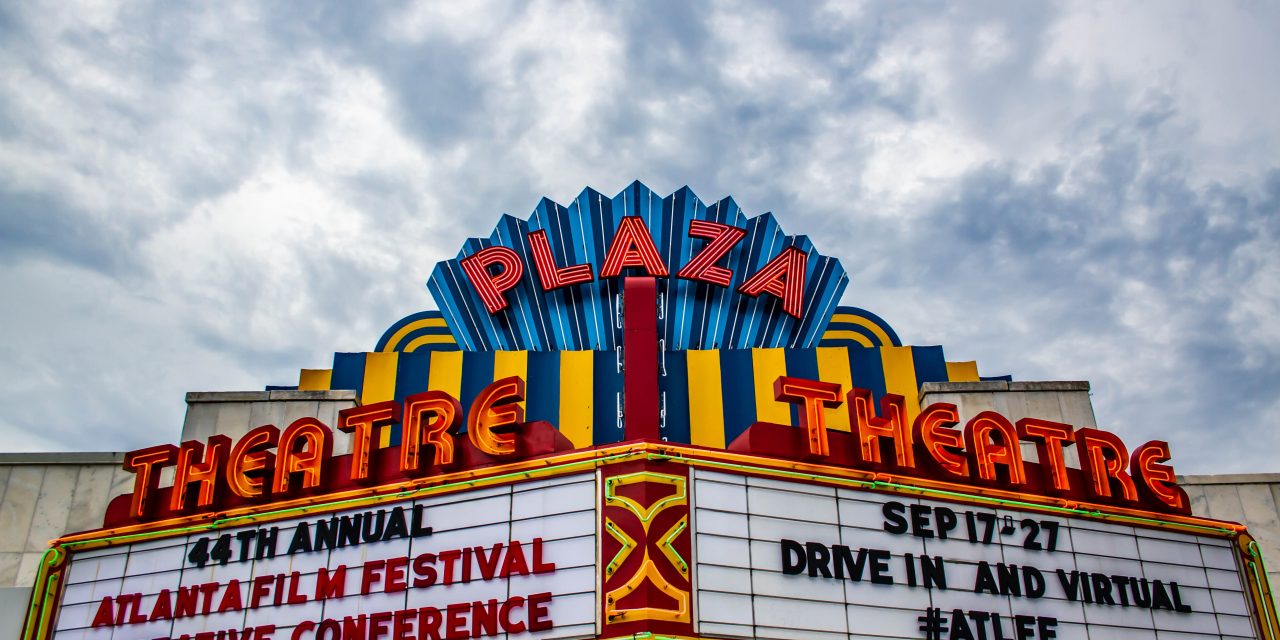 The world has gone awry since the pandemic first began in early 2020, and major events have been canceled as a result, from the Met Gala to Coachella. For the most part, however, film festivals have adapted to complications arising from COVID-19, and this year’s Atlanta Film Festival, which ran from Sept. 17 to Sept. 27, was no exception. With a mix of virtual and drive-in screenings, the festival continued its celebration of diverse stories and voices in this new, safer format. Many of these films showcased themes anyone living through our strange time should be familiar with by now: resilience in the face of socioeconomic hardships. Wheel writers Bridget Barnsley (20Ox, 22C), Alison Rothman (23C) and Saru Garg (22C) viewed some of the festival’s virtual offerings, and below are capsule reviews of the films they saw.

This documentary follows famed Swedish opera singer Siv Wennberg (a.k.a Siv the Diva), trying to revive her career after being abandoned by the opera community in 1991. At the height of her fame, Wennberg was betrayed on a trip to Germany, shunned and denied event bookings by the opera community, causing her to disappear from the public eye. Throughout her life, she refused to succumb to the pressures placed upon women. Almost 30 years later, 77-year-old Wennberg, an outcast without money or fame, decided to get back into the opera world.

“The Revenge of the Diva” provides an eye-opening view into the opera industry. It uses a mixture of found footage and present-day film to contrast Wennberg’s life and detail her strategic use of her past to get what she deserved. The film does not shy away from showing her failures, which only accentuates the eventual success.

While the film’s beginning drags, watching the different stages of Wennberg’s life pan out gives the audience a well-rounded perspective of her full journey and the effort she put into bringing her name back into the conversation. Wennberg’s resilience and firm stance coalesce to make “The Revenge of the Diva” an enlightening experience for music fans everywhere, even if they don’t know much about opera. 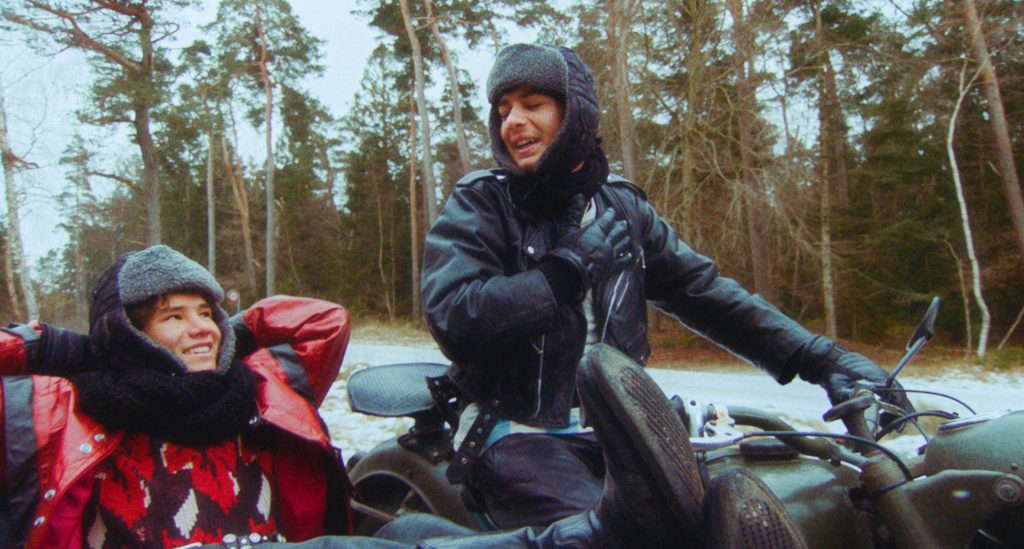 Qodrat (Qodratollah Qadiri) imagines himself in a Bollywood musical sequence with his friend Hasib (Hasibullah Rasooli) in “The Orphanage.”/Courtesy of Virginie Surdej.

Wartime and occupation have been an ever-present part of human history, and nowhere has it been more prevalent than in the Middle East. The latest film from Afghan filmmaker Shahrbanoo Sadat, “The Orphanage,” focuses on an especially vulnerable population of orphans during the Soviet Union’s occupation of Afghanistan in the 1980s. Sadat sets her film during 1989 — the last year of the occupation — and follows a group of orphans, including 15-year-old Qodrat (Qodratollah Qadiri), that has recently arrived at an orphanage in Kabul.

Though it takes place during a precarious and historical time, much of the film feels very much like a slice-of-life, coming-of-age film. The audience watches the boys in this movie talk about their crushes on girls, play football and attend their (Soviet-sponsored) classes. This may have been boring in a lesser filmmaker’s hands, but Sadat imbues the film with a sense of transportative realism that makes the audience feel as if they are right there experiencing these days with the characters, mostly unaffected by a war that rages all around them.

This naivete, obviously, does not last, and this is where one of Sadat’s boldest and most innovative choices comes into play. Qodrat is shown at the outset of the film, before he arrives at the orphanage, as a movie ticket scalper who is enthralled by the Bollywood films that are popular in Kabul. In the course of the film, Qodrat processes events that happen to him through the lens of Bollywood films, and the film illustrates this through sudden shifts into Bollywood reenactments, complete with lip-syncing that mimics both the costuming and the camerawork of popular 1980s Bollywood movies. At first, these reenactments are few and far between, and Qodrat uses them to process feelings such as his first love. However, as war invades his peaceful life and violence begins to envelop his reality, these reenactments become more frequent. With this motif, Sadat illustrates the power of cinema’s escapism and the incomprehensibility of war for the young.

Chris Bailey’s sports drama follows former basketball star Curtis (Dwight Henry) as he searches the streets of Detroit for his lost championship ring. Curtis suffers from schizophrenia and finds himself stuck in the past, unable to come to grips with everyone around him moving on from high school. The film follows Curtis in this cycle as he meets a young boy (Alex Henderson) who tries to help him find his ring and get to know who he really is. The two form a bond over their mutual love for basketball, as Curtis agrees to coach the boy in exchange for his help finding the lost ring.

The film successfully juxtaposes both Curtis’ point of view with those around him, pushing the audience to empathize with and recognize Curtis for what he is. The darker tones of the film are well balanced with Curtis’ relationship with the boy as he tries to coach the boy at basketball. The film beautifully sheds light on the confusion and hurt that coincide with mental illness and normalizes this pain in a palatable way. “Curtis” shows that everyone has a backstory, even the random people you see on the street, and stresses the importance of not immediately judging them or brushing them aside.

“15 Things You Didn’t Know About Bigfoot: Number 1 Will Blow Your Mind” is a comedy mockumentary that follows a journalist, his cameraman and a bigfoot hunter as they get into trouble in the woods while trying to find the infamous sasquatch. However, unlike other films within the same genre, director Zach Lamplugh’s film is disappointingly unfunny. The movie begins by introducing the main character, Brian (Brian Emond), a cynical and arrogant journalist who believes he is too good to be covering small stories. Brian and his cameraman, Zach (Zach Lamplugh), are sent on an assignment to cover a Bigfoot festival in northern Georgia where they meet Jeff (Jeffrey Stephenson), a Bigfoot expert with a large YouTube following.

The story continues as Jeff takes Brian and Zach into the woods on a camping expedition to find Bigfoot. Here, nearly nothing of note happens as most of the dialogue is Brian either making fun of Jeff or complaining about being in the woods. Toward the end of their trek, however, the trio discovers what appears to be a decaying corpse lying under a tree, with no clear cause of death. Immediately after this incident, the audience is bombarded with confusing plot twists, new characters and unrelated storylines that have little to no relevance to the film thus far. In the end, Bigfoot saves the day during a shoot-out with a drug cartel and the three main characters get the satisfying endings they never deserved. Zach and Brian get promoted and Jeff’s ex-girlfriend suddenly falls back in love with him.

With nauseating camerawork, excessive narration and uninspired performances, “15 Things You Didn’t Know About Bigfoot” really misses the mark. The horror isn’t horrifying, especially since the cameraman always seems to just miss the action. The comedy also isn’t well-developed, relying on simple conflicts toward the beginning of the film and changing course with complicated, incoherent twists at the very end. There were a few times during this movie where I found myself chuckling, but it wasn’t at anything I hadn’t heard before. The film did have some heartfelt scenes that were surprisingly emotional and effective, bringing a much-needed depth to the story. However, this film doesn’t really stand out in any memorable way and, unfortunately, I didn’t learn anything about Bigfoot that I didn’t already know.

Barnsley, Garg and Rothman’s article features in a three-part review of films shown at the 2020 Atlanta Film Festival. Read the other two articles here. 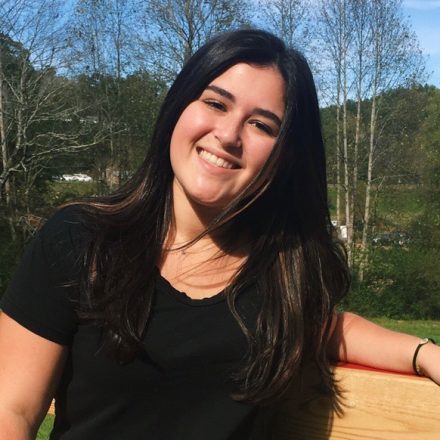 Alison Rothman (23C) is from Boca Raton, Florida, majoring in film and media studies. Her hobbies include watching TV, embroidery and obsessing over fictional characters. If you have a couple of hours to spare, ask her about the Marvel Cinematic Universe, The Lonely Island or why she thinks animation is an under-appreciated medium in Hollywood. Contact Rothman at [email protected]