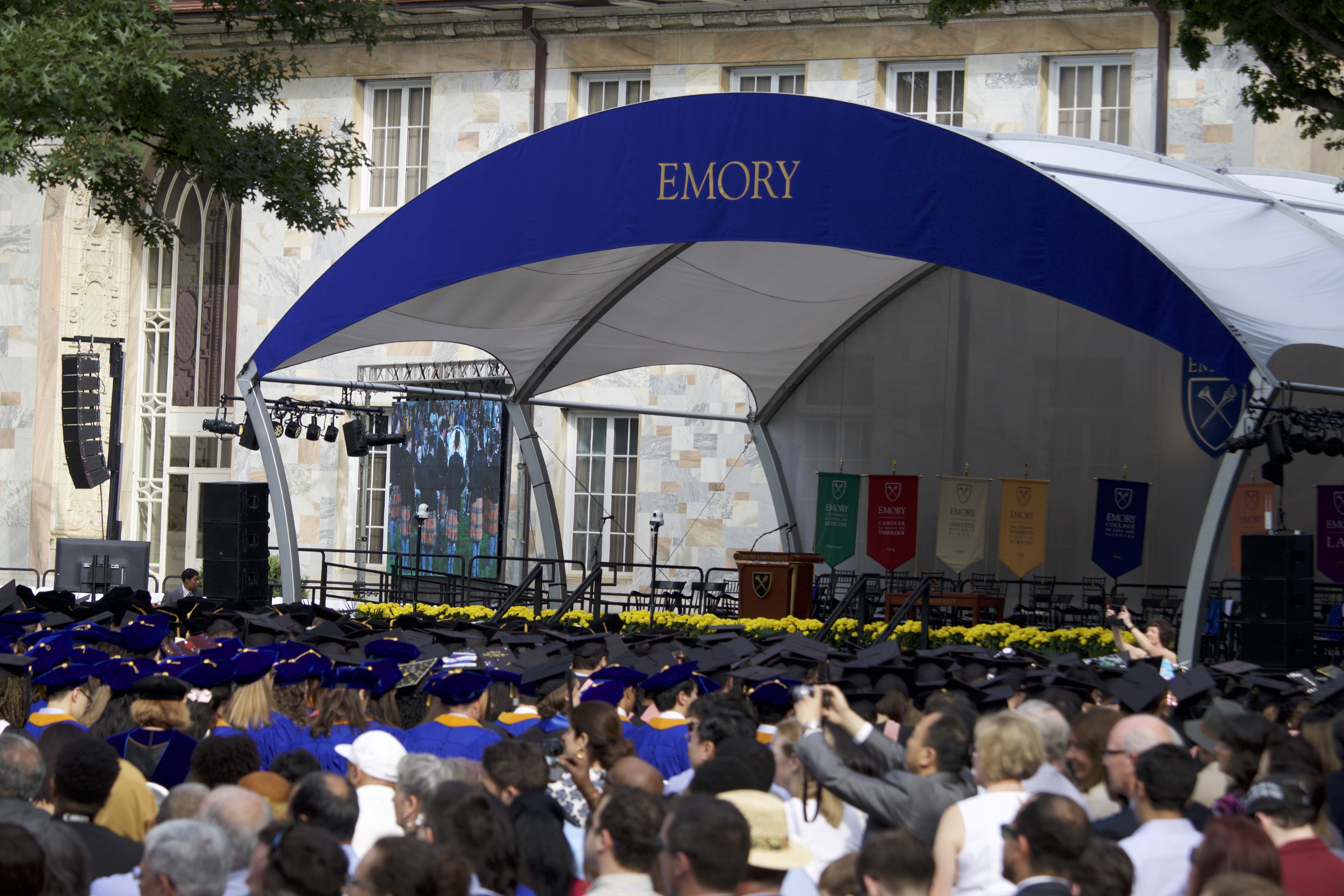 Lining the side of the Quadrangle in black caps and gowns, Class of 2016 graduates were honored in Emory’s 171st Commencement ceremonies Monday, May 9.

University President James W. Wagner differentiated this year’s graduates from other classes by naming them as “entrepreneurs of care” at his final Commencement as president. He cited multiple initiatives created by student “entrepreneurs” in the past few years, such as Campus Kitchens, Freedom at Emory and TableTalk.

“Collectively, these contributions add to the extraordinary nobility of this community — a community which demonstrates again and again that a university can have a soul,” Wagner said. “Emory truly endeavors to be both great and good, and it has been my joy to be a part of it.”

Dean of Emory College Robin Forman lauded students in the College for their entrepreneurial spirit and willingness to tackle large-scale problems in the community.

“I think that our student body more generally cares about issues both local and global,” Forman told the Wheel. “This group of students … really wants to do something. They want to make a contribution; they want to see things change and are willing to make an effort.”

The two most popular majors in the College were Economics and Biology, with each major hosting over 200 students.

Five students majored in Quantitative Social Science (QSS), a new major in the College offered by the two-year-old Institute for Quantitative Theory and Methods (QuanTM) department. This class was the first graduating class with students of this major.

Class Orator and Class of 2016 College graduate Amiel Fields-Meyer commended the experiences and achievements of his fellow graduates in his speech while outlining broader issues beyond the University, he told the Wheel.

School of Nursing graduate Chuncey Ward echoed Fields-Meyer’s sentiments, adding that his education and experiences at Emory, too, had made a great impact on his life.

“You come in with this perception of what Emory stands for, and everybody knows Emory for its leadership in the community and abroad in everything ranging from research to innovation, and so being accepted here was a huge leap for me and my family,” Ward said. “I’ve definitely been appreciative of this opportunity here.”