When the original Zoolander graced our theaters in 2001, it had one of the most surprising boosts in box office history. It was fortunate to be released at the right time — 9/11 meant we needed something kind of sweet and stupid to laugh at, and it was a film that had both in spades. It was a film we needed in that moment.

And that’s the thing about comedy. Comedy, besides the absolute classics, is about being in the moment and finding what’s funny while you’re there. It’s been 15 years since the release of  Zoolander, and Ben Stiller has returned to attempt to strike in the same place twice.

But as is wont to happen in comedy sequels, Zoolander 2 makes those attempts without a full understanding of why it hit so successfully in the first place.

In Rome, they’re caught up in an international conspiracy, fighting sinister forces alongside the Interpol Fashion Police led by Melanie Valentina (Penélope Cruz), a beautiful former swimsuit model who promises to help Derek get his son back.

Is your head spinning a little? Good, this is about a tenth of the experience of what it’s like to actually sit through this absolute mess of a film. To call this film shaggy is an understatement. This film is a matted fur coat, ugly and messy in a way that removes any aesthetic joy or interesting considerations it could have had.

Within comedy writing, the rule of three is a fundamental role: three repetitions of a joke hit a resolution sweet spot that makes us laugh. But a side rule within that is that each repetition must escalate the joke. Whether more unexpected or strange, each repetition must bring something new. Escalation is difficult, however, as it must keep the joke’s power without diluting it behind audacity or misunderstanding why the first hit.

Thus is the principle behind comedy sequels, and the principle that damns so many of them. Escalation easily brings messiness and lameness if there is no new inventiveness behind it and no basic understanding underscoring it.

While Zoolander 2 may not be patient zero for this problem, it’s the Infectious Disease Ward holding the worst of it.

Let us take the most glaring example: the celebrity cameos. In the first film, there’s a relatively contained number of them, most serving to be appropriately noticed as a part of the satire of celebrity culture inherent to the core of Zoolander.

For this film, the goal seems to be less of fleshing out the world and more of cramming in every single celebrity who enjoyed this film between 2001 and now and might be a recognizable name. It undercuts the satire of the original by giving into celebrity culture and doesn’t replace it with anything new. There’s nothing surreal or world-building or mocking about these cameos, there’s just an attempt to firebomb the audience with the thrill of recognition in the desperate hope that no one will notice that there’s no reason for this.

Furthermore, let’s take the character of Derek Zoolander himself. Derek was a sweet idiot, but he was both of those things in equal measure. His sweetness meant that we kept on board with him as a character, and he was stupid in a way that felt natural to his closed-off world and to the satire.

The filmmakers of Zoolander 2 seemed to understand that people liked when Derek said stupid things in Zoolander. Therefore, in Zoolander 2, Derek is just stupid. Constantly holding that dumb look and mispronouncing and misspeaking is mistaken for character-based comedy; his sweetness does not ground the character or the jokes. It seems as though the years have caricaturized Zoolander and simply adding a desire to get his son back doesn’t mean anything if it isn’t grounded in the rest of his character.

Some of you just want to know if the film makes you laugh. My answer is that it does, but only about half the time. And that half feels largely involuntary, consisting of cheap laughs that you know are going to happen.

The other half comes from the fact that this film has no target. No direction. No satire. Every time I think it has found its target, it ends up being completely wrong. Those jokes have no foundation, and therefore, no punch. The joke that engendered so much controversy from the trailers, that of the nonbinary supermodel “All” (Benedict Cumberbatch), isn’t about mocking Derek and Hansel for their 15-years-removed-from-the-world view, but it’s also not about mocking the changing fashion world (because that would at least be a point of view). But the film has no point of view, because at some point, someone forgot to write satire. Without ideas, there are no real, interesting jokes.

There’s nothing. And that’s what Zoolander 2 is. It’s worse, actually. It’s an embodiment of “Derelicte” — trash dressing up an empty core of a model. It misunderstands why people loved Zoolander and fills it with a stuffing of callbacks that don’t work, jokes that have no grounding and escalations that escalate to nowhere.

Zoolander 2 is the flaming sack of dog shit on the doorstep of films. The only twist is that it made you wait 15 years to step on it. 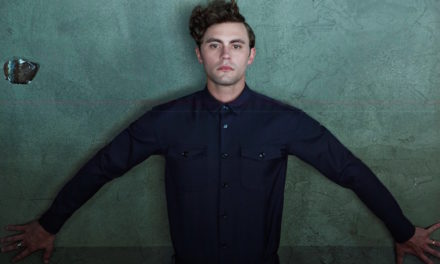 The Marvelous Nine: Ranking the Top Films of the Marvel Cinematic Universe