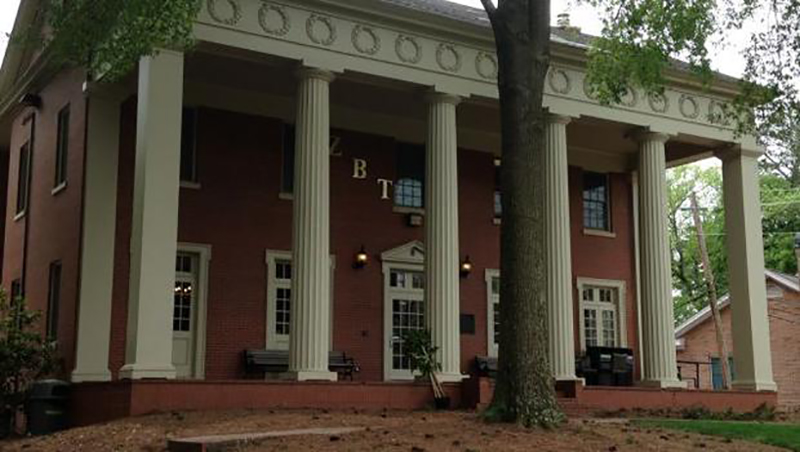 8 Eagle Row formerly housed the Zeta Beta Tau (ZBT) fraternity, until they lost their on-campus housing this summer after an investigation uncovered they violated the undergraduate Code of Conduct.

The chapter lost their on-campus housing at 8 Eagle Row for the 2017-2018 academic year and will be under disciplinary probation until Aug. 1, 2019, according to an Aug. 7 email Campus Life Senior Director for Communications Tomika DePriest sent the Wheel. The chapter will also lose University recognition pending completion of a membership review, according to DePriest. She said that those are the only sanctions being placed on the fraternity.

The Office of Student Conduct, in cooperation with Emory Police Department (EPD), determined that the fraternity violated the Undergraduate Code of Conduct after the office concluded an investigation mid-July into ZBT for allegations of hazing and use or possession of alcoholic beverages under the age of 21, DePriest wrote.

ZBT International Headquarters was notified July 27 that the chapter had violated three codes of student conduct at Emory, according to a July 28 statement Headquarters sent to the Wheel. DePriest originally told the Wheel “serving beverages to individuals under the age of 21” was a third violation but later corrected that statement, saying the chapter was only charged with two violations and that the third she had sent to the Wheel was a “typographical error.”

ZBT has accepted responsibility for the charges, according to DePriest. Former ZBT chapter President Michael James (19C) did not respond to multiple requests for comment.

The chapter is “fully cooperating” with the University, ZBT Headquarters wrote.

“ZBT Professional staff have been working closely with the undergraduate chapter leadership, chapter advisors and university administration to determine the next steps to ensure the Eta Lambda Chapter can meet the expectations of the University,” the Headquarters statement said.

Director of Student Conduct Julia Thompson, Director of Sorority and Fraternity Life Marlon Gibson and Dean of Campus Life Ajay Nair declined to comment and referred the Wheel to DePriest.

Rising sophomore ZBT members previously set to live in 8 Eagle Row were to be relocated to other main-campus housing or the Clairmont campus, according to DePriest. Emory guarantees on-campus housing for freshmen and sophomores. DePriest said that the Housing Office would work with rising juniors and seniors to secure other on-campus accommodations, but there is no guarantee that those members will have housing.

8 Eagle Row is serving as a residence hall for sophomores, juniors and seniors, Turner said.

An April 17 EPD crime report states that an EPD officer spoke with a ZBT pledge regarding an assault at 8 Eagle Row at the Emory University Hospital (EUH) Clinical Interaction Site. The officer determined that the pledge had been allegedly hazed, the report said.

DePriest did not respond to a request about whether there was any connection between that incident and the Office of Student Conduct’s investigation. The case is active and EPD is investigating as of Aug. 24, according to Sgt. John Harper. No arrests have been made.

The report classifies the case as “hazing” and states that the incident occurred between April 13 at 8 a.m. and April 14 at 10 a.m. The pledge was admitted to EUH April 14 at 5:24 p.m. and discharged April 19 at 4:34 p.m., medical records assistant Yolanda Brown said. 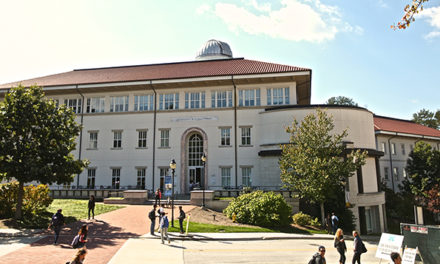