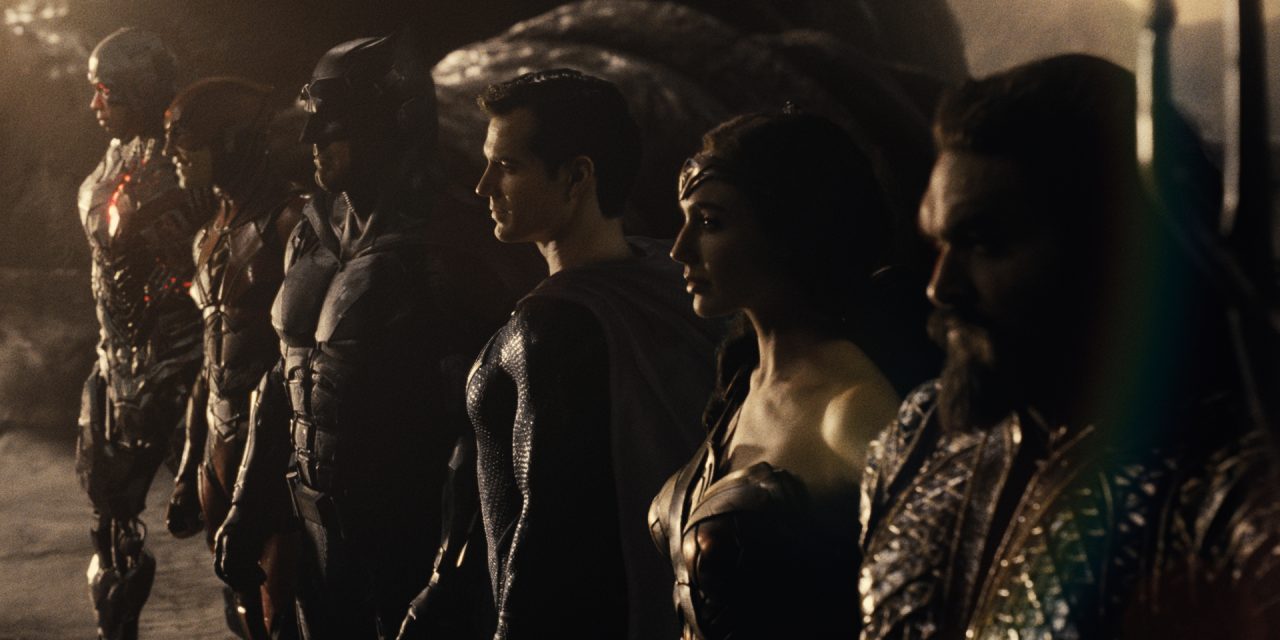 “Zack Snyder’s Justice League” is, in many ways, a historic film. Its release is the culmination of a four-year campaign created by the fans and embraced by the stars of the film in defiance of Warner Bros.’ release of “Justice League” in 2017. After director Zack Snyder’s daughter, Autumn, tragically took her own life, he took a step back from the project, and the studio brought in director Joss Whedon of “Avengers” to finish the film. The result was a critically panned mess of a movie, which prompted fans, who believed it to be the fault of the new director, to demand the release of a “Snyder Cut.”

What began as a pipe dream gained momentum as news surfaced of massive studio interference and Whedon’s major reshoots, attributing only 10% of the original film to Snyder’s vision and footage. Additionally, the film’s cast made accusations of abusive and unprofessional behavior against Whedon, which further rallied public opinion against the original cut, leading to louder demands for the Snyder Cut. Fans were delighted when in May 2020, Snyder announced that his full vision for the film — a four-hour-long behemoth — would be released on Warner Bros. and AT&T’s new streaming service, HBO Max.

Snyder’s film is divided into six chapters in a Tarantino-esque fashion, and each chapter tells its own contained story. The viewer can easily pause and take a break during this four-hour-long epic. The core of the film remains the same as its 2017 version; it depicts Steppenwolf (Ciarán Hinds) seeking out three Mother Boxes that would allow him to turn Earth into a satellite of his home world, Apokolips, and bring his master Darkseid’s (Ray Porter) armada for an invasion so that he can end his exile. The Snyder Cut provides more depth to Steppenwolf’s character, as his relationship with Darkseid is quite strenuous. The character redesign not only portrays him as an intimidating villain, but also allows him to display a wider range of emotions, which heightens the stakes compared to the theatrical edition. Additional dialogue and character motivation for Steppenwolf adds much-needed gravitas to the action set pieces, particularly in the beginning when he attempts to steal the first Mother Box from the Amazons and toward the end as he faces off against the Justice League.

The DC Trinity — Batman (Ben Affleck), Wonder Woman (Gal Gadot) and Superman (Henry Cavill) — all come into their own with subtle improvements that bring them closer to their comic-book roots that fans know and love. No longer is Batman a wisecracking billionaire like Tony Stark; instead, the film focuses on his role as the team’s strategist. No longer is Wonder Woman unnecessarily sexualized; instead, she’s the fierce warrior queen with a touch of kindness. No longer does Superman have a god-awful CGI face to remove a mustache; instead, he finally becomes the beacon of hope his character is supposed to be after “Man of Steel” (2013) and “Batman v Superman” (2016). 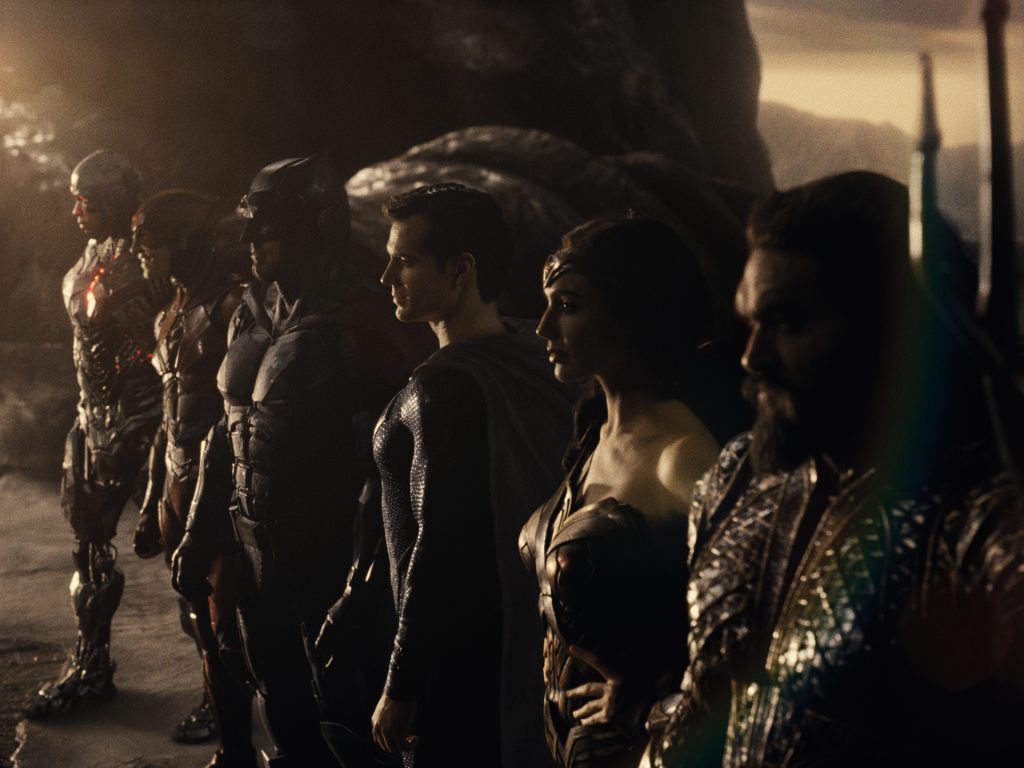 This film radically departs from the 2017 theatrical version in how it treats the newcomers to the DC Universe, particularly Flash (Ezra Miller) and Cyborg (Ray Fisher). While Aquaman (Jason Momoa) has his moments to shine, both comedically as well as poignantly, Flash and Cyborg were largely sidelined in the original film. Flash mainly served as the comic relief, and Cyborg was portrayed as a mere plot device rather than a character with any substance. Now, in addition to providing moments of levity, Flash has a stronger dynamic with his father and plays a major role in the resolution of the final conflict in the Snyder Cut. Cyborg, however, is the “heart of the film,” as claimed by Snyder himself before its release. The character is an injection of pure, raw emotion into the film, and he drives a redemption arc for the entire League. With a comprehensive look into his backstory, Cyborg becomes a character that can tug at the audience’s heartstrings as he overcomes his internal emotional struggles and finds himself leading the charge against Steppenwolf.

Despite its length, the film rarely feels like a drag. It moves along at a brisk pace from character to character as the League assembles and prepares itself for the grand finale. There are plenty of Easter eggs referencing the rich history of the DC Universe for comic fans to get excited about as well. A healthy mix of humor, action and heartfelt character moments makes the Snyder Cut a far superior version of its predecessor. That said, the film is still full of Snyder’s typically divisive aesthetics: muted colors and excessive slow motion. This style may, perhaps, lack the widespread appeal of Marvel. Though the movie has significantly more humor and color than some of the previous DC films, it is very tonally different from Marvel Cinematic Universe movies. For the most part, it succeeds in delivering an entertaining yet heartfelt film that does justice to its iconic characters.

Beyond serving as a cathartic experience for fans who were left unsatisfied with the original version of the film, the Snyder Cut has the potential to have tremendous repercussions for the film industry as a whole. While director’s cuts of films have been released in the past, they usually include additional footage to an already coherent film, and hence, do not significantly change it. A studio has never permitted the use of an extra $70 million to finish reshoots and visual effects for an unfinished version of the film to be released years after the original. Furthermore, the ability to distribute longer films on streaming services makes it an attractive prospect for filmmakers. This could potentially cause filmmakers to prefer a release on streaming platforms rather than theatrical runs for their films, as the former allows them more creative freedom and flexibility with what they can include in their movies.

“Zack Snyder’s Justice League” comes at a critical time in film history. It also lights a fire in the war between streaming services and movie theaters. All the while, it aims to tell a story of some of the most iconic fictional characters while introducing several other heroes to establish a DC Universe on film. While opinions may vary on the degree to which it succeeds in meeting all of its goals, it is undeniably a vast improvement over what we have seen in the past. The Snyder Cut provides enough vindication to the director’s creative vision, the efforts of the cast and crew and the millions of fans whose love and faith willed it into existence.