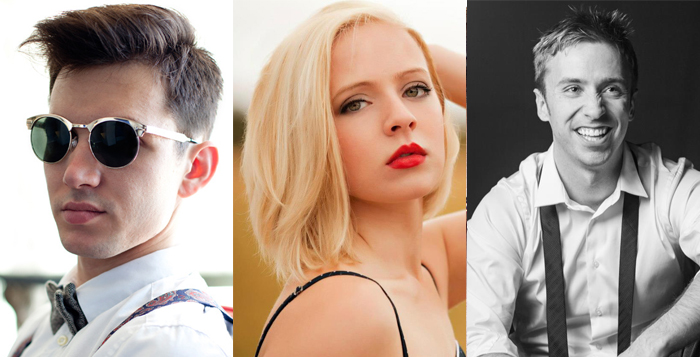 Music can come from anywhere, and there are dozens upon dozens of platforms out there for musicians to get their work out there.

Aside from programs specially tailored to music, like iTunes and Spotify, there are many ways to find music in areas that are used for other purposes, like YouTube.

YouTube has videos on just about anything, but there’s a huge community within the site that’s set aside for musicians.

Viewers go to YouTube to find new artists to listen to, and it’s easy to find people you like because of all the collaborations YouTubers create with each other.

There are loads of musicians who get their big break from their channels and many who use YouTube as their main platform to put their music on display.

Corey Gray is a singer-songwriter from Los Angeles whose main platform for spreading his music is YouTube. He released his first EP, Let Loose, in 2012, which featured four original songs.

In January of this year, he released his latest EP, Y.O.U., the title an acronym for “Your Own Universe,” featuring four more tracks.

Gray’s YouTube channel is filled with dozens of beautiful acoustic covers of chart-topping tracks from artists of diverse genres, from Lana Del Rey to 3 Doors Down. Covers, collaborations and live music are all over his channel, but his original songs are definitely worth a listen, too.

One of his most popular originals is “Step Away,” a song from Y.O.U. that depicts a couple struggling with their relationship. It features Gray singing over a piano backing, a simple combination that highlights the sorrow in the song.

Other original songs and videos Gray has made are very upbeat, celebrating the carefree lifestyle of people who let loose and have fun.

Wisconsin-born Madilyn Bailey has been a musician since she was a child; she plays the piano, acoustic guitar and the drums, but her voice is her most important instrument. She has used YouTube as a way to spread her music to the world since 2009.

With over 100 covers and collaborations, she has made a name for herself as a famous YouTube singer-songwriter. Her tracks often feature her singing over her own piano or acoustic guitar instrumentals.

Bailey’s channel also has vlogs about herself, including videos with Q&A sessions and make-up tutorials requested by her subscribers.

YouTubers like Bailey are known for their creativity, and another example of this phenomenon is Oregon singer-songwriter Peter Hollens, who created his YouTube channel in 2011 and has since made a huge name for himself in the music world. He’s spent his entire life in music; he founded the first official collegiate a cappella group in the state, judged and performed in a cappella competitions and recorded for several studios.

What makes Hollens unique, though, is his multi-tracked a cappella covers he records himself dozens of times and combines every track to create a complete song.

He’s not only the main voice of the song but the instruments and back-up vocals, too. It’s the epitome of a one-man show.

Hollens appeals to all kinds of people: his “Legend of Zelda” and “Skyrim” collaborations with Lindsey Stirling attract the gaming community, his Wicked and Phantom of the Opera compilations attract the musical theater groups, and his covers of chart-toppers by artists like Imagine Dragons and Bruno Mars bring even bigger crowds. When it comes to Hollens, there’s a song for everyone to enjoy.

YouTube has a huge community for music-lovers, and it’s easy for anyone to find dozens of artists they love.

From original music to covers, a cappella to trance, there’s music for everyone.

If you’re looking for new artists to listen to, try the YouTube community, they’ll have something to suit every musical taste.